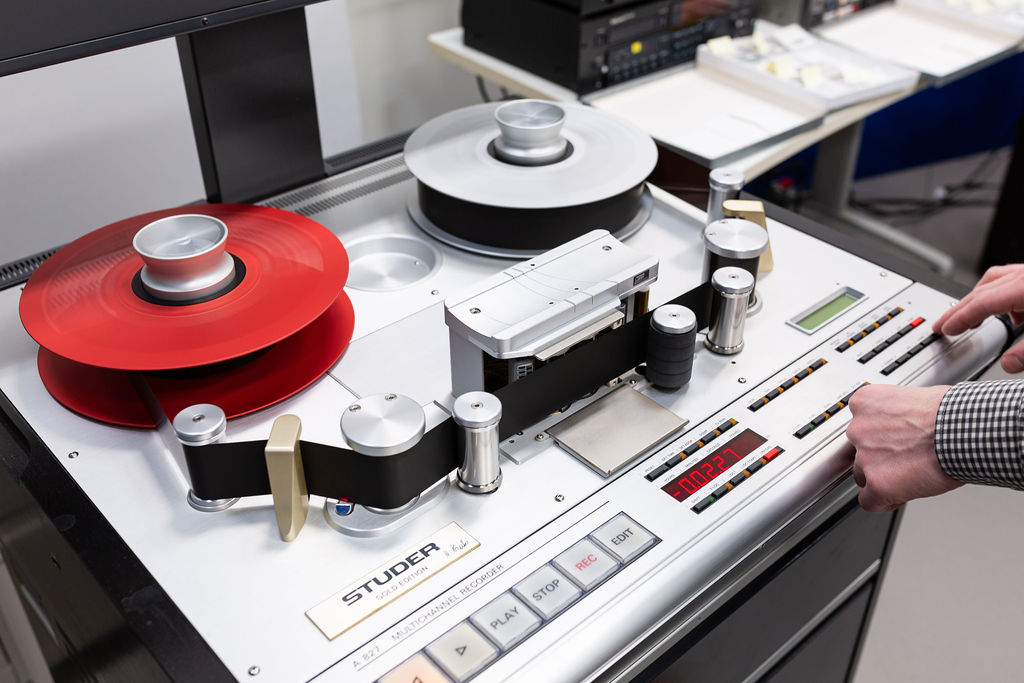 We have been generously supported by the archive’s donor, Universal Music Canada, in our efforts to arrange and describe the entire EMI Music Canada fonds, which consists of approximately 5,500 boxes of material. Universal’s support has enabled the University of Calgary to devote the time of several members of our archives staff to a thorough archival appraisal, arrangement, description, and processing project.

Since 2016, The Andrew W. Mellon Foundation has provided transformative support to the University of Calgary in our effort to develop, test, and execute strategies for preserving a large component of the sound and video recordings from the EMI fonds.

We thank Universal Music Canada and The Andrew W. Mellon Foundation for their commitment to the care, preservation, and use of this extraordinary archival collection.

Since 2016, when the University of Calgary first began to acquire the EMI Music Canada Archive, we have been working to simultaneously receive, organize, describe and preserve it.

Our preservation project objectives are to migrate, manage, provide access to, and digitally preserve a significant portion of the sound and video recordings in the EMI Music Canada fonds.

The Andrew W. Mellon Foundation has provided funding for the three phases of this project. 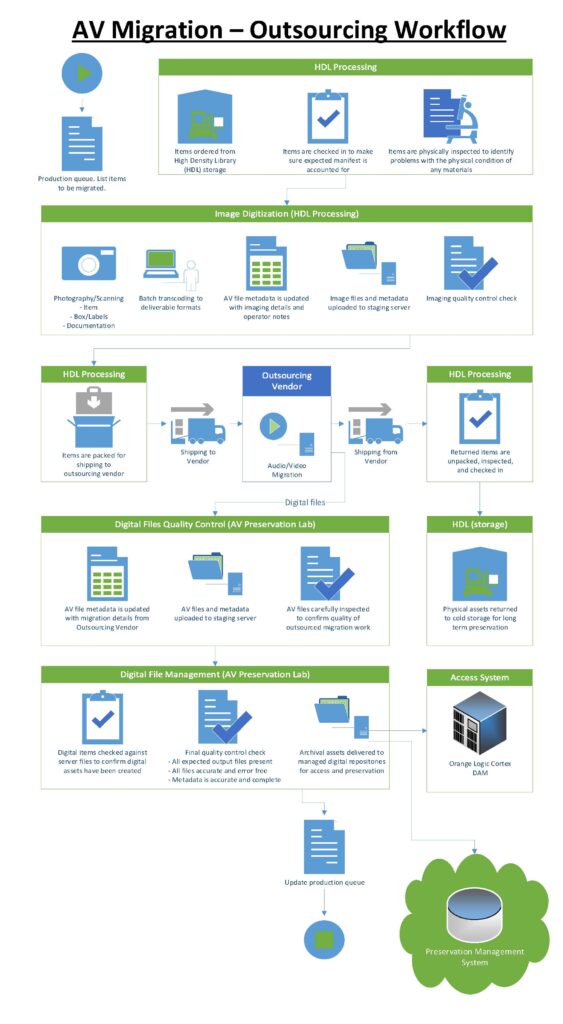 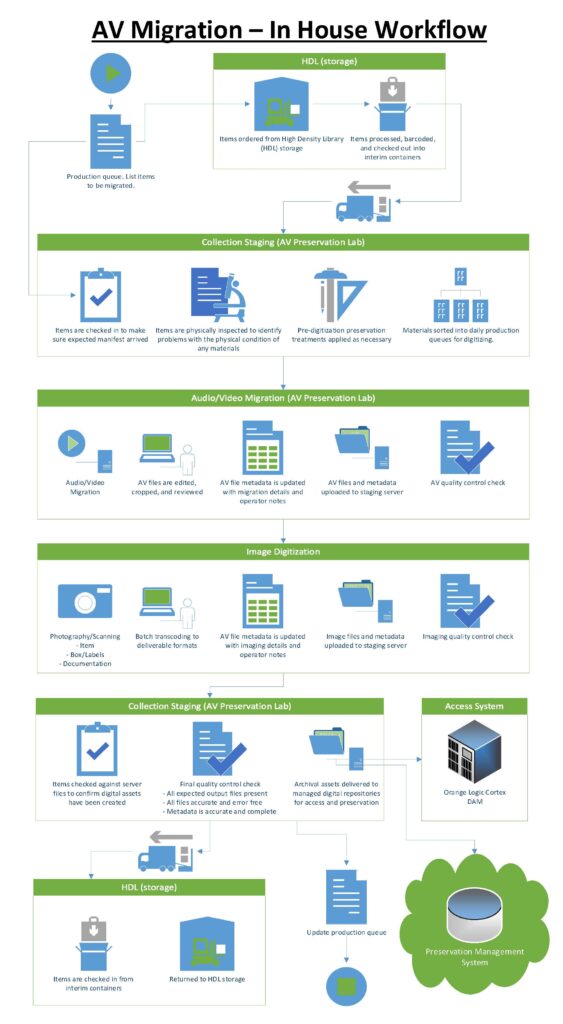 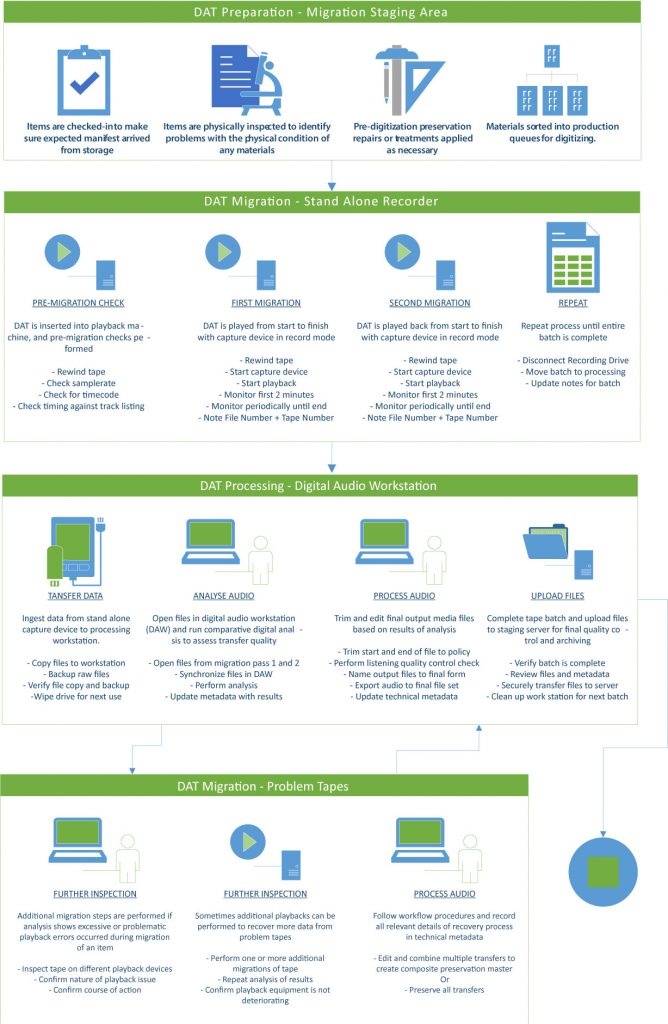 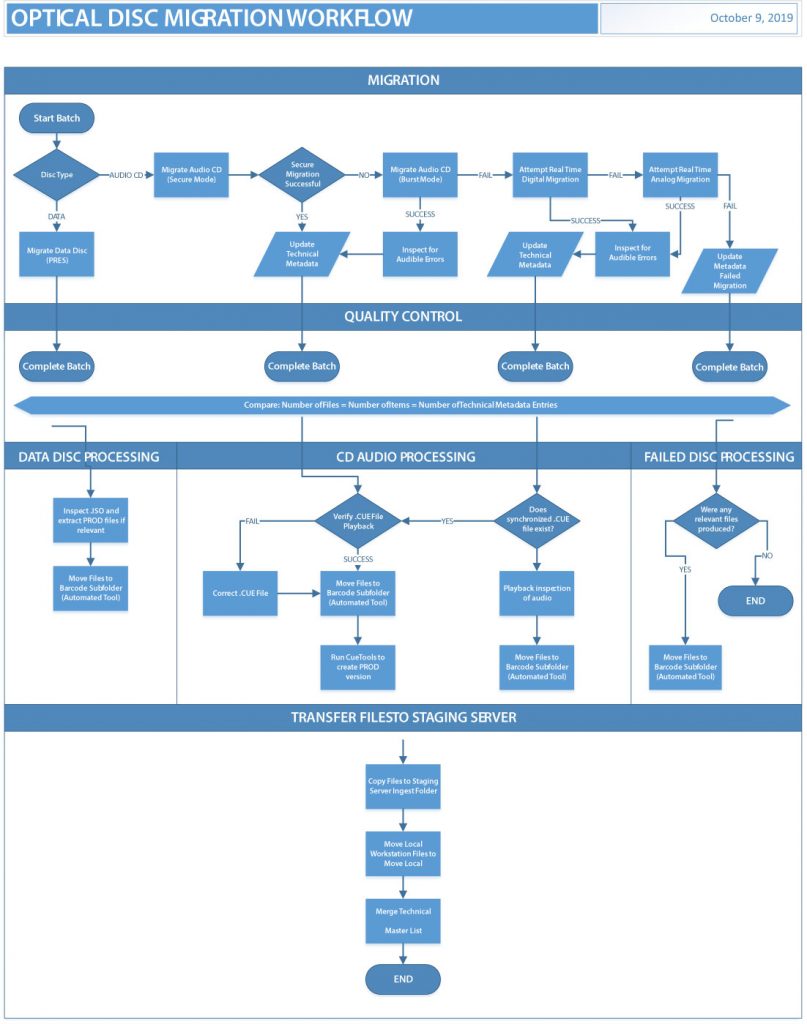 The EMI Music Canada fonds provides an opportunity for music listeners and researchers to delve more deeply into the music produced in Canada in the 20th and 21st centuries. Most music listeners are familiar with the studio albums and music videos created by their favourite artists and groups. Studio albums, however, cannot always tell the full story of how an album came to be, or the myriad decisions that led to the creation of album, or the ways in which cultural forces and economic factors influenced the final product. The EMI Music Canada fonds allows people to learn much more about the context in which Canadian albums were created, produced, distributed, and received.

Our aim in organizing and preserving the EMI Music Canada fonds is to provide people with as much helpful information as possible and to give them meaningful and lasting ways to explore the archive.

The most challenging aspects of preserving the media recordings in the EMI Music Canada fonds arise from the sheer vastness, variety, and vulnerability of the recordings. There are approximately 40,000 individual recordings in nearly 40 formats. Some formats are relatively stable and can be accessed for many years without issue. Other formats are obscure, and it can be difficult to find working equipment for playing them.

Responding to a media archive’s vastness, variety, and vulnerability is challenging. On the one hand, we have to create processes that can be performed at scale. On the other hand, we have to respect the uniqueness and rarity of items in this archive. Different types of recordings require different levels of care. Much depends on how well the recordings were cared for, and the environment in which they were stored for decades. Fortunately, the recordings from the EMI Archive were kept in a climate-controlled storage facility in Toronto for many years. The recordings were also produced by professionals in what were usually very high quality recording studios and environments.

It can be expensive and delicate work to preserve the content of a specific type of recording. Physical, mechanical, magnetic, and/or chemical factors can all play a role in the gradual decay of a recording. Equally important is the environment they are stored in and the ways in which the recordings have been treated by their creators. Finally, recordings require specific playback equipment. Working machines of sufficient quality can be difficult to source, afford, and maintain.

The most common way to preserve early sound and video recordings is to convert analog signals to digital signals through the process of digitization. Digitization captures the audiovisual content from the original analogue media and converts it to a digital file that can then be closely managed, monitored, and preserved. Digital recordings that are stored on specific types of carriers such as external hard drives or CDs or DVDs can be transferred or migrated to a more stable digital storage environment.

With such a large archive to preserve, we needed to consider where efficiencies and cost effectiveness would be possible. This means thinking about what types of recordings could possibly be migrated simultaneously with low human involvement, and which recording types call for individualized and painstaking work to be performed, one recording at a time.

We had to determine what formats would be possible to preserve at the University of Calgary, and which would need to be sent to specialist firms with extremely specialized or rare equipment. It would not be feasible from a budget or labour perspective to acquire working playback equipment for every recording format present in the EMI Music Canada Archive and attempt to migrate them all at the University of Calgary. There simply would not be enough human hours to transfer all the recordings in the timespan of our approximately 5-year preservation project.

We decided to perform in-house digitization and migration activities for some types of recordings, and to send batches of other types of recordings to specialized firms for migration. We created a purpose-built studio and filled it with various equipment, software, and hardware. We invested in climate-controlled facilities for long term storage of the original recordings, as well as extensive digital storage space for the digitized recordings. We have invested in two different software systems: one allows us to manage and provide access to the media collection; another works to preserve the collection.

The preservation of the EMI Music Canada Archive is a multi-year project so far, but it is ultimately a “forever” commitment. The work has been carried out by a dedicated team in Libraries and Cultural Resources. We have benefitted from the expertise of other colleagues, experts, and institutions who preserve media materials. If any aspect of the project is of interest to you, please be in touch with any member of our project team.