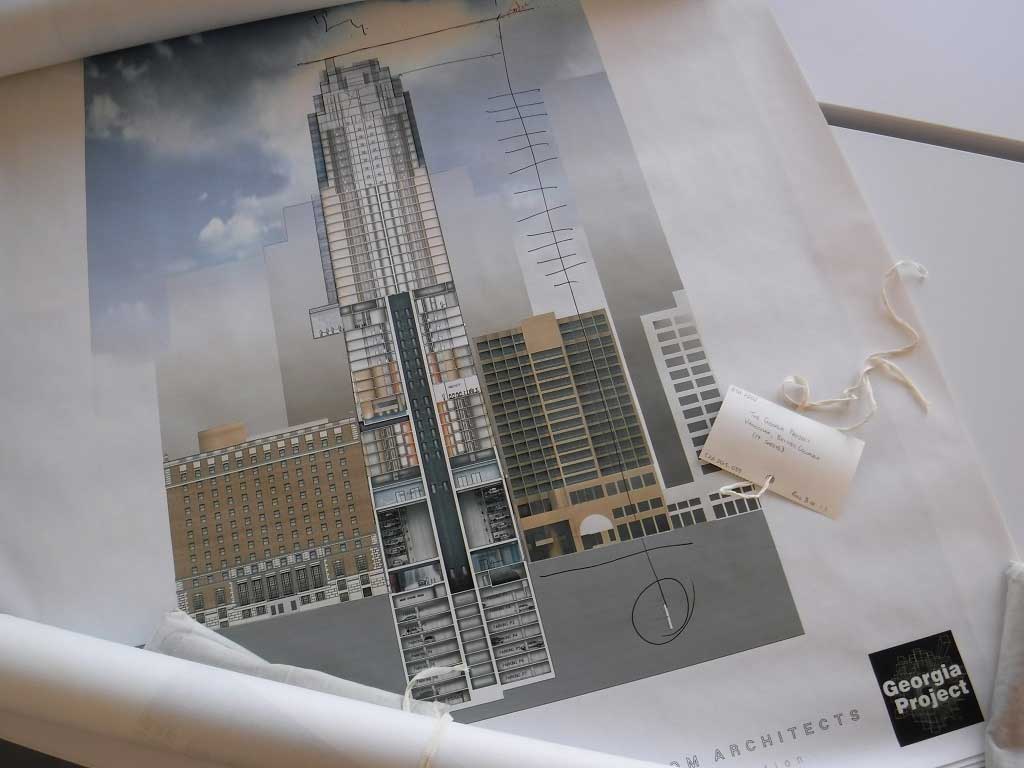 Staff in Archives and Special Collections have recently completed a large project to acquire, describe, and make available the archival records of the renowned Canadian architecture firm Bing Thom Architects. The large tranche of materials, spanning nearly 88 linear metres, was donated in 2015, and documents Thom’s innovative work from 1965 to 2006, with a particular emphasis on projects completed between 1981 to 1998.

After beginning his career in Tokyo, Thom began working for Arthur Erickson in 1972. Thom was closely involved in some of Erickson’s prominent Canadian projects, including Roy Thomson Hall in Toronto (1977) and Robson Square Courthouse Complex in Vancouver (1973-1979).

Thom established his own firm, Bing Thom Architects, in 1981 in Vancouver, B.C., and earned his first design award that year for the 12th Avenue Condominiums. Thom’s projects were wide-ranging and included single dwellings, apartments and high-rises, restaurants, aquatic centres, and shopping malls, theatres and opera houses. He is well known for having designed the Chan Centre at the University of British Columbia. He designed pavilions for both Expo ’86 in Vancouver and Expo ’92 in Seville Spain. Thom was involved in large-scale city planning projects including city centre planning for Yuxi, China, and city and waterfront planning for both Vancouver and Dalian, China. Thom worked extensively in Vancouver but also internationally, eventually opening offices in Hong Kong, Washington D.C., and Beijing.

Thom passed away in 2016 at the age of 75. He became a member of the Order of Canada in 1995, and received a Golden Jubilee Medal for outstanding service to Canada in 2002. Bing Thom Architects is now known as Revery Architecture, with offices in Vancouver, Washington, DC, and Hong Kong.

To consult materials from the Bing Thom Architects fonds, please contact the Canadian Architectural Archives at caa@ucalgary.ca. Extensive finding aids are available and will be made available online.

This project was completed in part thanks to generous financial support from the donor and from the Archives Society of Alberta’s Access to Holdings Grants program.