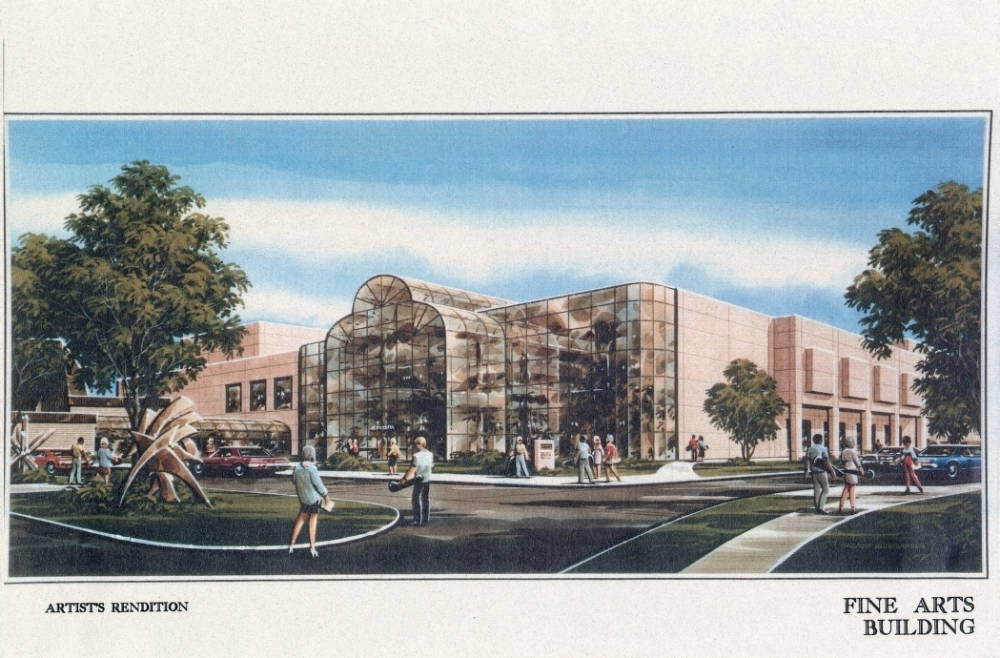 In 1969, the Faculty of Fine Arts proposed building a Geodesic Dome as a perfect solution to the lack of space for the Department of Art.

In May 1969, Dean of Fine Arts Richard Johnston wrote to Dr. Norris in the Faculty of Education about the possibility of finding “[a Geodesic Dome] with a diameter of 160 feet manufactured in either aluminum or Plexiglas or a combination of the two.” Johnston suggested a combination construction for a cost of somewhere between $116,000 and $232,000, for 21,000 square feet.   The dome would sit on a concrete slab, and be “designed in such a way that nut receptacles for bolts can be built into the floor in a pattern that will make it possible to construct walls that can be moved, Japanese style…When all of the available floor space is completely used, it would be a simple matter to build a second story structure on top of the storage and classroom facilities.”

Dean Johnston believed that “perhaps the most important aspect of this structure is its long range use…a geodesic dome is a permanent structure and a beautiful one.”

In July, H. R. Hayes, Director of Physical Planning, wrote to an engineering firm, asking, “What have you to report on Geodesic Domes? Some are still laboring under the illusion that an operational dome could be built by this fall! A figment of impractical imagination.” The firm replied that “the writer delayed forming his final opinion until he had the opportunity to visit and inspect the geodesic dome used for the American Pavilion in Montreal. Much of the report leans heavily on the writer’s perusal of this dome and its present condition after being constructed for only approximately two years.” In other words, the condition of Montreal’s Geodesic Dome did not bode well for survival in Calgary’s climate.

In late July, Ian Duncan, Director of the Physical Plant, issued a memo to Dean Johnston setting out the cost of installing a dome, including the materials, consultants, labour, air conditioning, plumbing and electrical, interior finishings, and the foundation: $658,323. And it would require eight months in total, from the date of placing the order for the dome.  Dean Johnston replied a few days later that “Your report has in no way broken down my interest in the project”.

A Geodesic dome was never constructed on campus. 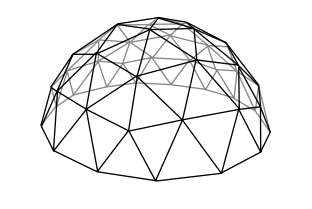 ... perhaps the most important aspect of this structure is its long range use…a geodesic dome is a permanent structure and a beautiful one