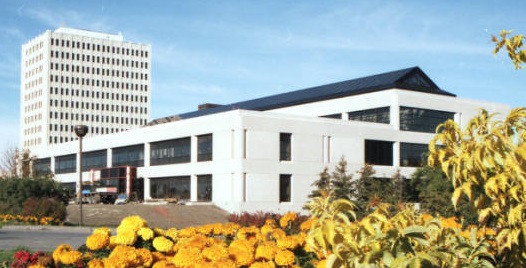 President Norman Wagner had a story he liked to tell about the funding for Scurfield Hall.  Over lunch with Calgary businessman Ralph Scurfield, the subject of a new home for the then Faculty of Management came up and Scurfield asked how much would it cost.  Wagner came back with $16 million, a number divisible by two since Wagner had in mind government matching grants.  Scurfield casually agreed – he would put up $4 million from the Scurfield family, and the additional $4 million from his NuWest group of companies.  Scurfield told Wagner to go and phone the Minister of Advanced Education to nail down the $8 million matching grant from the province.  Scurfield said he would wait for the answer while he drank his coffee.  In a bit of a daze, Wagner tracked down a phone, tracked down the Minister who was in Medicine Hat at the time, and put the question.  The answer was yes, Wagner came back to join Scurfield with the good news, they shook hands and that was that.  Wagner recalls “sitting there for a few moments not quite sure whether all of this had happened and whether I should at least have asked for a signature on a cigarette box or a napkin…”  Wagner did later receive a formal letter of the offer from Scurfield in March, 1981.

The university unveiled the initial plans for the building in 1981 that pictured a fully self-contained facility with everything from the usual classrooms and offices to residences and food services: “a living-learning environment” that would build “a community which becomes the focus of a student’s life during…the program.”  At the time, the then Faculty of Management occupied three floors of the Math Sciences Building, and one floor of the Earth Sciences building.  Classes took place scattered over 6 buildings, a situation noted as “completely unsuitable.”

In December 1982, the project suffered a setback when Nu-West cut their financial support due to the province’s economic decline. However, the project did proceed, and by early 1983, planning still included two phases of development:  Phase I for 5,200 assignable square metres at a cost of $16 million, to be ready for 1985 and Phase II for the residence complex.   Phase II is still unrealized as of 2018 although the idea resurfaced in 2001, and is still ongoing.

The sod turning for the building took place on October 3, 1983, with the official opening in April 1986. Ralph Scurfield died before completion of the building that bears his name.  In 1990, further construction added another floor to the building, which opened in 1991.

Plans for Scurfield Hall are the first on campus to use the term “Plus 15” instead of “Skywalk.”  The first Plus 15, named after its height from ground-level, opened in downtown Calgary in 1970.  City Architect Harold Hanan conceived the Plus 15 system; Hanen eventually became an adjunct professor in the university’s Faculty of Environmental Design.

The old Toronto Stock Exchange trading post is in the middle of the atrium. The atrium is modelled on the Harvard Business School’s Great Hall. 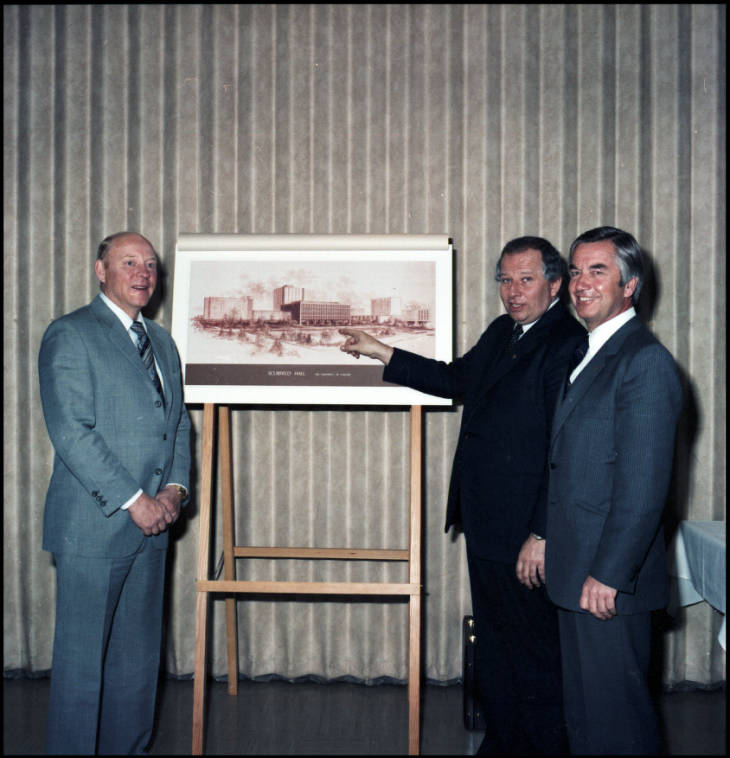 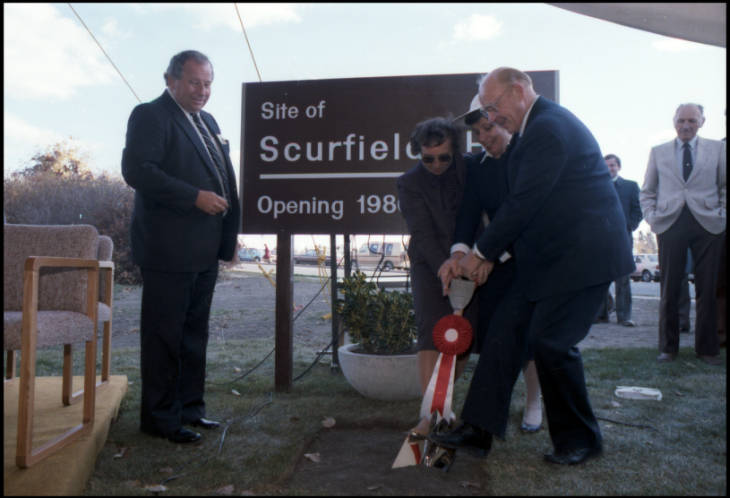 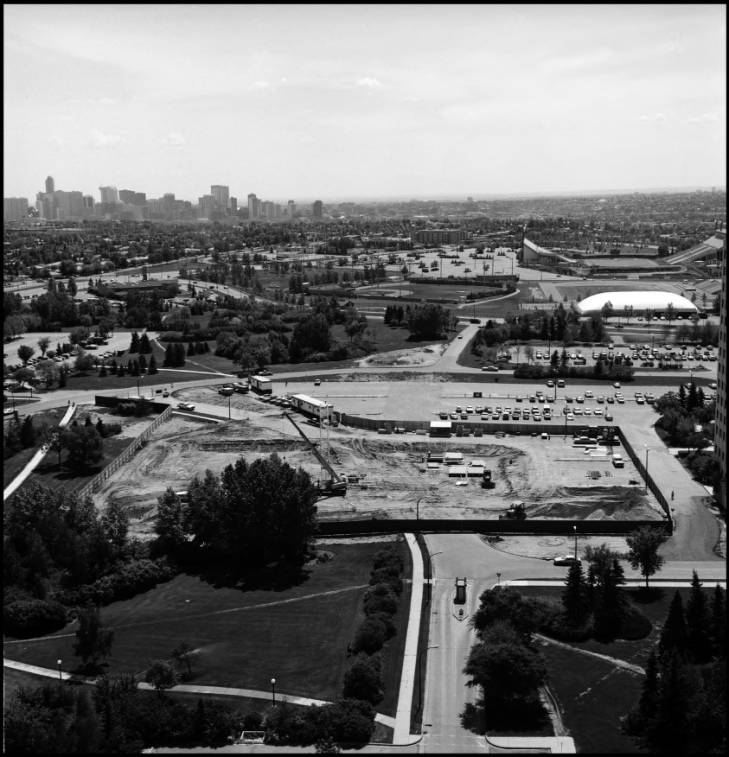 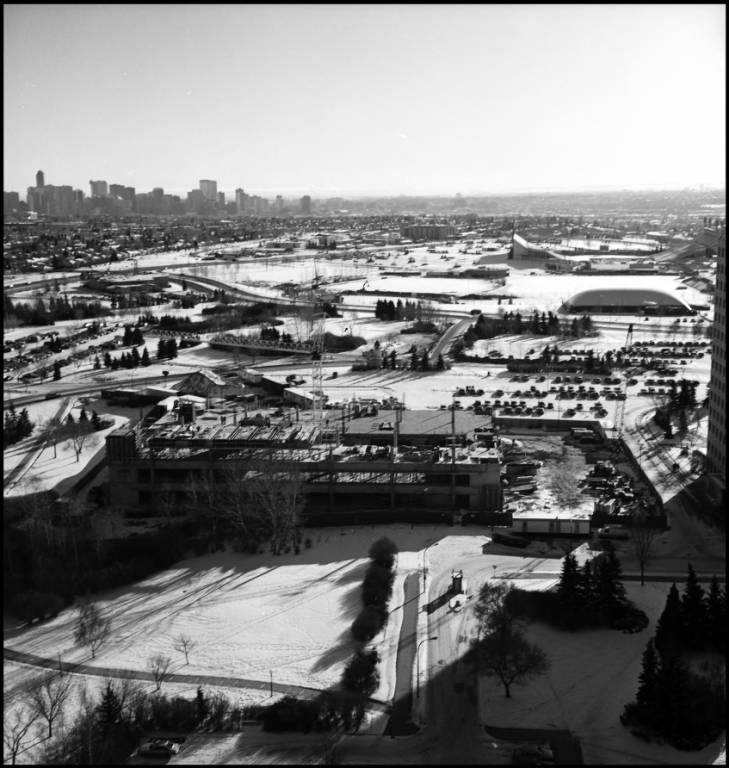 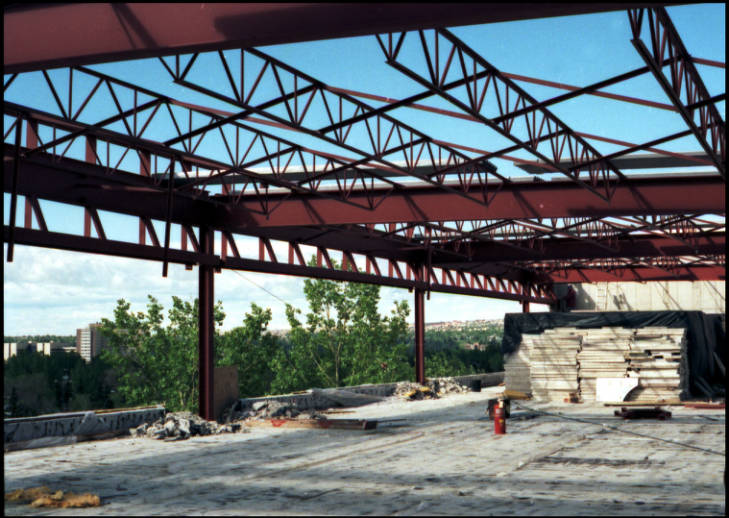 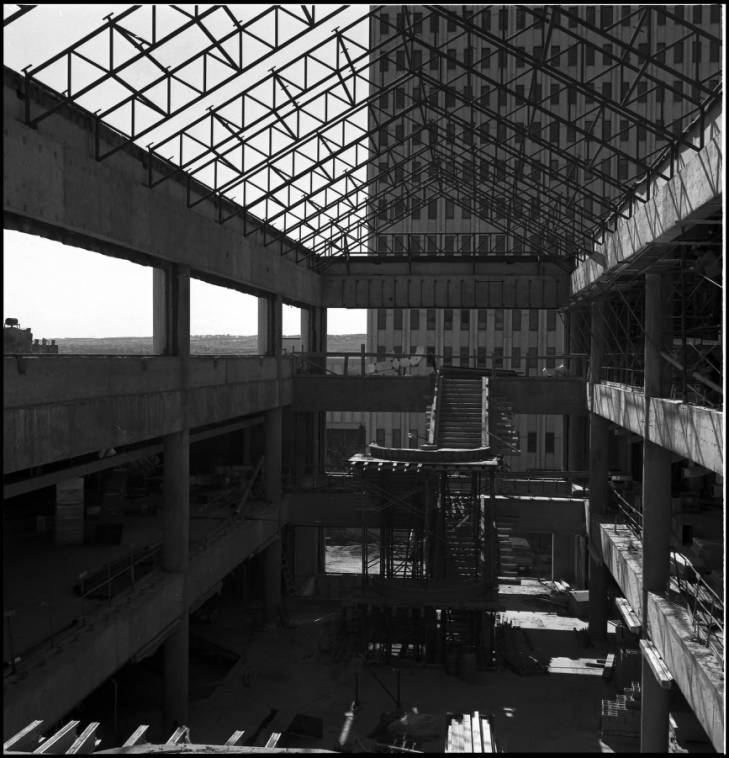 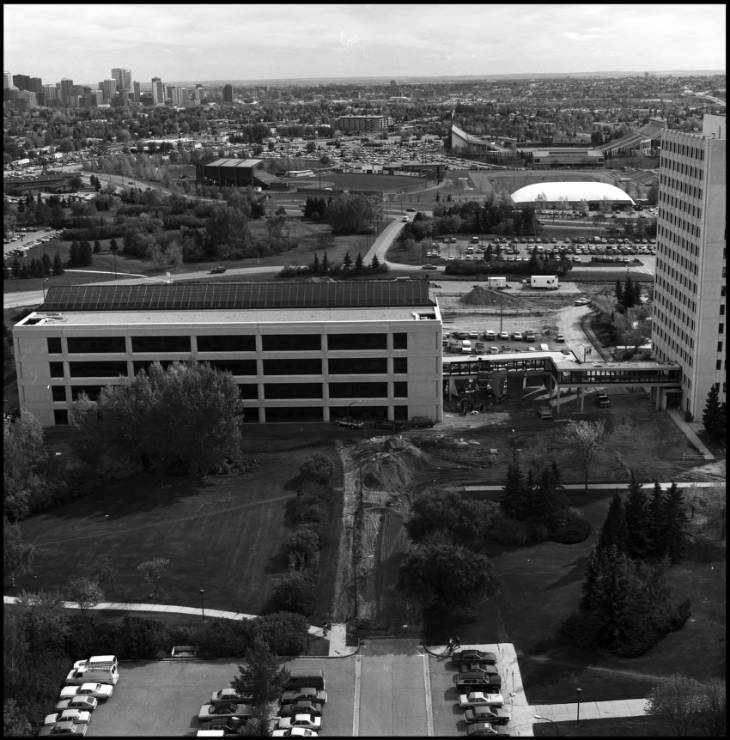 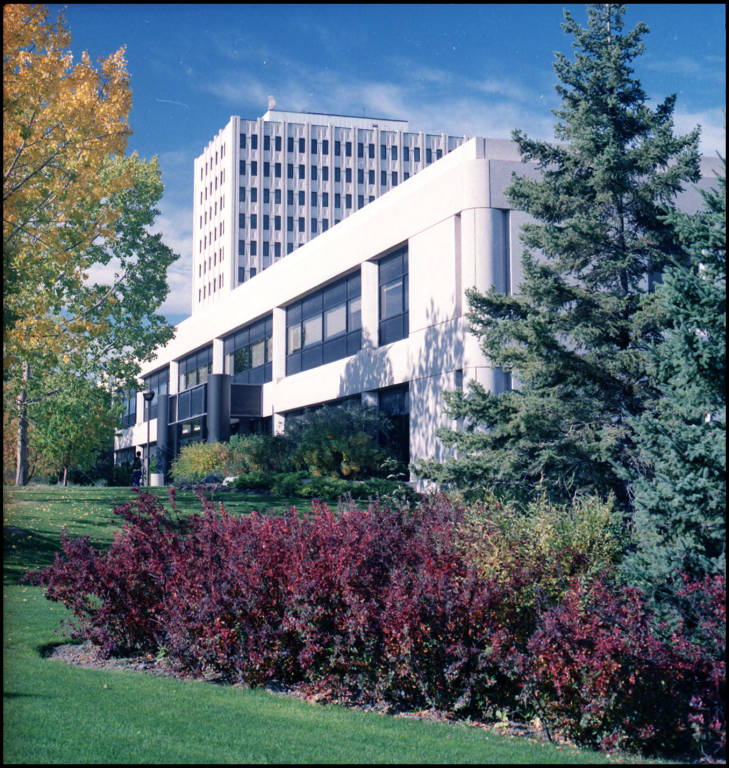 ... the primary goal is to facilitate and hasten the development of a large, world-class, practioner-oriented MBA program.