First conceived in 1966 as a “building to fill a need for a learning space capable of handling a very high student occupant load,” Sciences IIIA (later Sciences Theatres) experienced some delays in the approval and construction process.  In the 1960s and 70s, the universities in Alberta submitted a priority listing of projects to the Universities Commission, the government body that oversaw the funding for university buildings.  If the Commission agreed with the priorities, the plans, the designs, and the cost, the building received approval.

The cost of Science Theatres fluctuated over time.  Starting at $6 million and 515,000 square feet in 1966, then $5 million a year later, the plans eventually shrunk to $2.7 million and 101,230 square feet.  During the wait for the Commission to give the green light, the Public Relations Office “stressed that there has been no peremptory cancellation of plans…this is not a situation where someone came along and said ‘Whoa.’”  The first spade eventually went into the ground in the summer of 1969, and the building opened for occupancy in the winter semester of 1970.  News coverage of the opening noted that the building came in under budget – the least expensive building on campus.

Architectural comments on Sciences Theatres in 1978 noted: “a visit to the main hallway is an adventure in aesthetic intrigue and practical elegance…its pebbly, rough-textured stone walls create a convexly-shaped hallway, wider in the centre than at the ends, giving the impression of a room instead of a mere passway.”

The design of Science Theatres had to include not only lecture theatres, seminar rooms, and “crush space”, but also “major circulation elements within the planned campus traffic pattern.”   Construction of a Skywalk to the new Biological Sciences began in December 1970.  In mid-1972, the university started planning for a pedestrian walkway that would link the new Math building to Science Theatres; this link took until 1976/77 to complete.

A well-known piece of campus art stands in the middle of the Science Theatres main hallway. Called the Zipper, and designed by Katie Ohe, campus legend says that spinning it before an exam brings good luck. It is a one-ton chrome and aluminum piece of kinetic art that cost $10,000 in the mid-1970s.

At one time the grad students’ association lounge, called the Elbow Room, was located in Science Theatres. 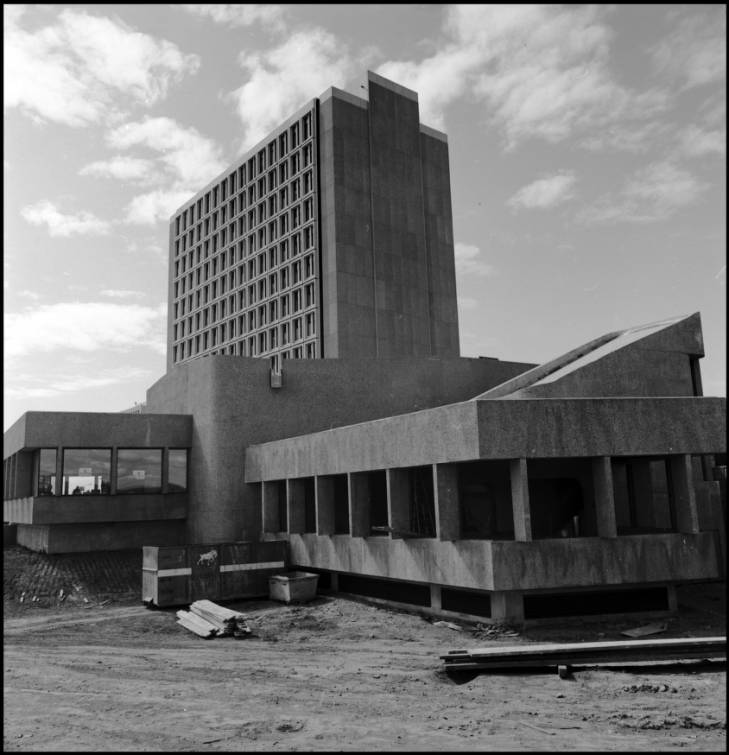 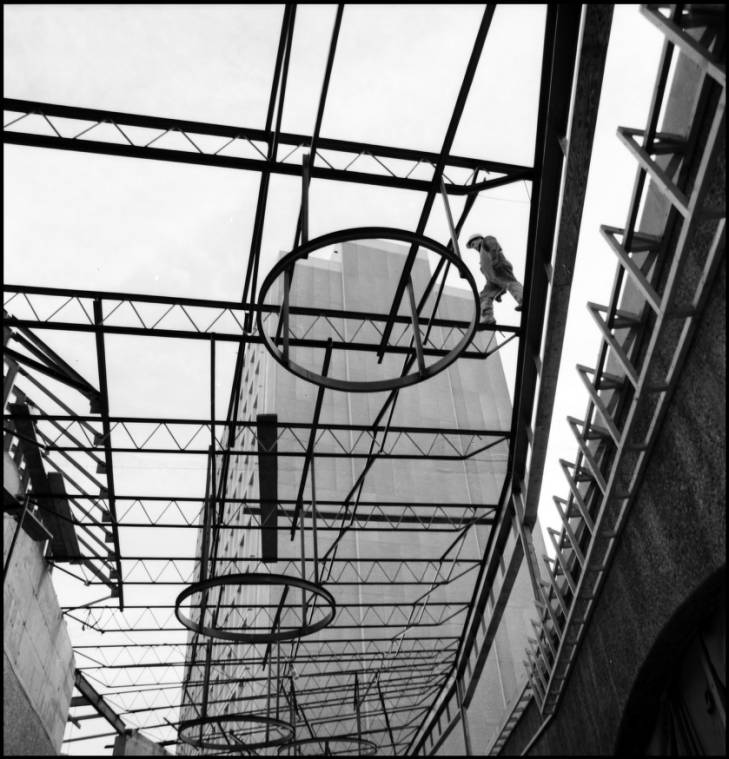 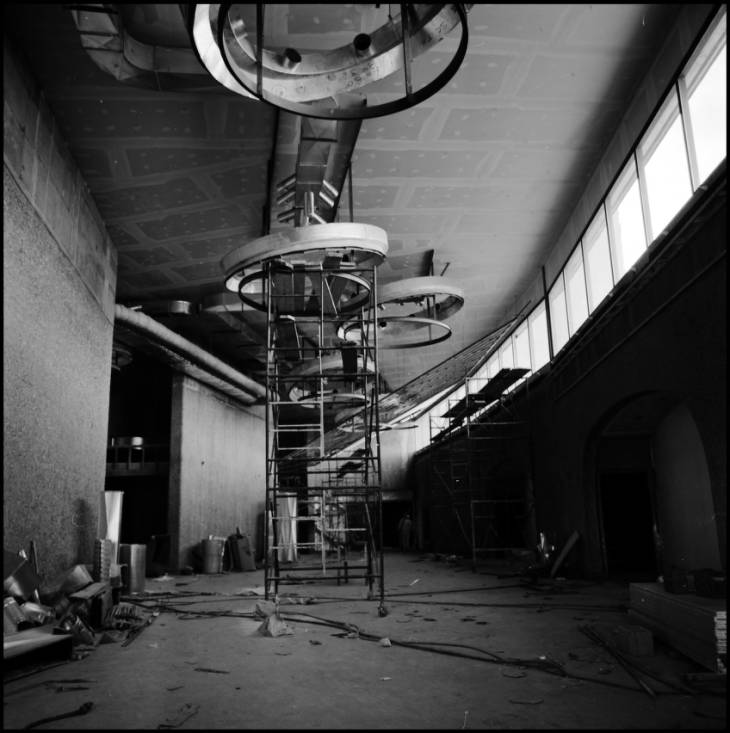 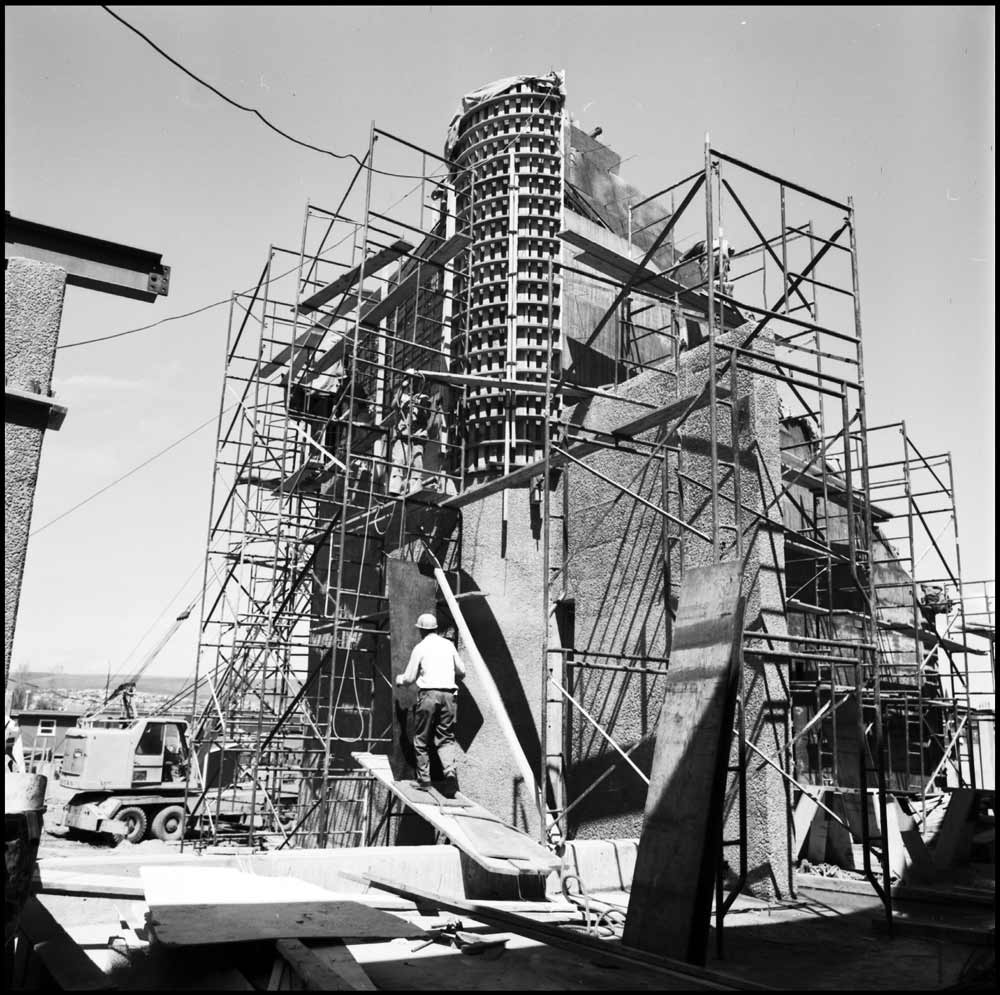 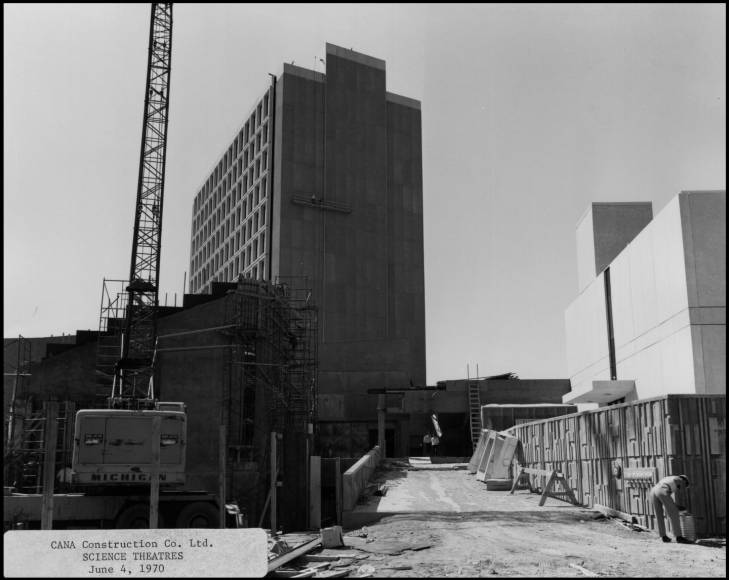 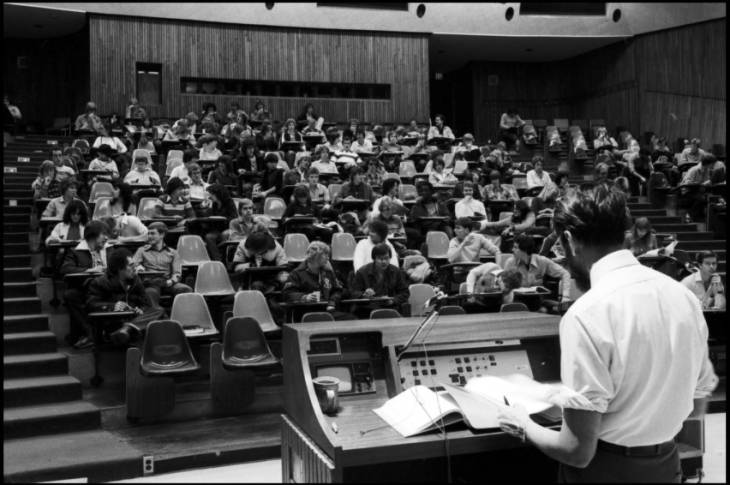 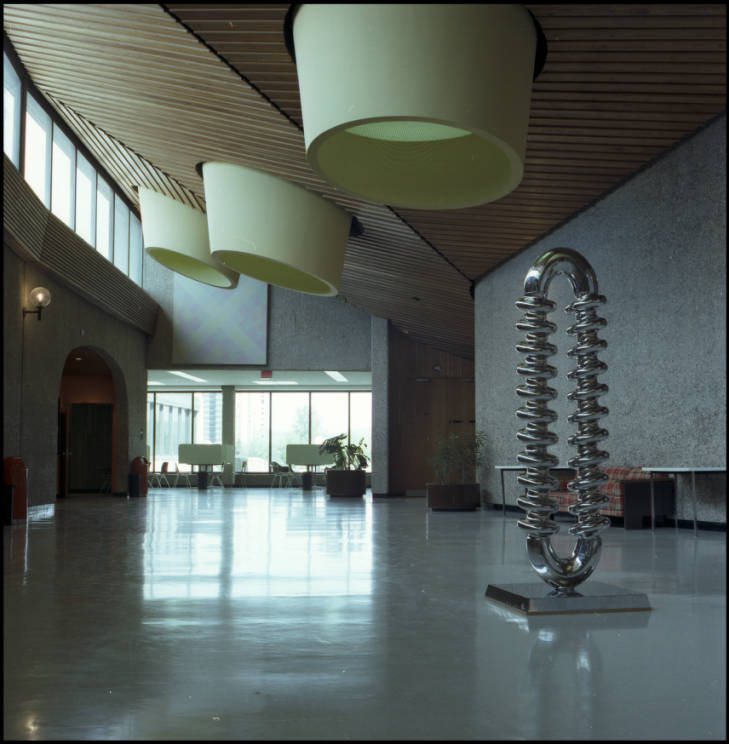 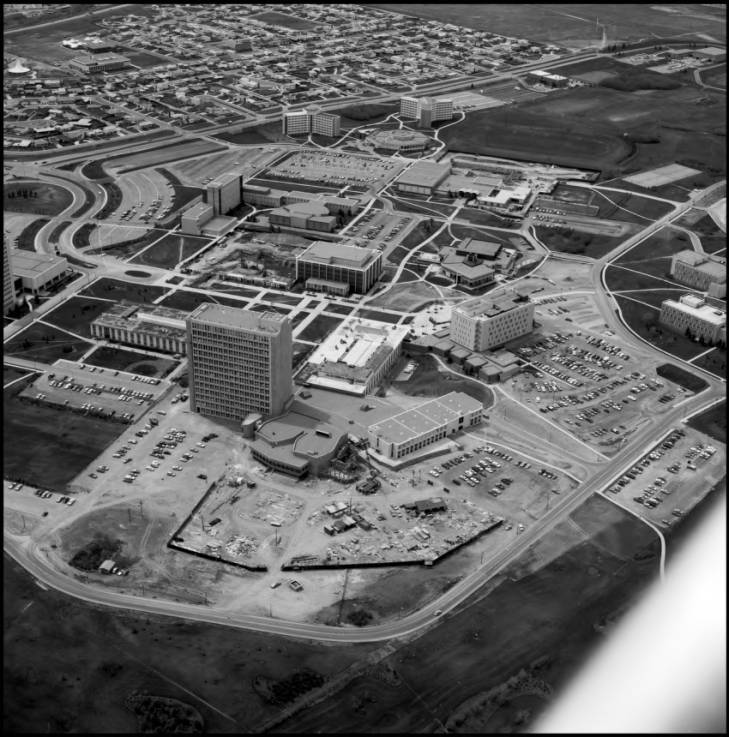 a visit to the main hallway is an adventure in aesthetic intrigue and practical elegance…its pebbly, rough-textured stone walls create a convexly-shaped hallway, wider in the centre than at the ends, giving the impression of a room instead of a mere passway.