Science B | Archives and Special Collections

Science B – Archives and Special Collections Skip to main content

Construction began on Phase I of the Biological Sciences Complex (now Science B) in 1964.   The complex consists of a six-storey tower with an adjoining one-storey building meant to house a lecture theatre, a museum, a library, and seminar rooms.  Completed in 1965, the building officially opened in April 1966.  Similar to most of the early buildings on campus, the Alberta Department of Public Works designed the building; in a 1970 letter, H.R. Hayes, the university’s Director of Physical Planning, obliquely calls Science B: “Walter Kubrak’s edifice.”  Kubrak was an architect for the Department of Public Works; his relationship with Hayes is unknown.

Perhaps the most interesting aspect of Science B is the gargoyles that hang on the wall of the link to Mac Hall.  Designed by Mark V. Marshall and made of terracotta at Royal Doulton in England in 1912, they once formed part of a set of over 340 that adorned a building in downtown Calgary built by the Southam family.  The largest gargoyles are caricatures of Calgary Herald staff (the Southams previously owned the Herald).   The building later housed the Greyhound bus depot, until Alberta Government Telephones (AGT) bought the building, and later demolished it in 1973.  AGT sold the gargoyles to anyone who was interested.  The university bought between 8 and 10 of them for $1,200 (although the number in the official press release is 10, only 8 are on display).   Originally mounted on Science B’s exterior, the gargoyles moved inside following construction of the link to Mac Hall in 2001. 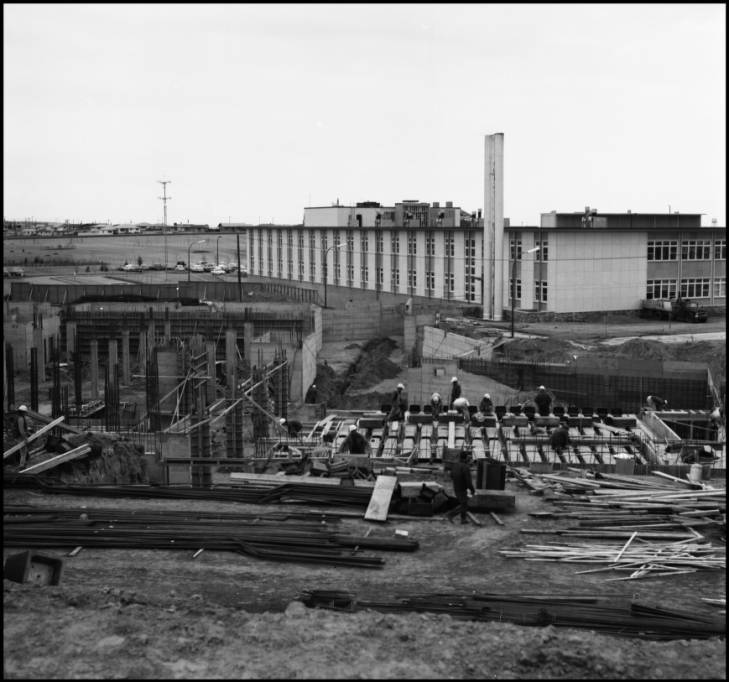 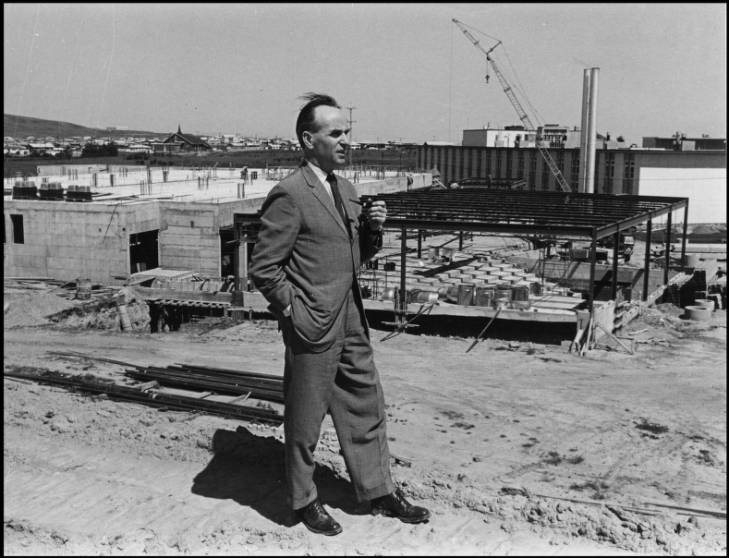 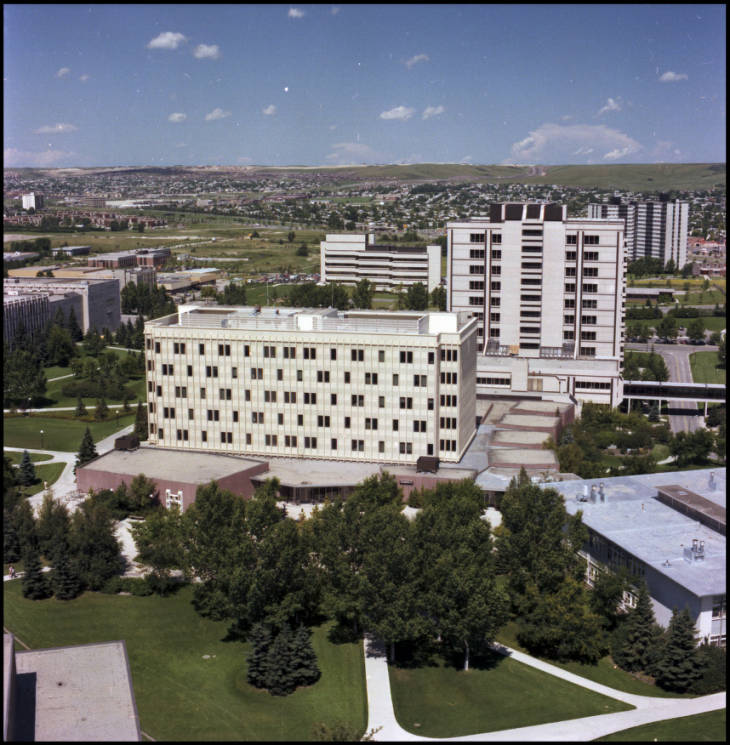 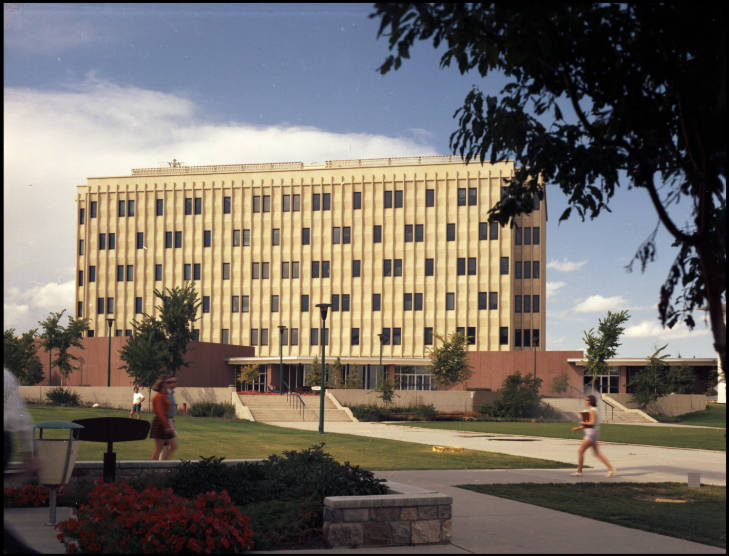 ...the building houses a number of specialized research features, including ... a high pressure laboratory built partly underground and a radio chemistry laboratory for the handling of open source radioactive materials.