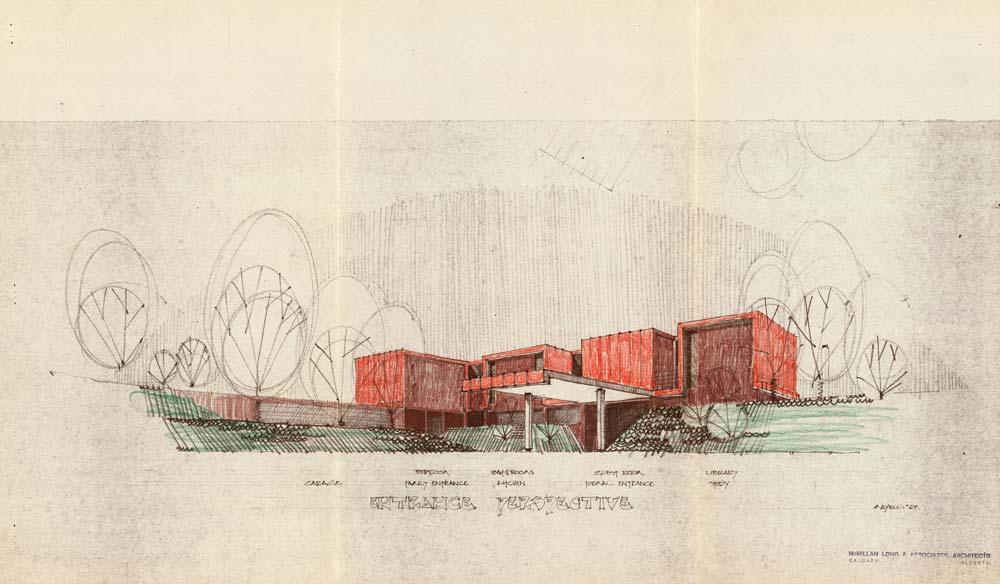 When Herbert S. Armstrong accepted the post of the university’s first president in May 1964, part of the agreement included the construction of a President’s Residence on campus.  However, the approval and design process was still ongoing when Armstrong resigned in December 1967.  He later stated: “the house story is one of ineptitude and delay, but not a reason for resigning.”

Armstrong’s desire for a house on campus included many factors:  the isolation of the campus in the 1960s could be daunting for potentially important visitors; Armstrong strongly considered that the President had obligations to the university and the larger communities; the residence could be the focal point for fund-raising, social gatherings, receptions, and other gatherings to draw individuals into the new campus, instead of outside to external locales.  Plans for the residence indicate the social and public nature of the space with an offset private family wing, and space for a larger public entertaining area for 100-150 guests.

A timeline of events from the Board of Governor’s minutes summarizes the frustrating nature of Armstrong’s pursuit of a residence on-campus:

July 1964 – house in University Place purchased “pending the erection of an official residence.”

18 November 1965 – Board requests reduction in size (to match residence at UofA, Edmonton)

December 1965 – committee formed to talk to Premier about residence.

October 1966 – discontinuation of planning due to “severe economic situation in Canada.”

May 1967 – floor plans redrawn and downsized, but now an issue with the exterior.

6 November 1967 – Armstrong indicates his willingness to purchase a house off campus, provided it has more space than his current residence.

14 November 1967 – costs of the oncampus residence are recalculated.

12 December 1967 – invitation to architects to cut back on expenses.

A year later, the university purchased a house in Mount Royal to serve as the President’s Residence.

... the house story is one of ineptitude and delay, but not a reason for resigning.