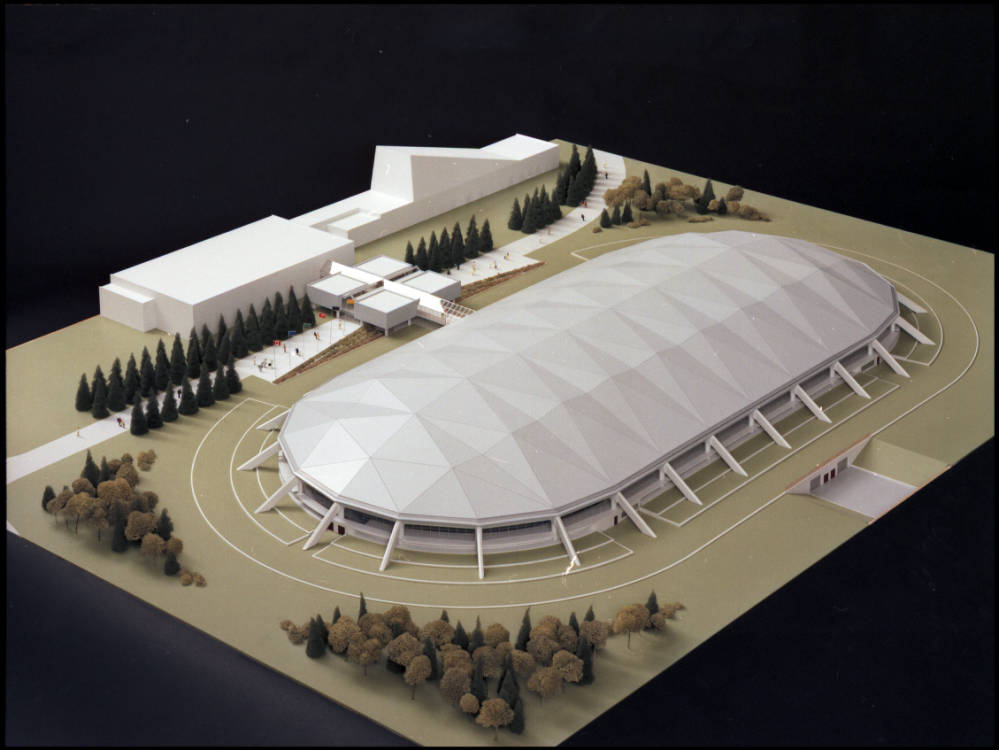 The university had desired an indoor ice facility since the early 70s.  A report from 1975 notes: “It is recommended that a Winter Sportsplex be completed by September, 1976 or as soon thereafter as possible. Any further delay of construction will jeopardize an already serious shortcoming of physical space needs…The realization of this structure with its facilities for research will allow The University of Calgary to become the centre for scholarly activity in winter sports for Western Canada.”  All other universities in western Canada had winter sport facilities, except Calgary.

Due to chronic lack of funding, and other building priorities, the construction of ice facilities had to wait until the mid-80s when the university became the site for the 1988 Winter Olympics speed skating venue, with access to Olympics-related grants.   “Long-term benefits to the institution” topped the university’s list of conditions for participating in the Games; the plan and design for the facility called for “a very durable, low maintenance, long-life building,” and one that would meet as many of the future recreational requirements of the university, public, and larger communities as possible.

In the spring of 1984, the estimated cost of the project came in just under $39 million, for a “world class Winter Training Sports Centre,” connected to the existing Kinesiology complex.   By the summer, plans showed an enclosed facility of 18,946 square metres, with a membrane roof covered in porcelain enamel tiles and supported by intersecting concrete arches.  The facility included the speed skating track, two hockey rinks, and space for 4,000 spectators.  Early designs also indicated “a removable turf system” for the summer, to provide a venue for field sports such as football and lacrosse.

Construction took place between 1985 and 1987 with the site officially opened September 27, 1987.  The Oval won a number of awards from organizations including the Association of Consulting Engineers of Canada, the Prestressed Concrete Institute, the Post-Tension Institute, the Athletic Business Magazine, and the Canadian Construction Association.   The Oval is also a City Wide Historic Resource:  “[the building] is an excellent example of the Expressionist architectural style and is both notable and unique within Calgary…the roof design, with its shallow arch comprised of diagonal interlocking precast ribs, is both notable and innovative. The design of the water purification system produces superior ice quality…” Since 1987 over 300 world records are registered on “the fastest ice in the world.”

Approximately one percent of the Oval’s budget, or $400,000, contributed to the Oval’s notable art installations.  These include: “Brothers of the Wind,” a 300-lb bronze relief of speed skaters, created in 1925 by Canadian artist R. Tait McKenzie; two works of art incorporated directly into the structure of the Oval (a flooring mosaic called “Heroic Entrance” by Barbara Astman, and a stained glass window design called “Pagoglphys” by Brian Baxter); and the iconic “Spire,” or the Paperclip, as it is more commonly known.  Designed by local artist Charles Boyce, the 25-metre-high, bright red sculpture stands outside the main entrance to the building. 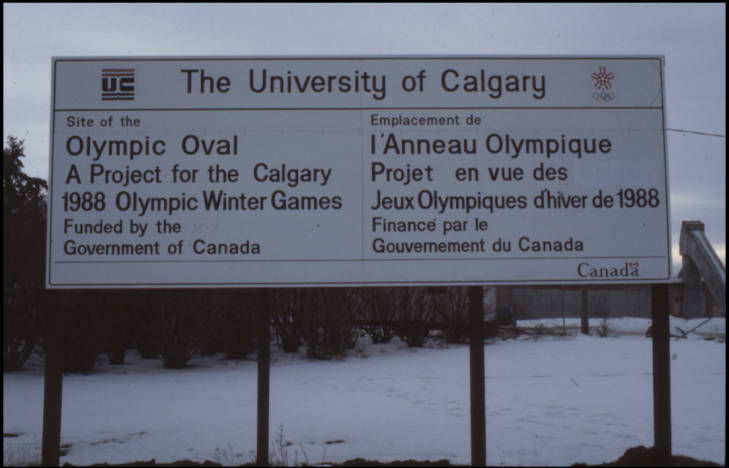 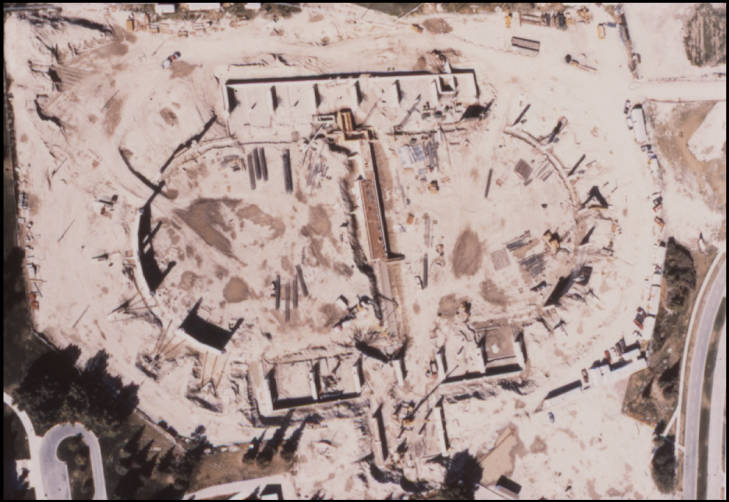 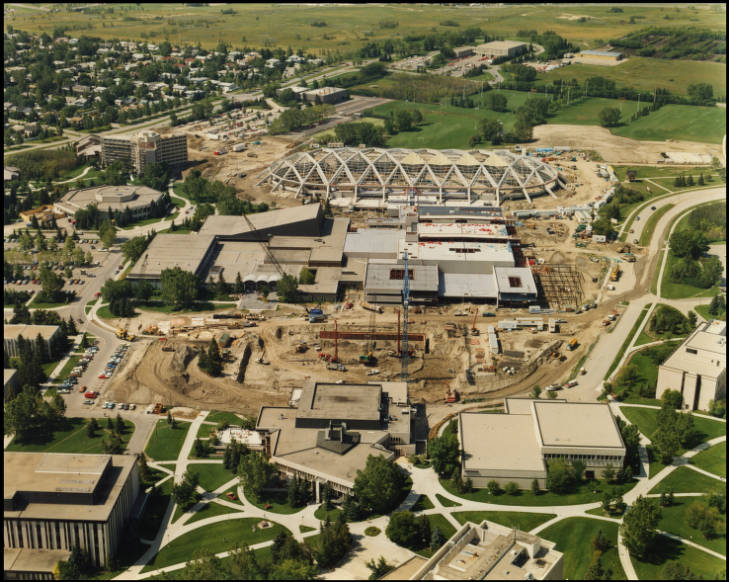 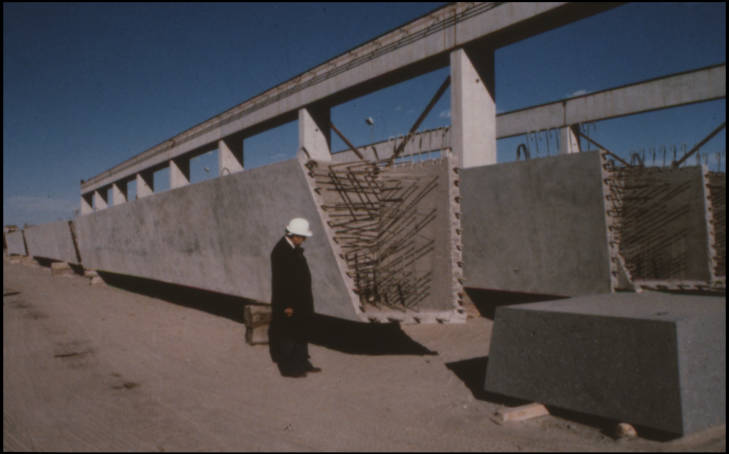 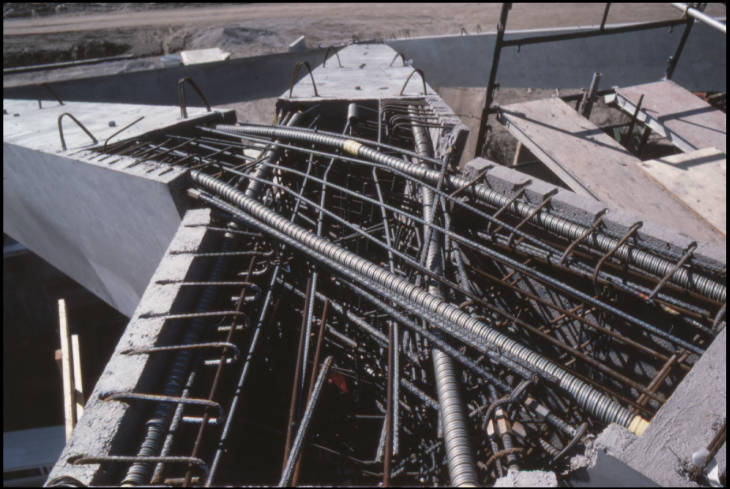 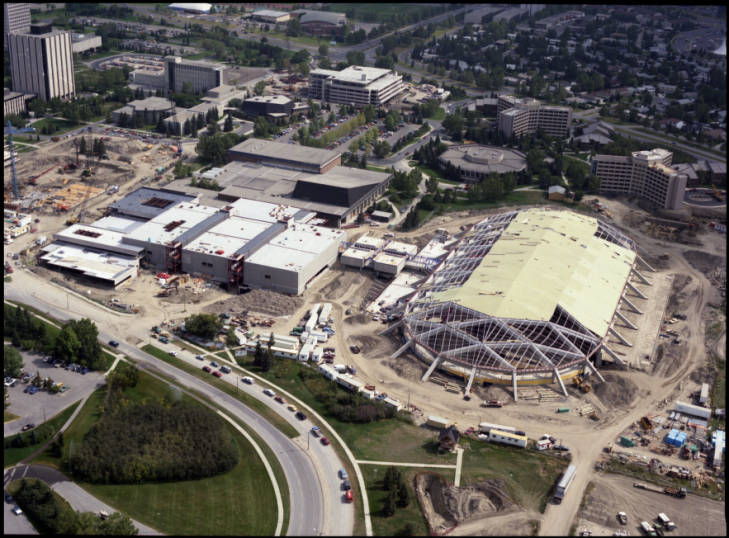 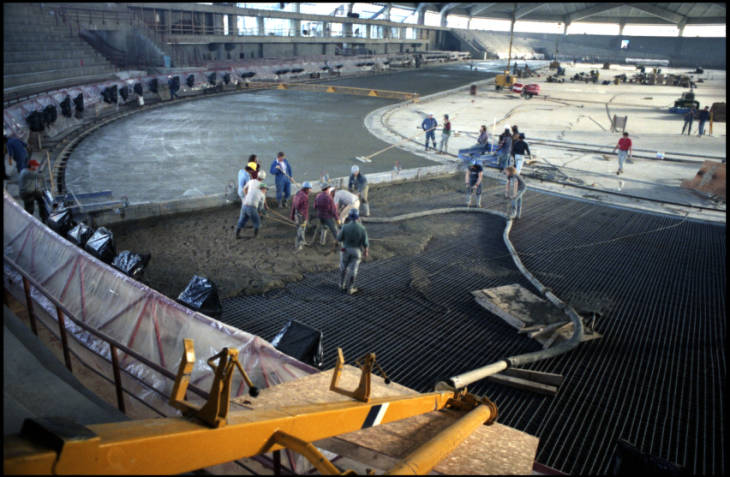 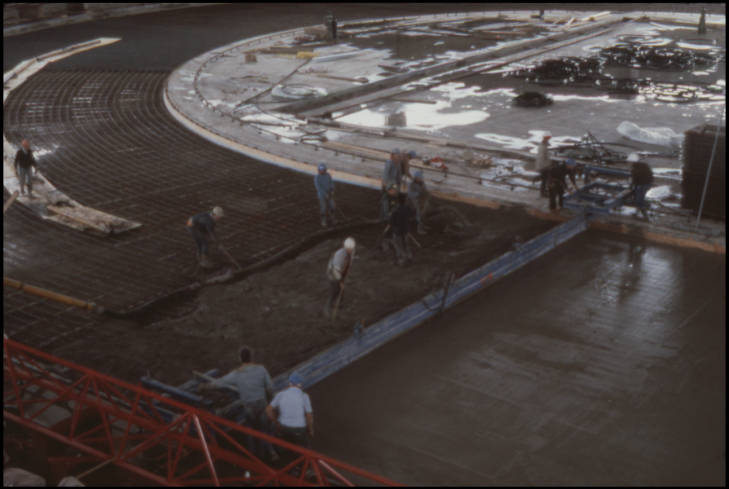 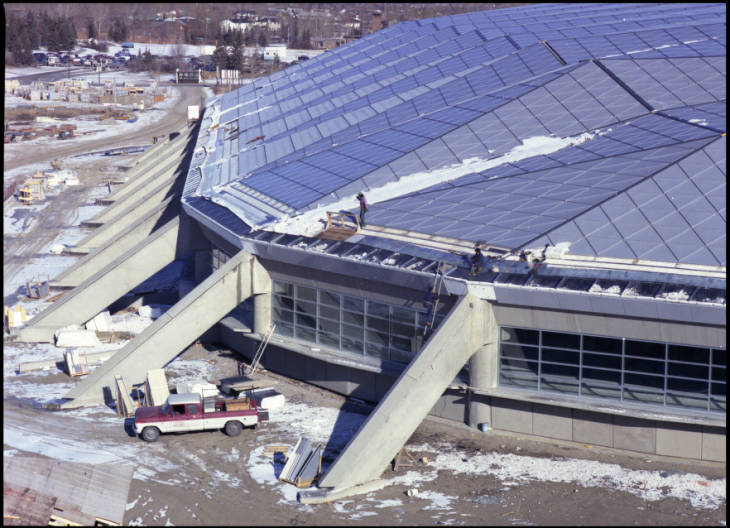 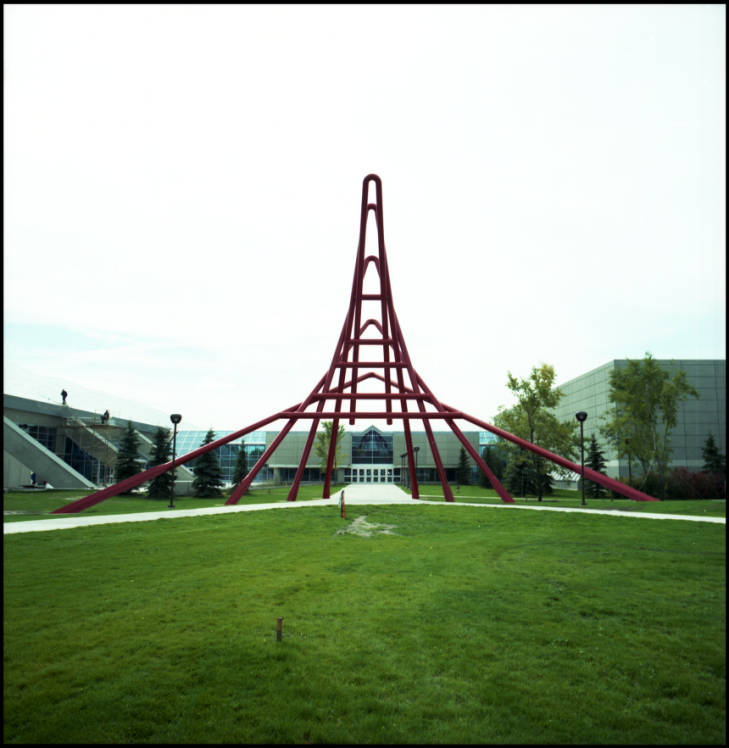 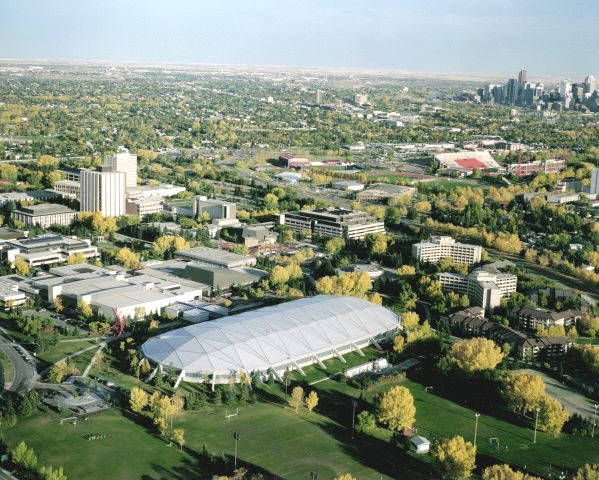 Lighting costs for the Oval will be minimal since the building is designed so that natural light will be reflected through exterior windows to the underside of the roof by a precast concrete light shelf locked under the perimeter of the Oval.