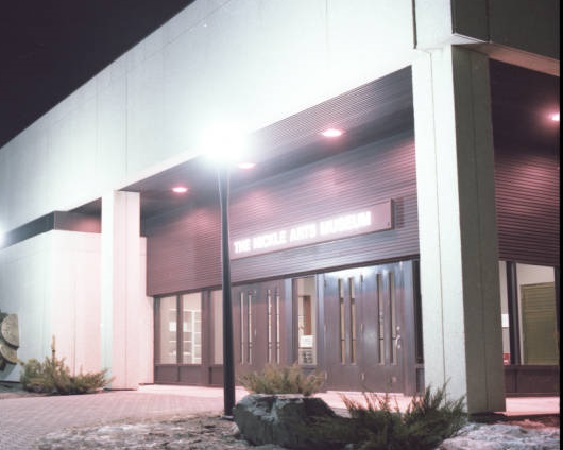 By the early 60s, the university required a dedicated space to house art, other than the small gallery in the Library Block; the Block lacked security and the art collection continued to grow.   In 1969, the Faculty of Fine Arts invited museum consultant Donald Cameron to prepare a report.  Cameron proposed a “University of Calgary Museums Centre.”  A few years later, the City of Calgary and the Glenbow Foundation also considered the location of a museum, and the university put together a team to pitch the campus as a good location.   Eventually, the Glenbow decided to locate downtown, and the university decided to focus specifically on an art museum.

In November 1970, local business man Samuel Nickle donated his collection of 10,000 antique coins, and $1 million, to “contribute to the education and the overall benefit of both students and community at large, by including facilities for the maintenance and display of works of Art, Artifacts, Archaeology and Numismatics.”   The provincial government matched the donation, and planning began for a building of 40,000 square feet at a cost of $2 million.

The philosophy of the building dictated a careful site location:  “Since it is strongly felt that the Art Museum should be attractive and useful to the general community as well as the university community, it is recommended that the Art Museum be located close to other community-oriented areas.”  The site chosen in 1974 just to the north of MacEwan Hall initially included an Engineering-Nickle-MacEwan Hall pedestrian tunnel connecting the buildings below ground.

The sod turning did not take place until the summer of 1977; the building’s footprint had shrunk to just over 30,000 square feet and the cost had risen to $2.5 million.  A year later, the Calgary Herald reported some student’s unhappiness with the project.  The first building constructed in five years (and the only new building until 1981 due to a spending freeze), students acknowledged the importance of art, but  considered academic buildings and residences of higher priority.

The Nickle Arts Museum officially opened on January 12, 1979.   Expansion plans over the next decades never developed due to shrinking budgets.  The construction of the Taylor Family Digital Library provided a new space for exhibitions and storage; the renamed Nickle Galleries opened to the public in 2011.

Demolished in 2013, the old building provided the foundation for the Taylor Family Teaching and Learning Institute.

In October 1974, the Deputy Minister of Public Works offered the UofC “granite…removed from the north and south walls of the Calgary Court House.” The architect designing the Nickle advised UofC to accept the offer, possibly as flooring.   The University took possession in December of approximately 10,000 feet of highly polished, pinky grey panels.

Alberta sculptor Roy Leadbeater designed the 2,000kg sculpture mounted to the outside of the original building.  Called “Pieces of Eight,” it represented “money which has been aged through the centuries, it depicts what happens to coinage when it passes through men’s hands.” 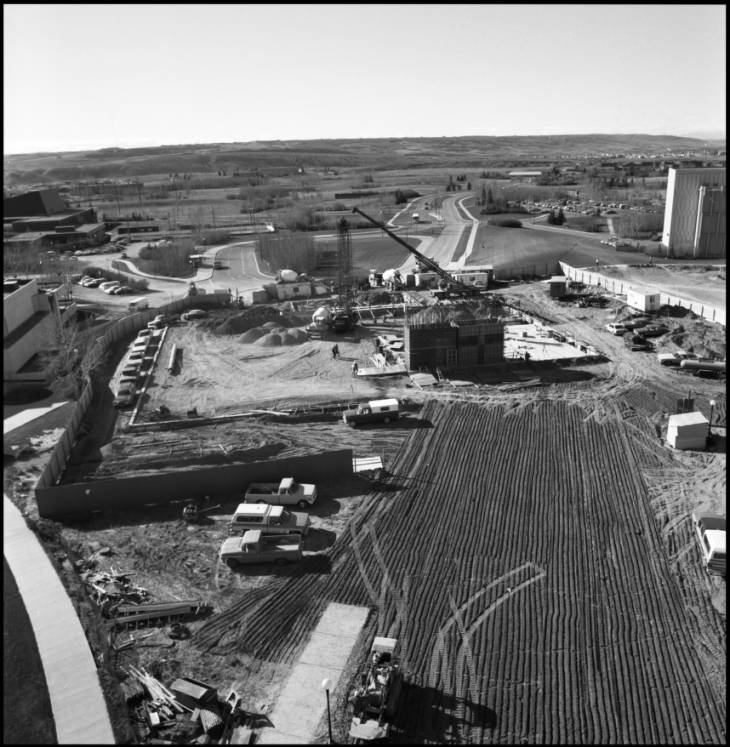 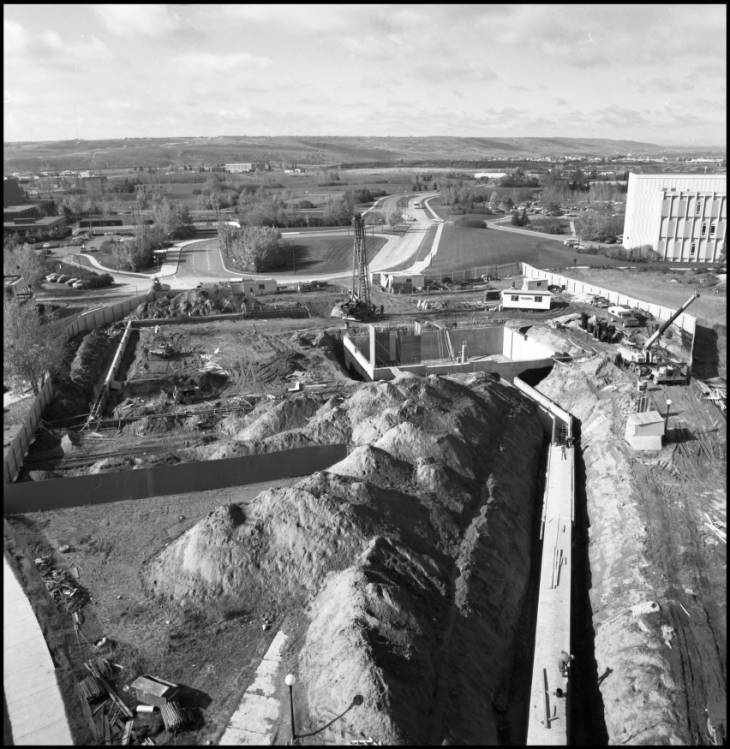 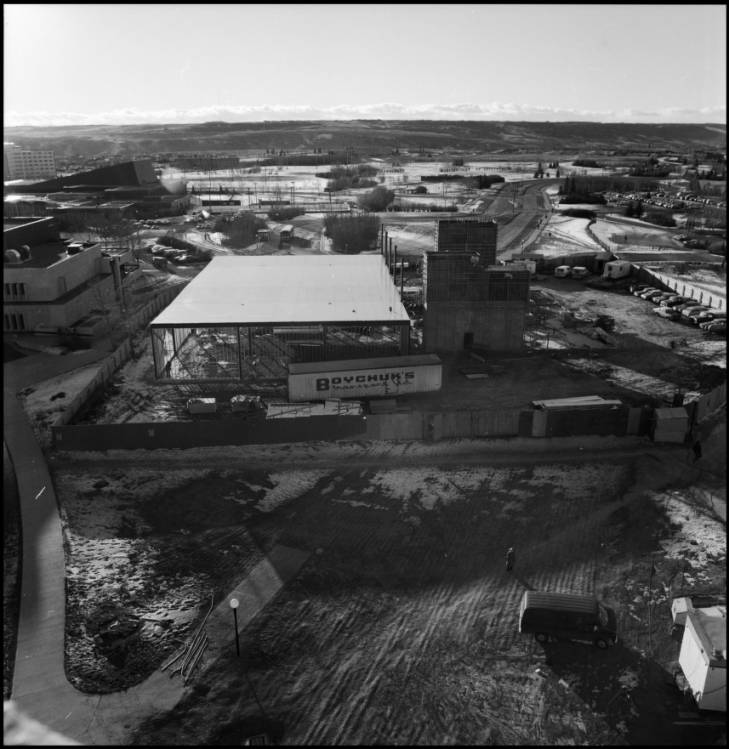 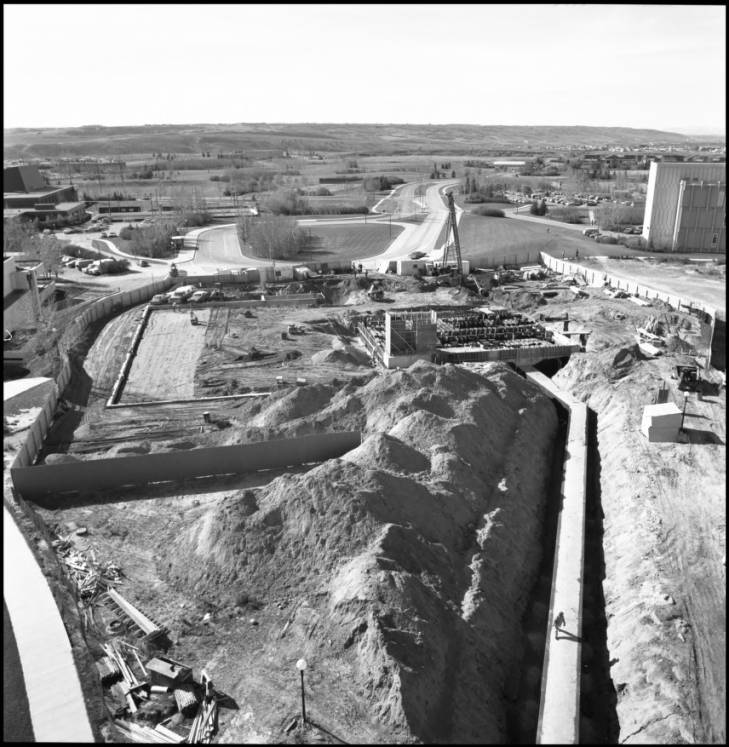 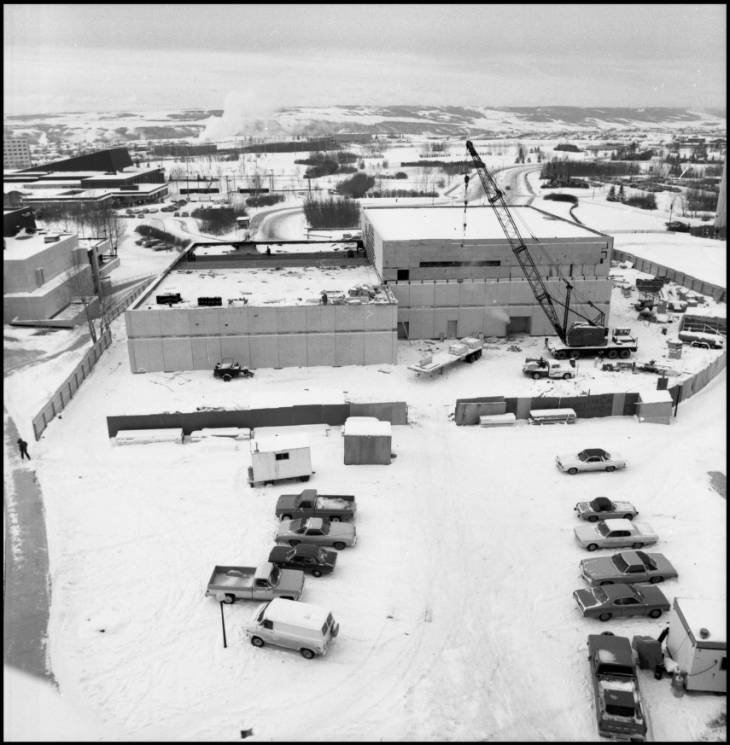 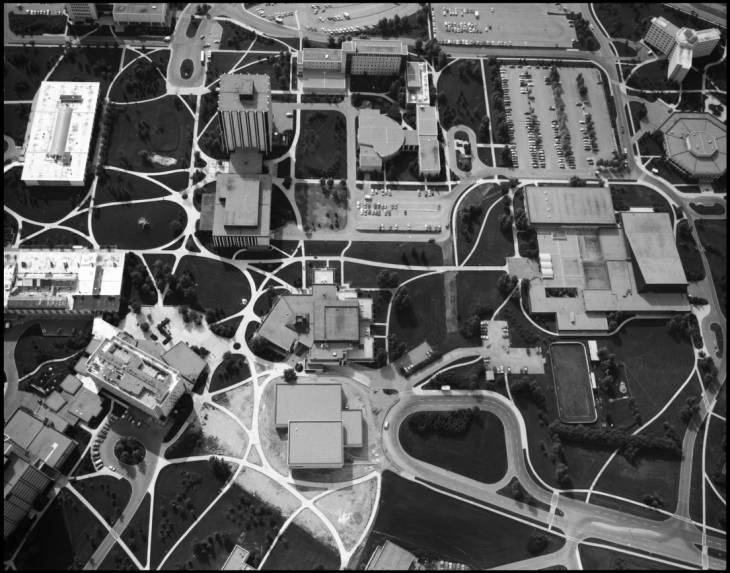 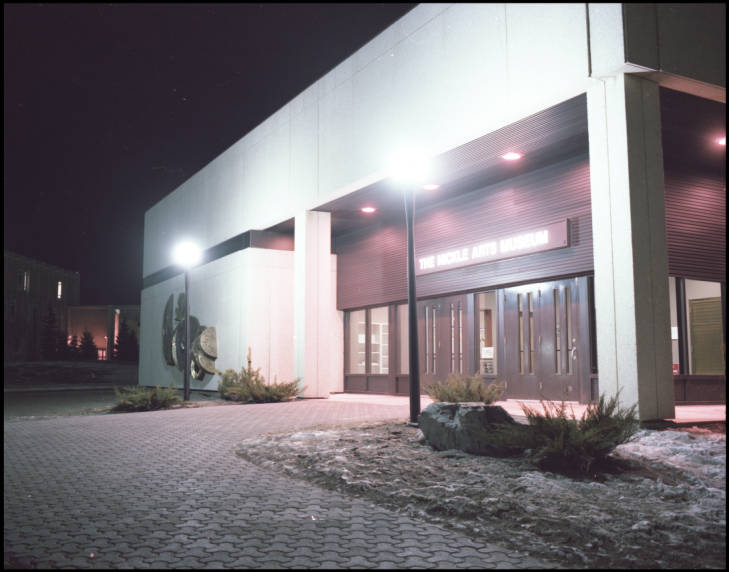 ...local business man Samuel Nickle donated his collection of 10,000 antique coins, and $1 million, to 'contribute to the education and the overall benefit of both students and community at large, by including facilities for the maintenance and display of works of Art, Artifacts, Archaeology and Numismatics'.