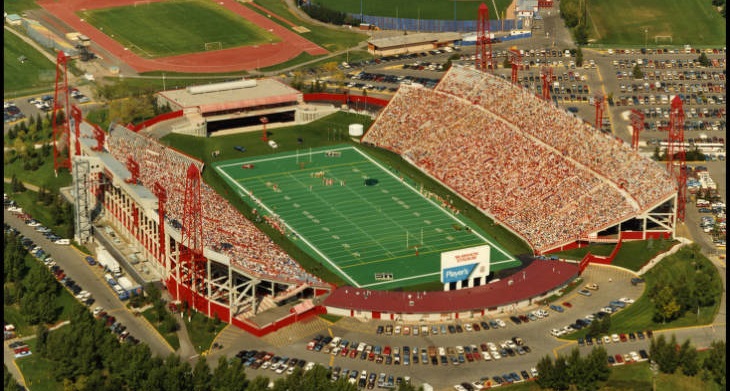 One of the fastest major construction projects in western Canada (100 days), the $700,000 McMahon Stadium welcomed the Calgary football club and 20,000 fans on August 15, 1960.  The Stadium replaced the much smaller Mewata Park Stadium.  It takes its name from brothers Frank and George McMahon who donated $300,000 to the university and the citizens of Calgary, and guaranteed the balance of money for the stadium’s construction.

In its coverage of the newest Canadian football stadium, the Calgary Herald pointed out that the hot water tanks in the locker rooms were “capable of producing 1,200 gallons of hot water per hour…enough to parboil the entire Edmonton Eskimos by half-time.”

In 1975, the stadium underwent its first major renovation, in preparation for hosting the Grey Cup.  Renovations included installation of artificial turf and temporary seating, upgrading locker rooms, and improving the loudspeaker system. The provincial government funded the project with a $1.25 million grant.  A further expansion in 1979 included more seating and change rooms, as well as space for teaching and fitness, and a press box.

The university acquired complete ownership of the stadium and land in 1985 following the retirement of the original financing from 1973, and after signing a land exchange agreement with the City of Calgary.   A 1985 letter from the Board of Governors to the provincial government states: “The City wishes to acquire portions of the University Land to facilitate widening of Crowchild Trail for the northwest extension of the LRT.  The University, in turn, wishes to acquire the land, currently being leased from the City, on which McMahon Stadium is situated.”

Construction of the Olympic Volunteer Centre began in 1984 in preparation for the 1988 Winter Olympics, for an estimated cost of close to $16 million.  The OVC is now home to Parking Services. 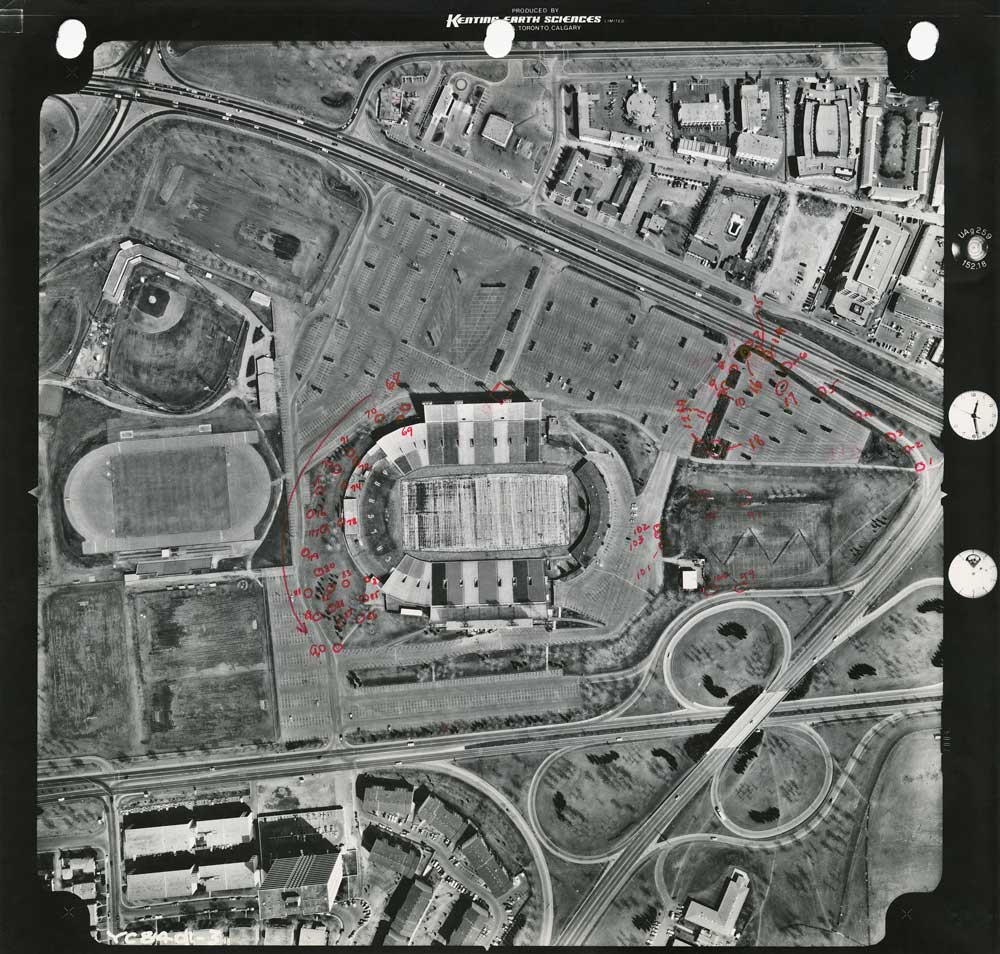 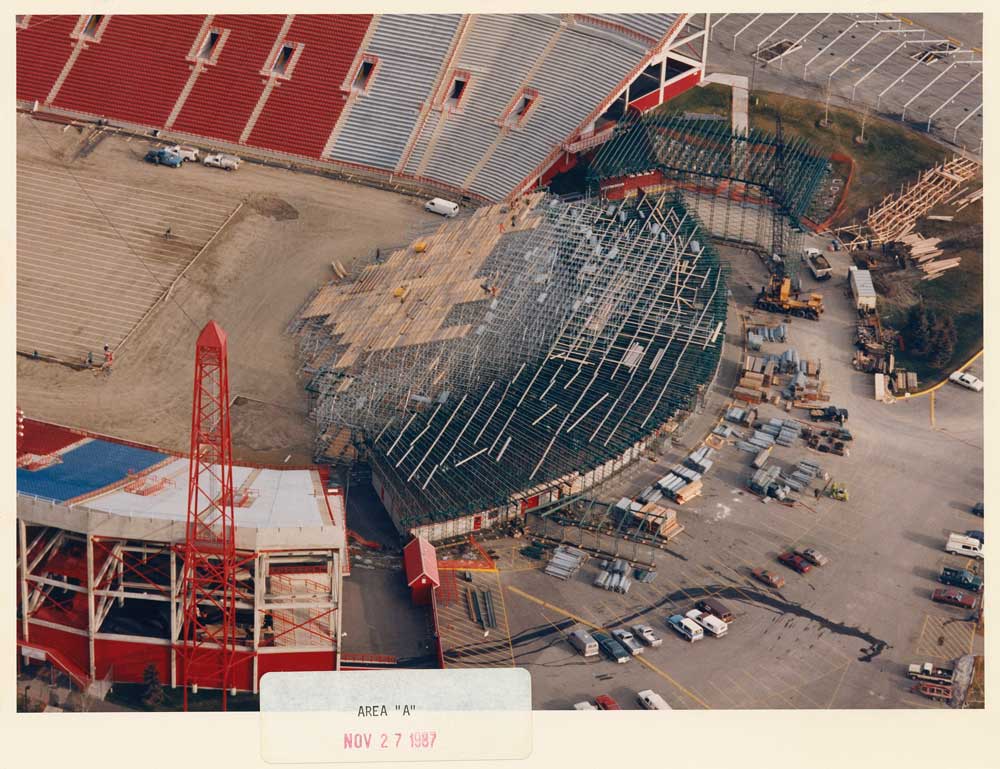 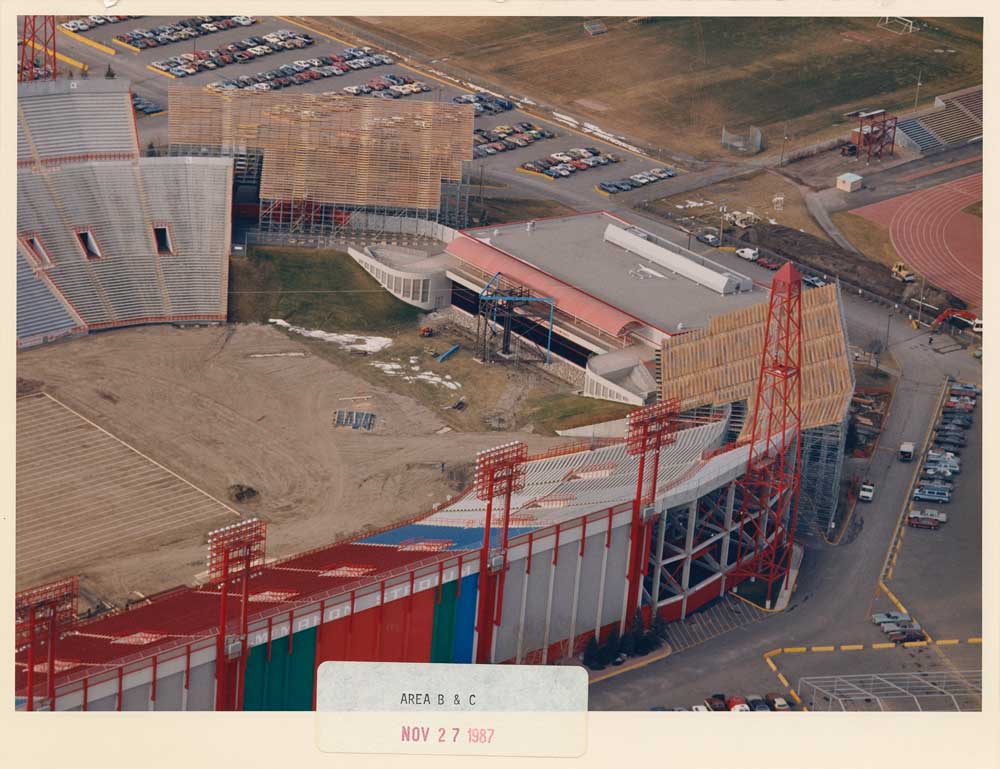 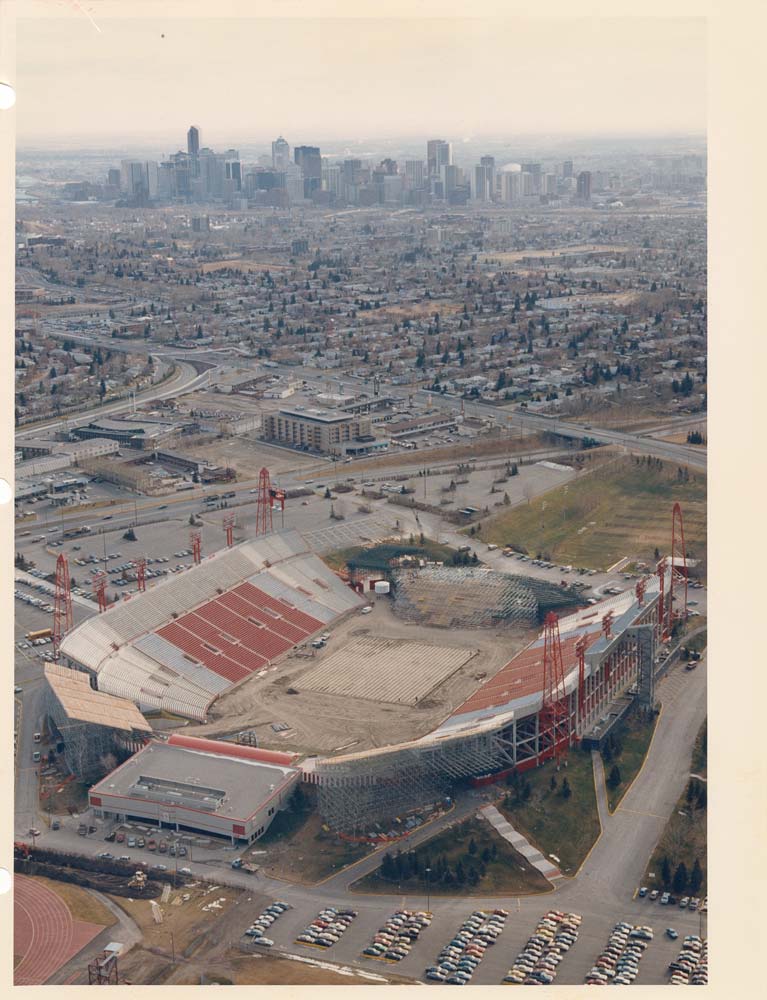 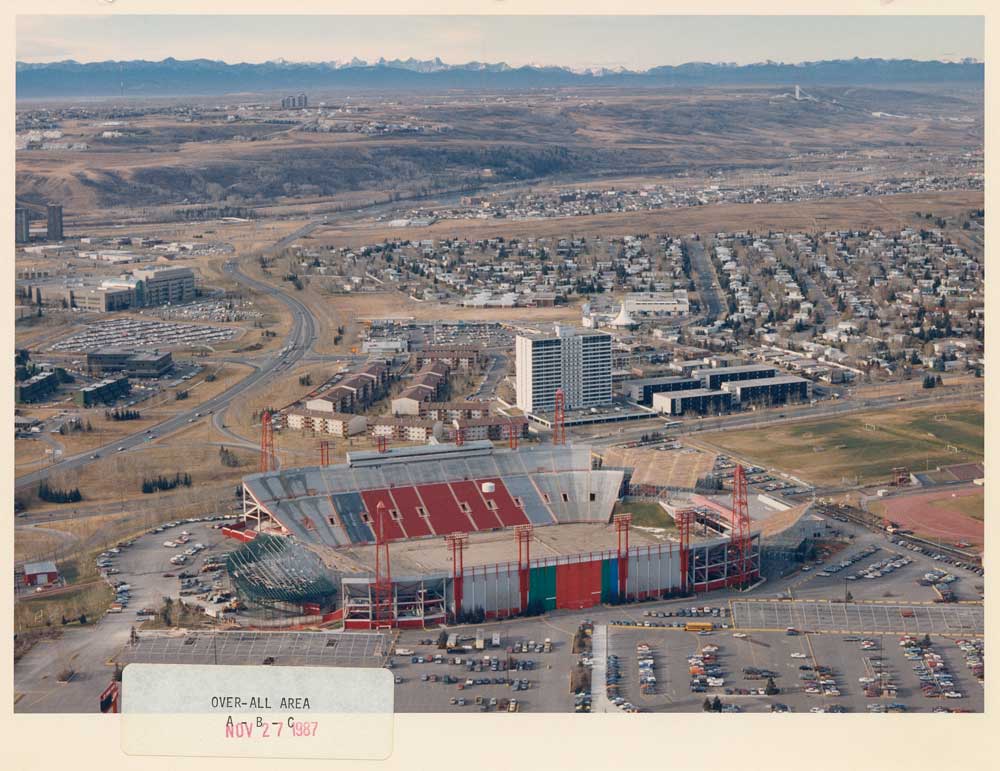 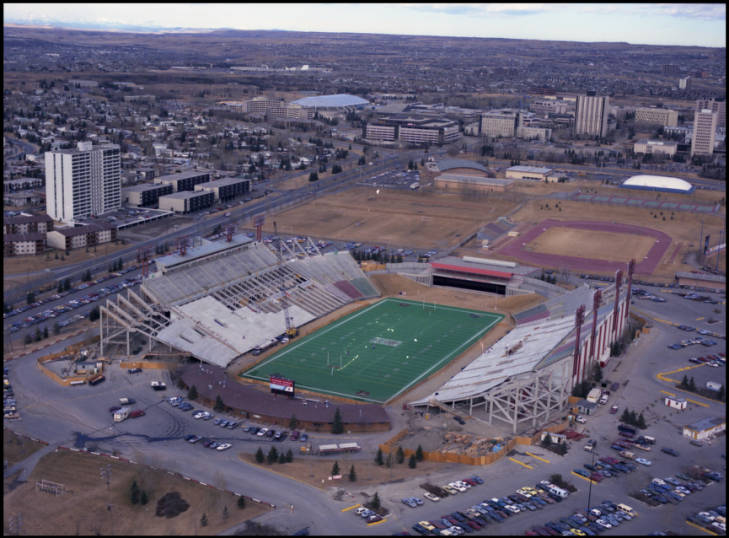 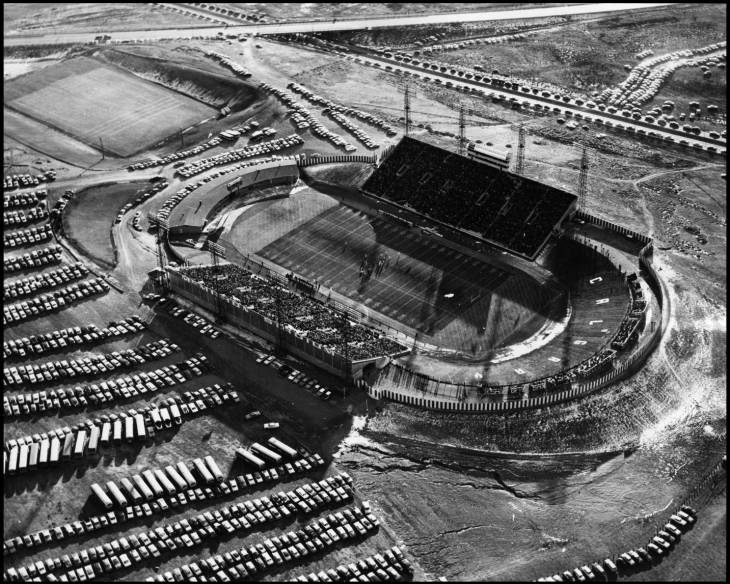 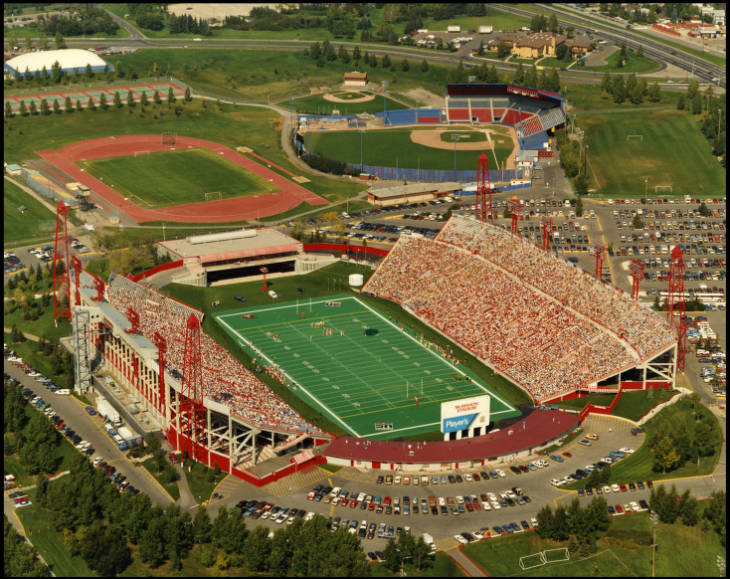 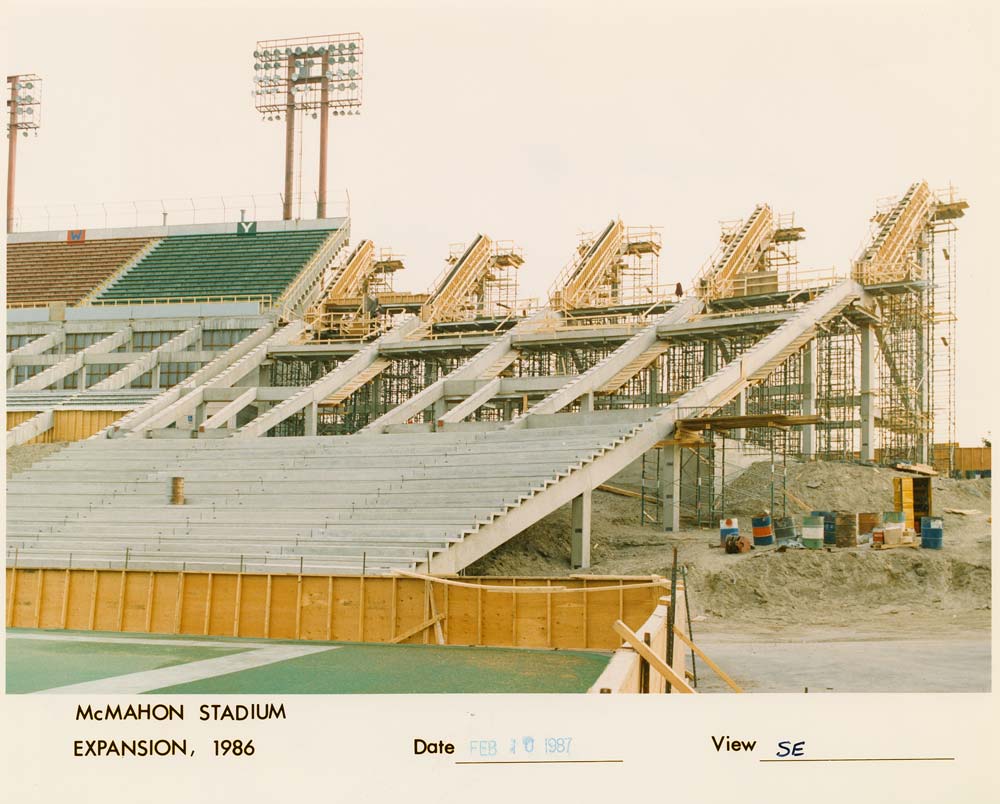 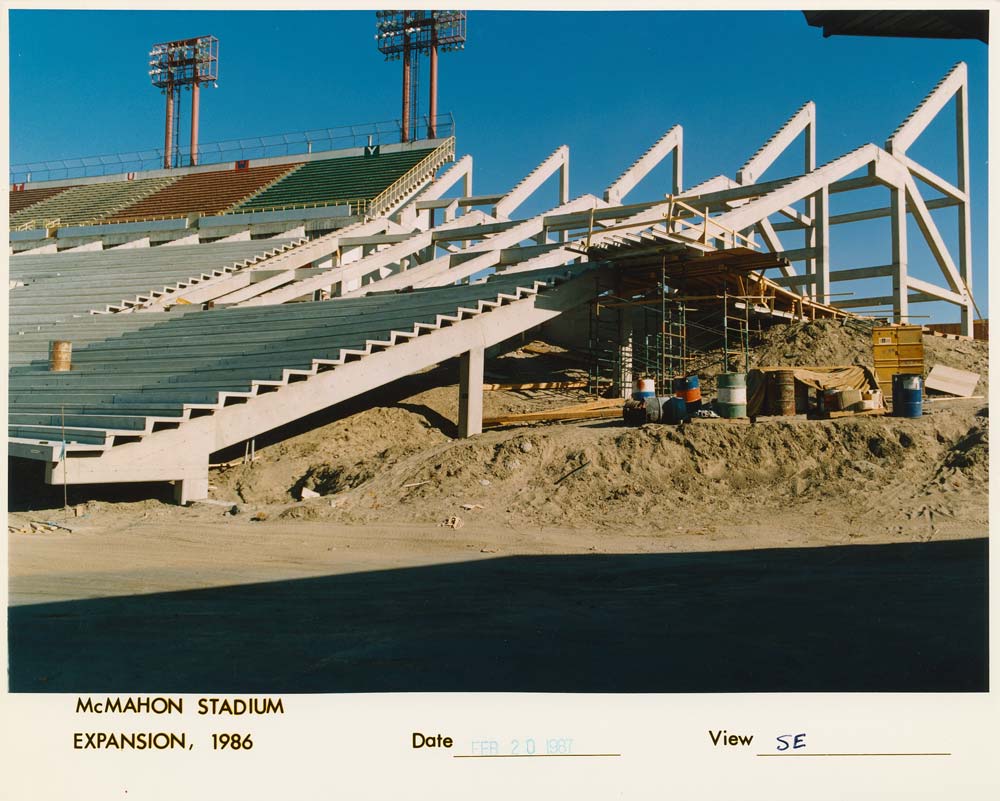 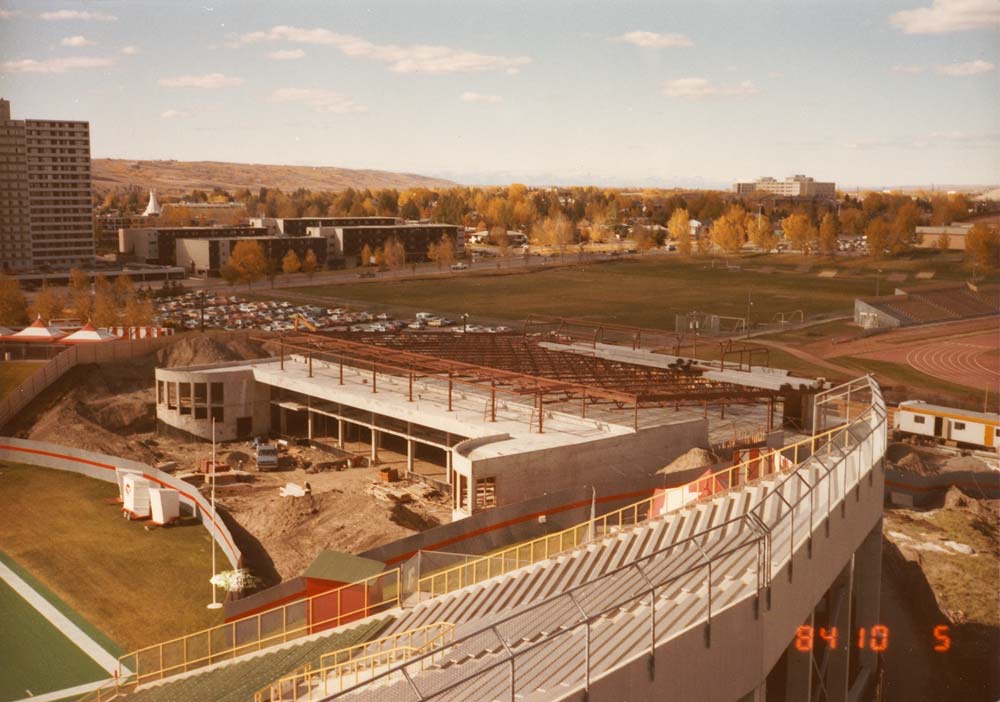 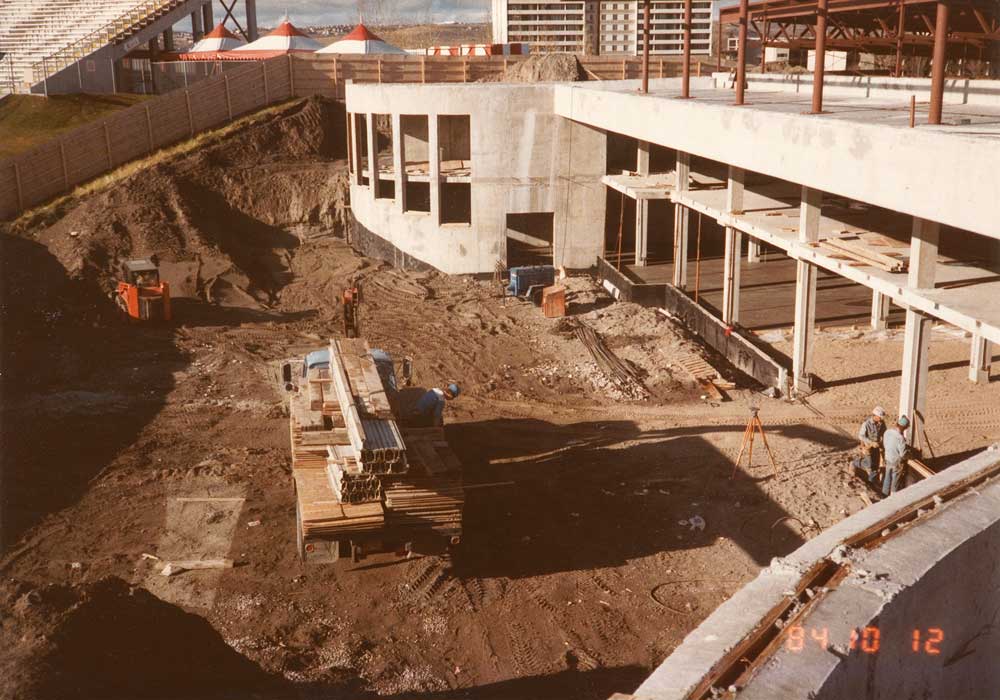 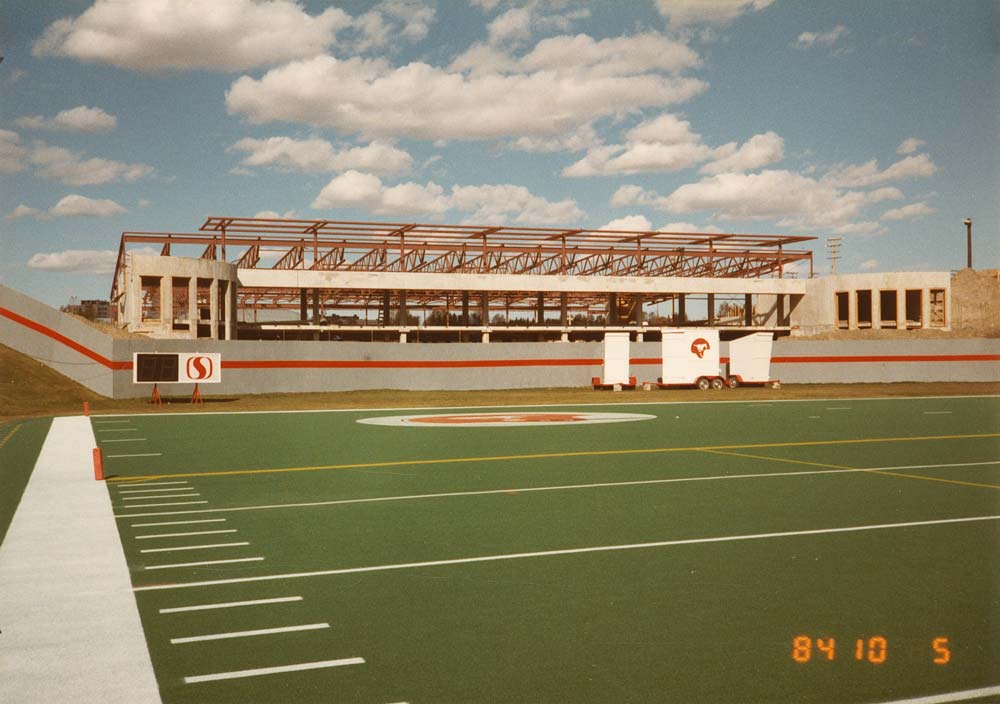 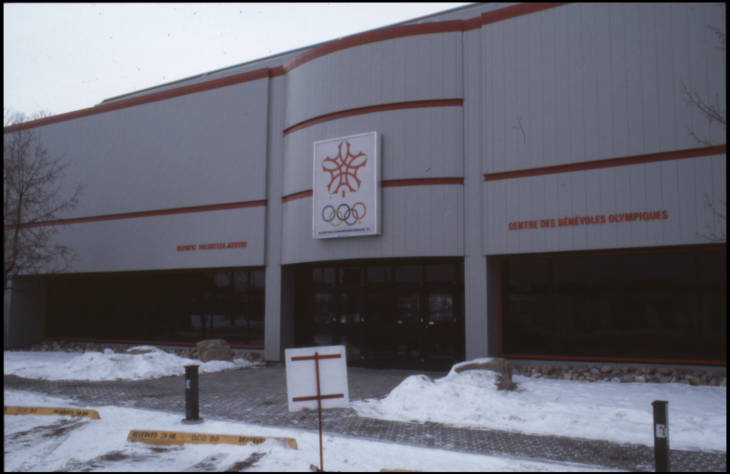 ... the hot water tanks in the locker rooms were 'capable of producing 1,200 gallons of hot water per hour…enough to parboil the entire Edmonton Eskimos by half-time.'