With the library acquiring new books at a rate of 20,000 to 25,000 per year; the new building would reach its capacity of 250,000 books by 1968.  With a projected million books by 1977, plans for a larger space were underway by 1966 including easy-access short-term parking for dropping off and picking up books, a handy feature that no longer exists.

Known initially as the Library Extension, construction took place 1970-1972:  “the extension will ultimately incorporate a 21 storey-tower – making it the second highest campus library on the continent.”  Construction would take place in 3 stages – the first 7 floors followed by an additional six, and then the final seven floors to total 21 storeys.   Original expansion plans involved horizontal building across campus, given all the available land, but the administration considered a tower “would produce a central focal point for the campus and would decidedly contribute to the overall massing.” Local opinion seemed to agree – a newspaper article from summer 1970 reported: “$3 million U. of C. Library Will Banish An ‘Ivy Image.'” By the time all the phases of development were complete, it would have “21 storeys of shiny glass and metal with the latest in comfort and electronic learning aids,” which would make it “one of the most advanced library complexes in Canada.”

The Tower eventually topped out at 13 storeys (12 floors with a mechanical floor mid-way), built of the flamingo quartz aggregate cladding standard on the early campus.  Construction of the Tower generated rumors of instability and ill-planning that circulated with each new generation of students. The Department of Public Works also expressed some displeasure that the Tower and Link would not coordinate with the existing Block, which then had a glass and bronze exterior; recladding of the Block eventually solved this issue.  The Tower officially opened on January 10, 1973.

In 1984, the Library Block and Tower were both named in honour of R.A. MacKimmie, chair of the Board of Governors, and donor to the university.

When all library functions moved to the new Taylor Family Digital Library in 2010-2011, the Tower became home to a number of administrative offices.  In 2016, the provincial government donated $8.6 million each year for two years to help start the redevelopment of the entire building.  Redevelopment work, gutting the interior of the tower, began in the fall of 2017, and in early 2018, the removal of the exterior cladding began. Two more floors are being added, in addition to the refurbishment of the interior and exterior, and the complete demolition and redesign of the link between the Tower and Professional Faculties. Plans for the new building include making it a “net-zero carbon building,” achieved through energy-saving measures such as high-efficiency mechanical equipment, a double skin façade, photovoltaics, and natural ventilation with a 2022 completion date.

The question:  “Was the weight of books taken into account during construction of the Library Tower?” is one of those enduring urban myths on campus – the floors in the MacKimmie Tower sag towards the centre because the designers did not factor in the weight of the books.  This is a fun story, and as with all good urban myths, it is rooted somewhat in truth.

The Tower’s initial design anticipated that “the extension will ultimately incorporate a 21 storey- tower – making it the second highest campus library on the continent.” However, the completed Tower is only 12 floors + a mechanical floor.  The stories about the sagging floors appeared shortly after the Tower was finished:  a memo from February 1973 indicated a “book truck had run from one side of the building to the other, being intercepted near the centre.”  And a letter ran in The Gauntlet in 1974 from a student surmising that the additional stories had not been built because the building couldn’t handle the weight.

However, the observation records on the settling of the Tower indicate that although the Tower was settling more towards the core than the periphery, it was all well within expected norms.

The stories and rumors may originate from the Tower’s construction; there was indeed some issues with the pouring of the foundation pilings.  “The technique, or sequencing, used by the piling contractor was found to be breaking adjacent concrete piles which had not yet attained sufficient strength.”  To solve this, an independent geotechnical consultant was called in with the result that “all the piles were core drilled and huge amounts of concrete slurry pressured down using oil well techniques with the result that the base, deep under the Tower is one solid mass of concrete capable of supporting not only the existing building but the intent, at that time, or adding seven more floors in the future.”

The reason that the additional 7 stories were never built actually relates to the severe elevator problems in the high occupancy load buildings. 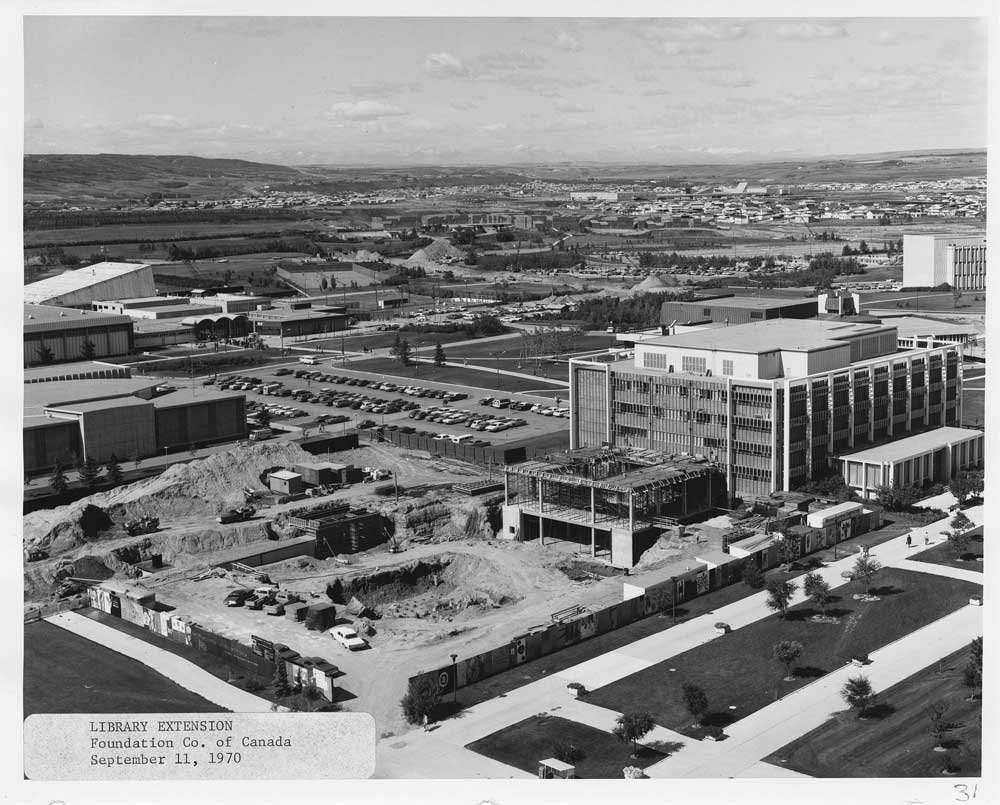 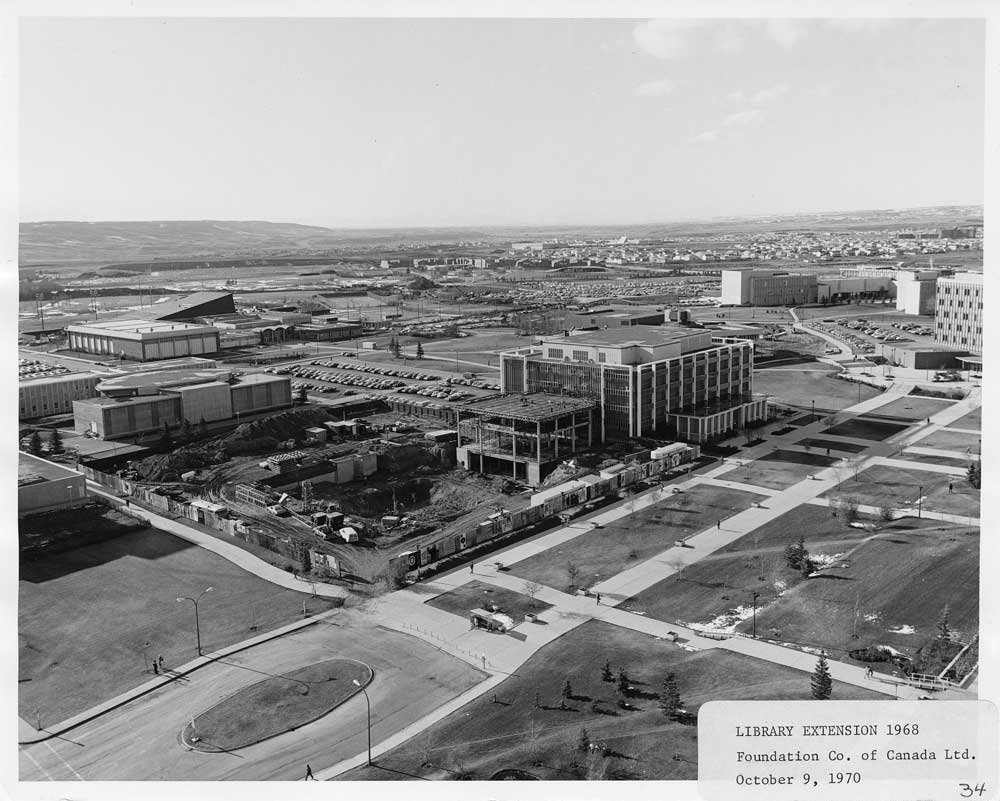 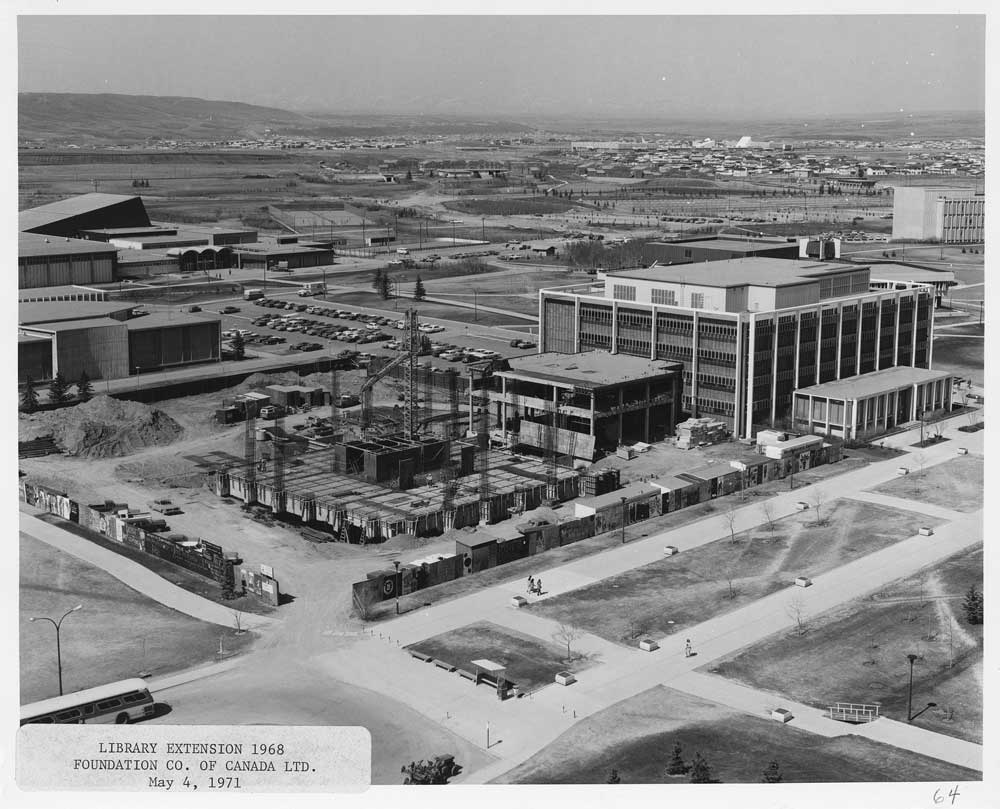 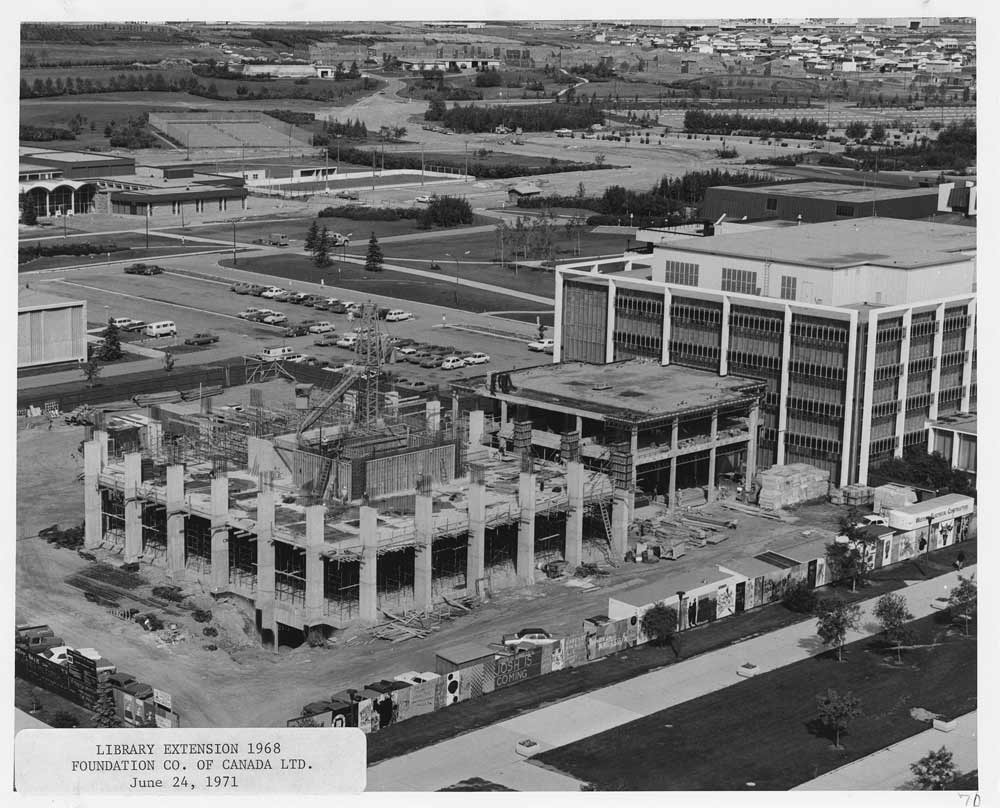 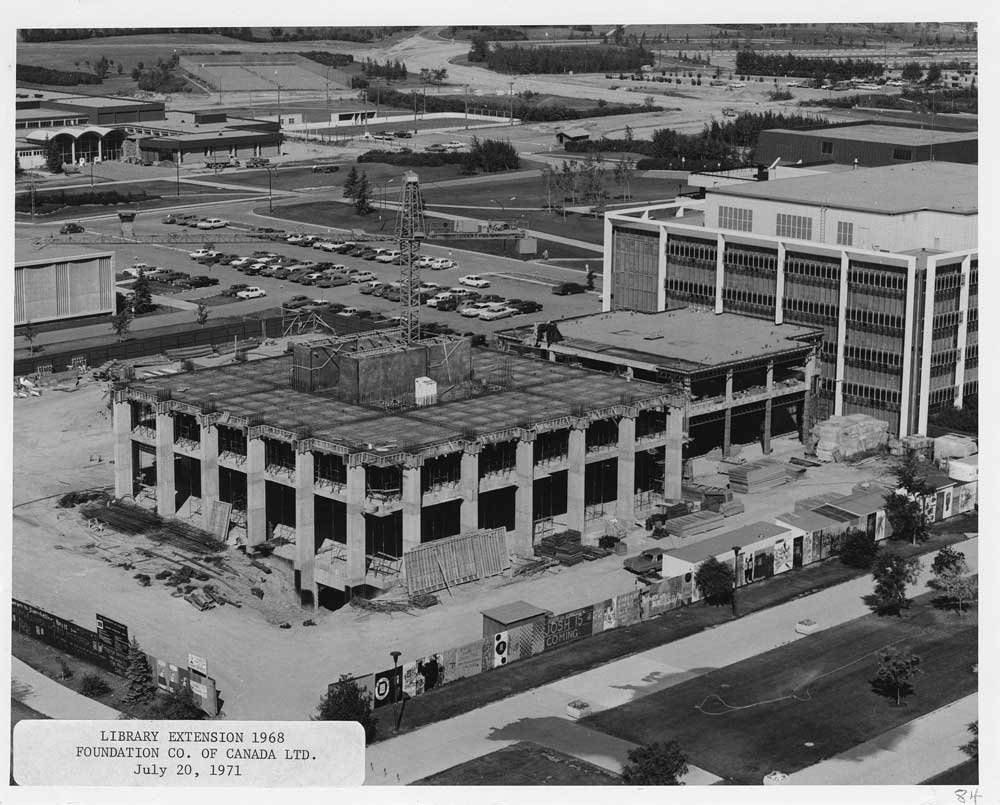 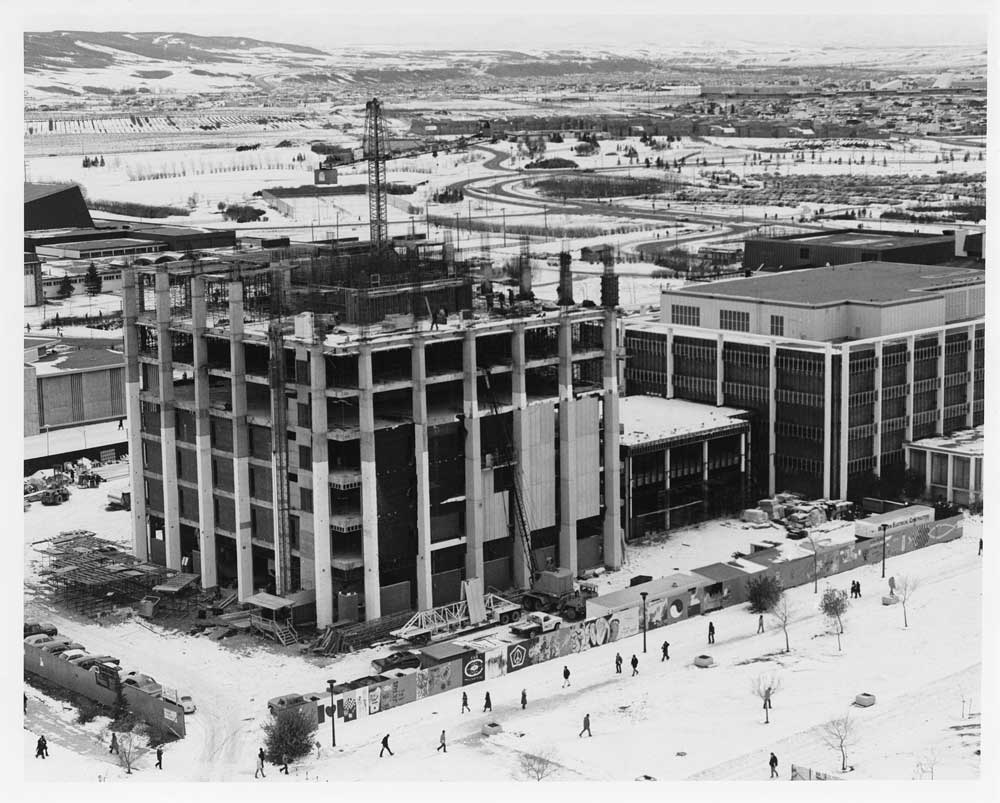 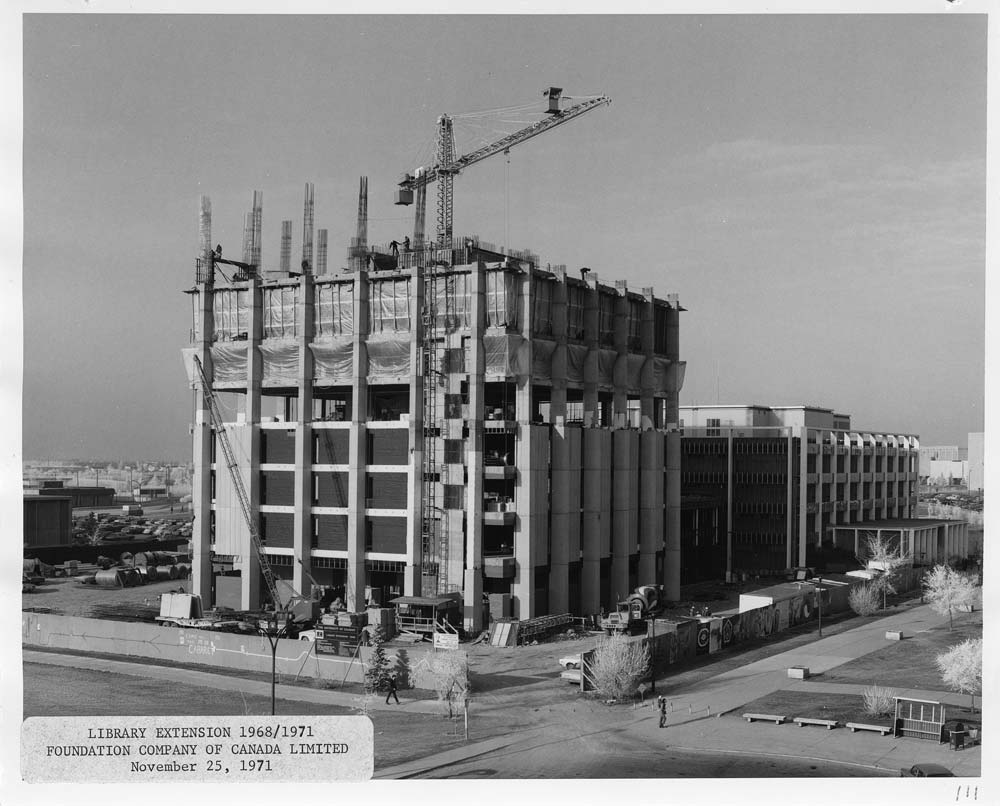 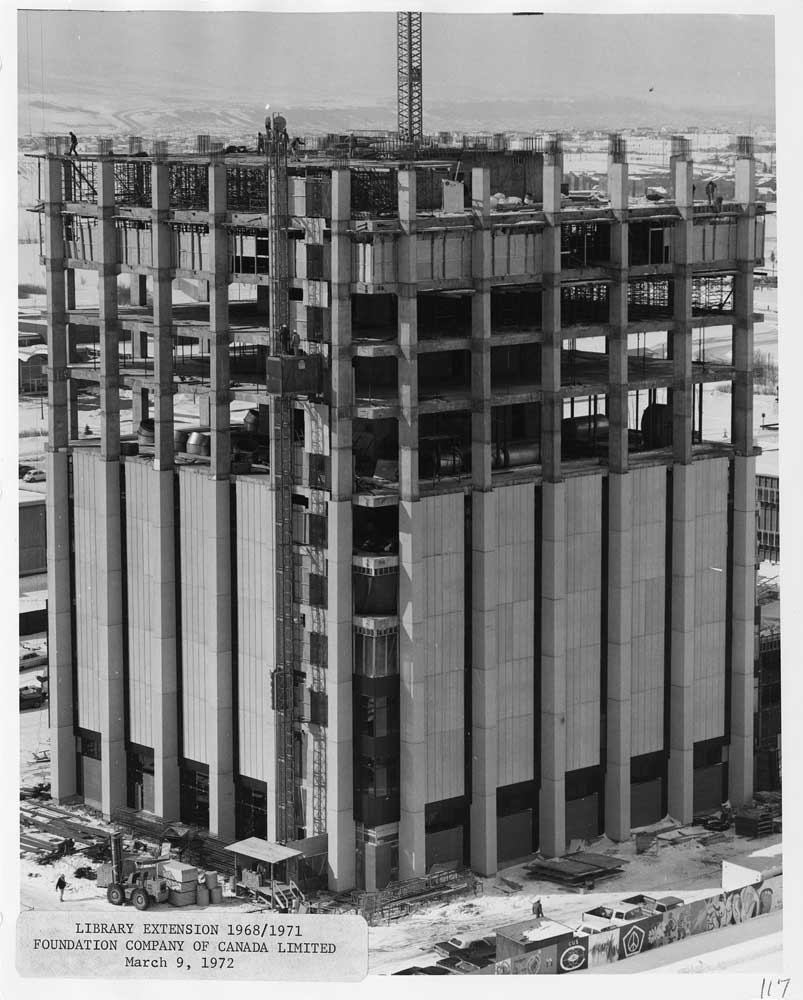 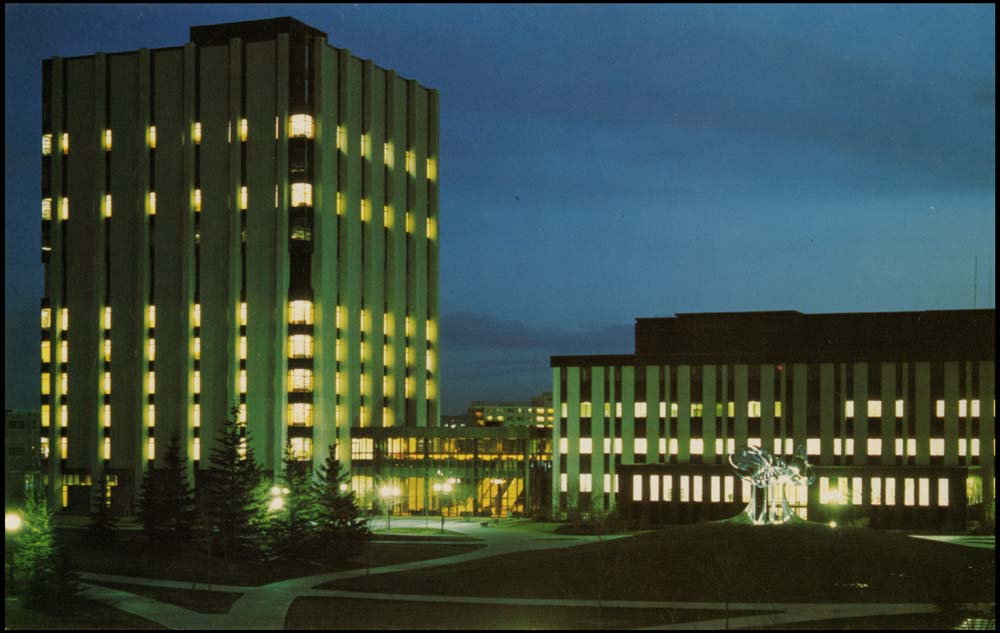 ... administration considered a tower 'would produce a central focal point for the campus and would decidedly contribute to the overall massing.'