When the Board of Governors of the University of Alberta reviewed the new plans for the Calgary Campus in fall 1958, they realized there was “no provision…for a library…This is a serious omission,” which they called on the Department of Public Works to correct immediately.

The first library ended up in the basement of the Arts/Administration building as a temporary measure during construction of the new building.  Plans for the Library (eventually Library Block) showed a four-storey, 109,000 square foot building (larger than the Edmonton campus library, as the Governors quickly pointed out) with a design similar to that of the UNESCO building in Paris, France.   Construction began in August 1962, and finished in the fall of 1963. The exterior was concrete, synthetic granite, glass, and bronze accents.

The fourth floor of the Library Block housed several academic departments and administrative service offices during the years before sufficient buildings existed on campus for these offices to move out.

In October 1974, the Library Block underwent a complete exterior recladding.  No longer a distinctive glass and bronze, the exterior changed to the same flamingo quartz used on many other early campus buildings, including the Library Tower under construction next door.  The students’ newspaper, the Gauntlet, had theories as to the change:  campus administration had grown tired of pigeons roosting on the sunscreens; the sunscreens, modeled on the UNESCO building in Paris, were inefficient in Alberta’s climate.

Dr. de Paiva, the VP of Services, published a reply to this article later that month.  Although he made no mention of pigeons, it is clear that the cladding of the building had not handled Calgary’s weather very well.  For whatever reason, the exterior walls had not included vapour barrier and they leaked during the regular freeze-thaw cycle of winter Chinooks.  The wooden frames had rotted, and masonry would eventually fall off.  Dr. de Paiva also pointed out that the reduction in glass surfaces would save money on utility costs. The recladding project ran from February 1974 tol March 1975, costing just under $8 million.

In the 1980s, the Library Block underwent asbestos abatement.  During the process, a glass wall collapsed.  No one was injured, and the asbestos removal continued without any unsafe level of fibres escaping.

In 1984, the Library Block and Tower were both named in honour of R.A. MacKimmie, chair of the Board of Governors, and a donor to the university.

In 1999, the second floor of the MacKimmie Block underwent significant renovations to accommodate a new concept in study space: an Information Commons.   The Commons would be a “central facility providing access to the technology required to identify, locate, retrieve and manipulate information.” Groundbreaking at the time, today this technology plays a standard role in any modern library.

The Block is slated for demolition in 2019. 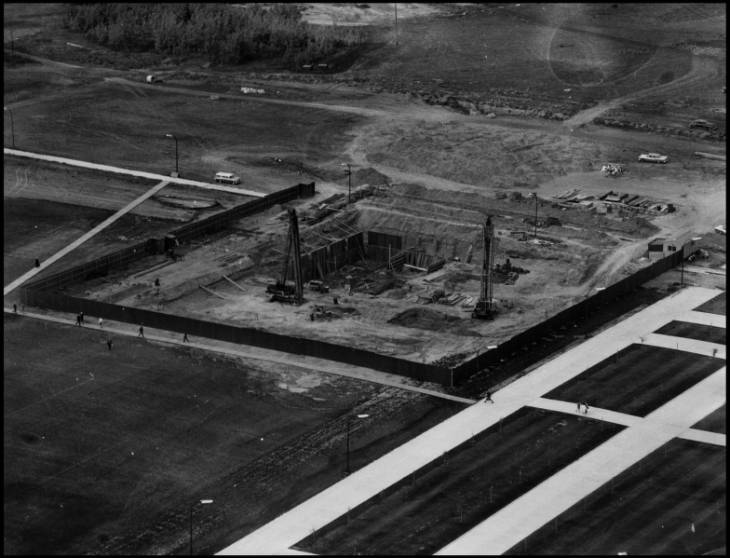 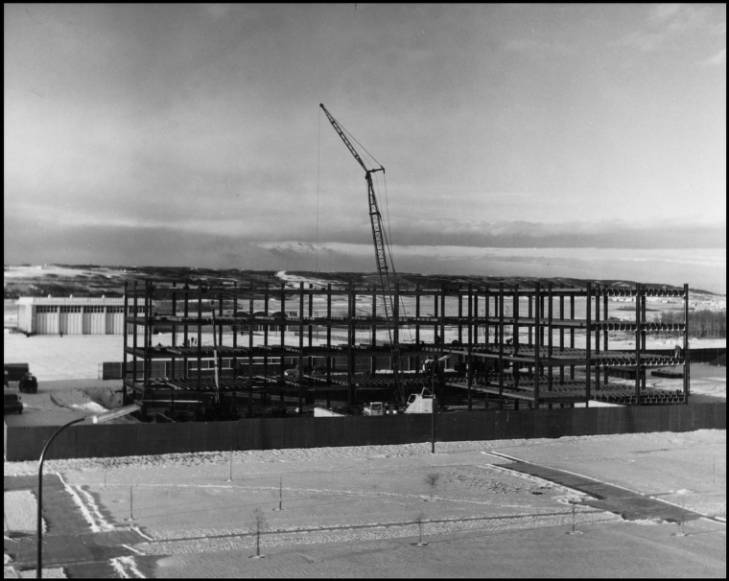 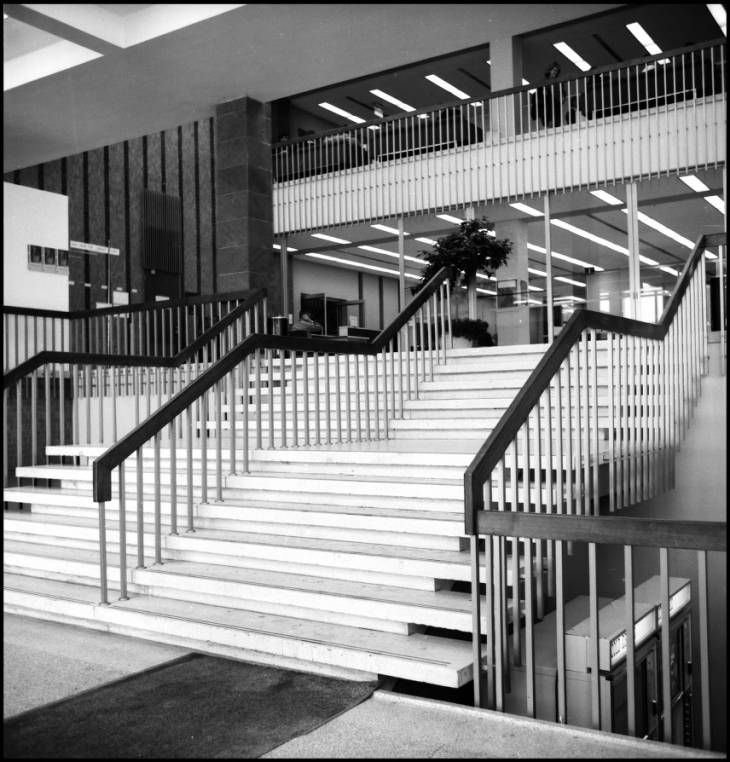 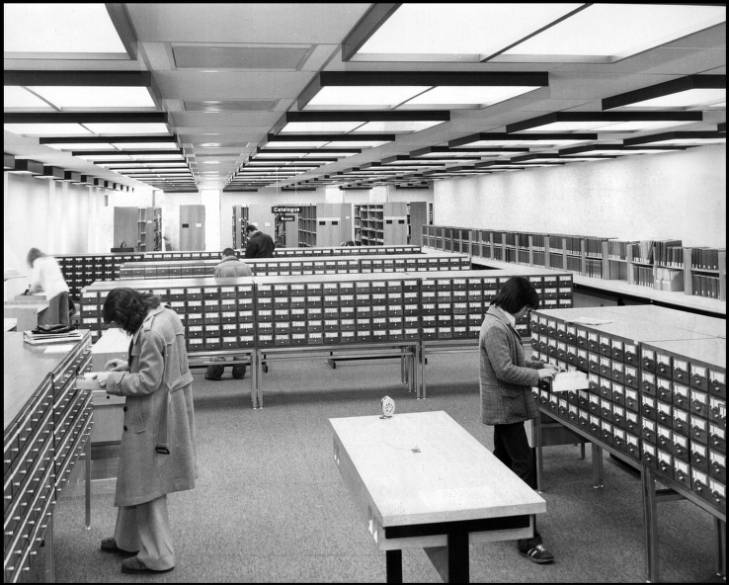 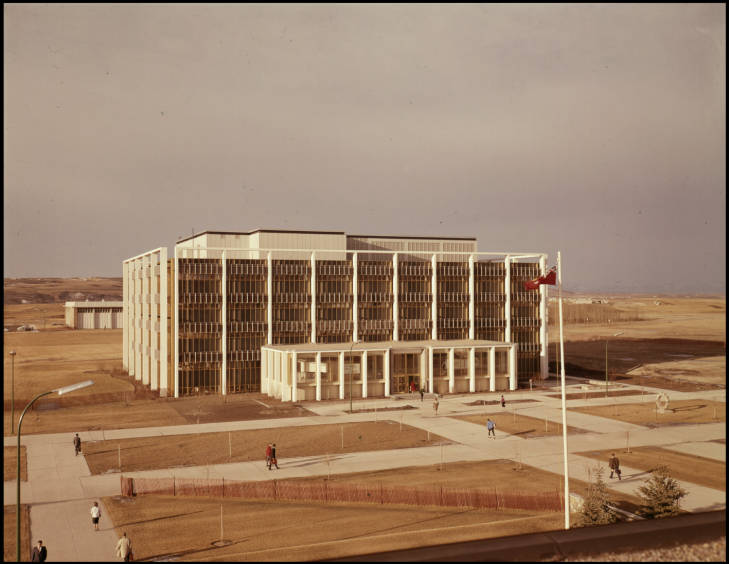 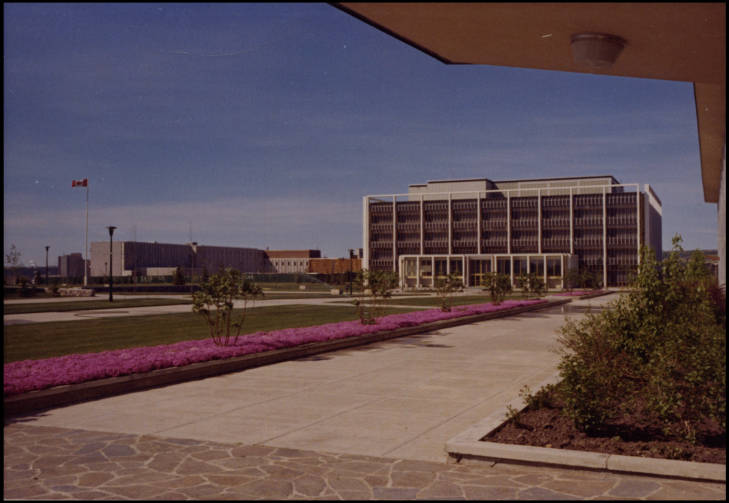 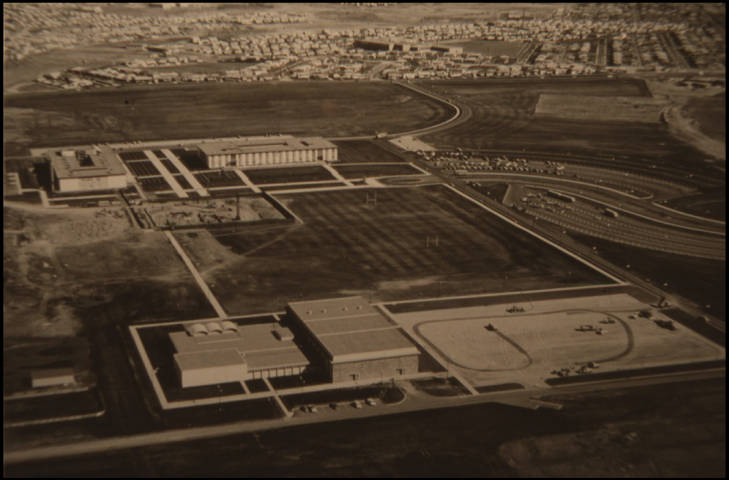 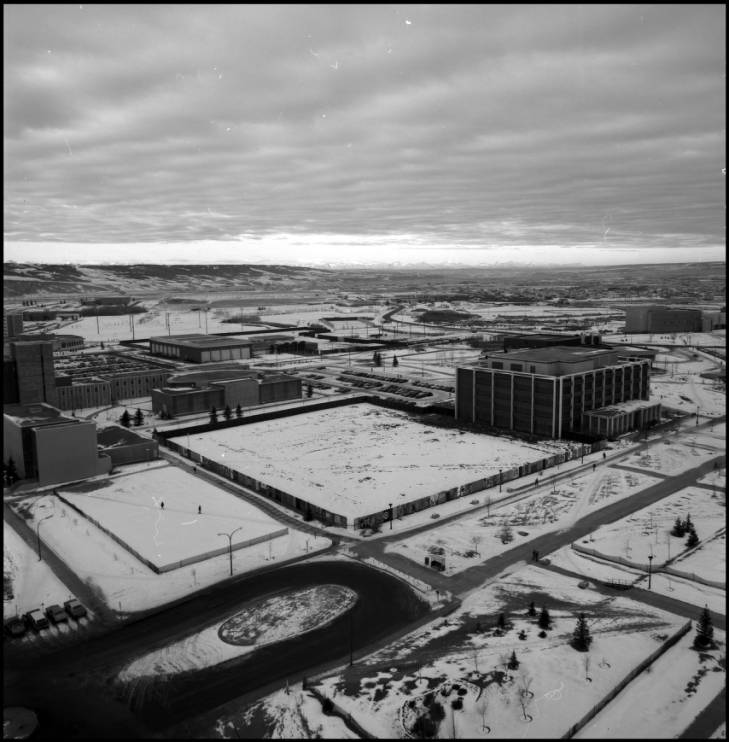 When the Board of Governors of the University of Alberta reviewed the new plans for the Calgary Campus in fall 1958, they realized there was 'no provision…for a library…This is a serious omission'