By 1983, Mac Hall very obviously required expansion.  The student population had long since surpassed the 6,000 accommodated in the original designs.  In 1984, the Students’ Union prepared a discussion paper setting out a vision for building expansion with key factors including: the anticipated increase in use owing to the upcoming 1988 Winter Olympics; the possibility of new external funding sources; the Students’ Union ability to now provide funds through savings: and the possibility of using the expansion to house non-academic services such as the Faculty Club and the Grad Students’ Association, freeing up much needed space in academic buildings.

In the spring of 1985, the projected cost of the expansion, including some renovations to the existing space, came to $20.6 million, scheduled for completion in August 1987.   The project did receive a contribution of $4 million from the Alberta Olympic Secretariat.

A 1986 booklet outlining the expansion noted features including “open and spacious with tasteful use of greenery,” and “extensive glass treatment of the walls and roof will enable the visitor to view the park-like setting of the University.” Dining facilities included Dinnie’s Den, the Cafe, the Quiet Lounge, the Black Lounge (with fireplace), the Faculty and Support Staff Clubs, and the food court.  The expansion became the MacEwan Student Centre.

Further plans surfaced in the mid-1990s, this time to the east side of the original Mac Hall.  With proposed financing by the Students’ Union, the 67,600 square foot expansion consisted of a restaurant and ballroom for $5 million.  The cost later ballooned in spring 1997 to $9.9 million for 70,000 square feet including a link to MacKimmie Library and a coffee shop; additional discussions of linking with the Nickle Arts Museum did not receive approval.  By the fall of that year, the entire project was on hold “indefinitely,” due to the high cost and limited capacity to provide for long-term expansion needs.

Revised plans in the spring of 1998 now indicated a “multi-use facility” between Mac Hall and Science B, connected with an underground link, and conceived as a flexible space capable of hosting up to 1,800 people, or be divided into small sections.  The much-delayed groundbreaking on October 26, 2000 also involved relocating The Rock.  The Calgary Herald reported that the 50,000 square foot expansion cost $8.8 million, providing space for concerts and trade shows.

When the new facility opened on January 23, 2002, the student newspaper, the Gauntlet, published an article called “Why MacEwan Hall took so damn long to build.”  The writer called it a “saga that has seen six Students’ Union Executives, three university presidents, and more frustrated Gauntlet writers than you can fit into the Den.”

In 2003, the Students’ Union considered revenue from a naming opportunity with Molson Brewery to provide funds for much needed ballroom renovations; the idea of a Molson Ballroom never moved past the planning stage.  Fifteen years later, in the spring of 2018, the Gauntlet reported on renovations to the 50-year old ballroom space now scheduled for early 2019, at the cost of $2 million.   The Students’ Union also announced they intend to redevelop the entire building over a ten-year period. 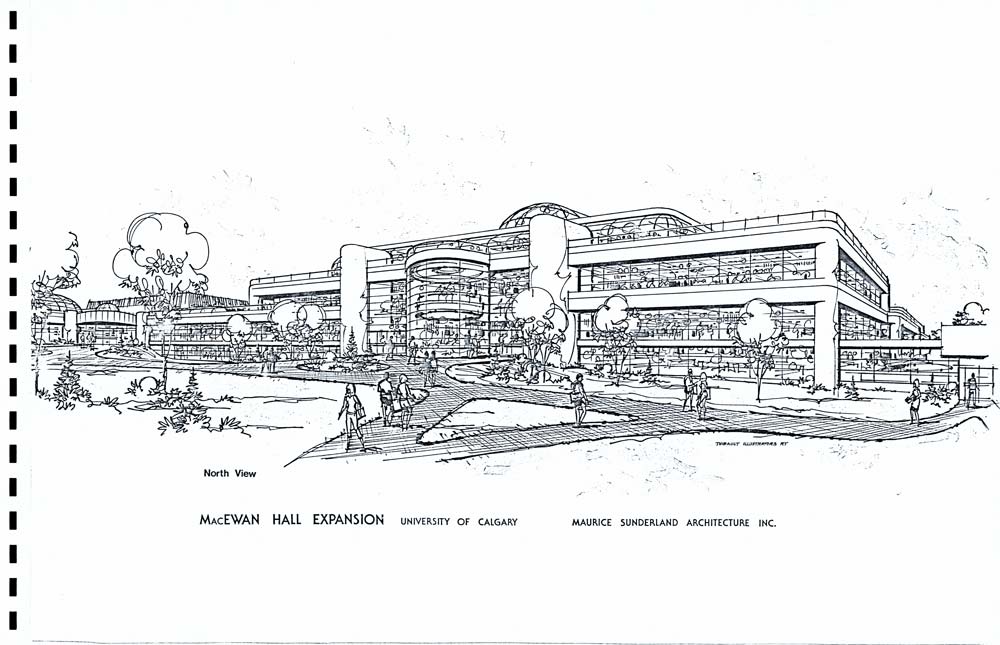 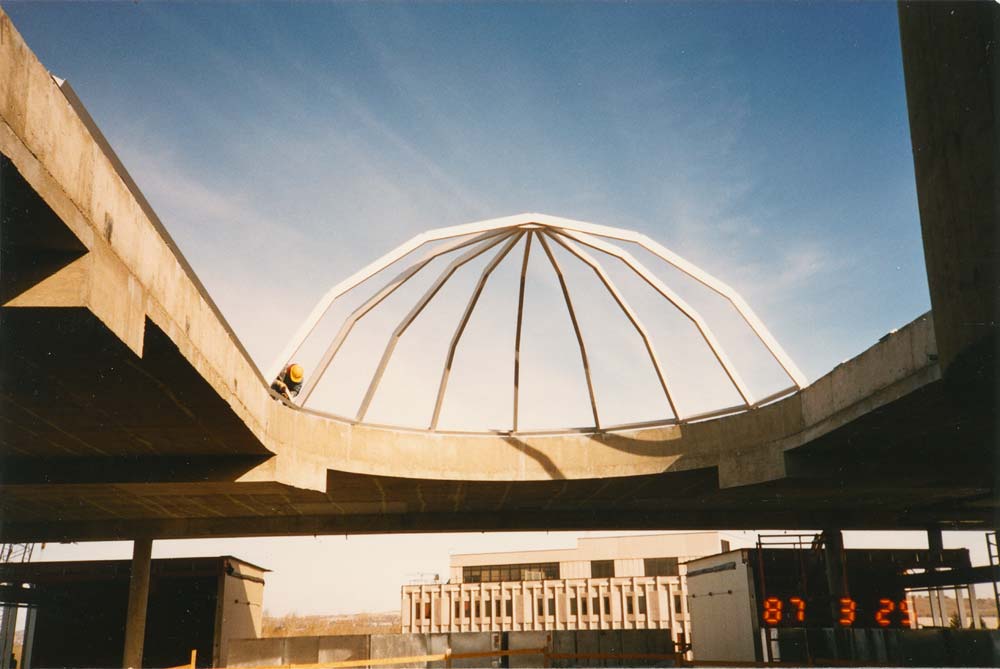 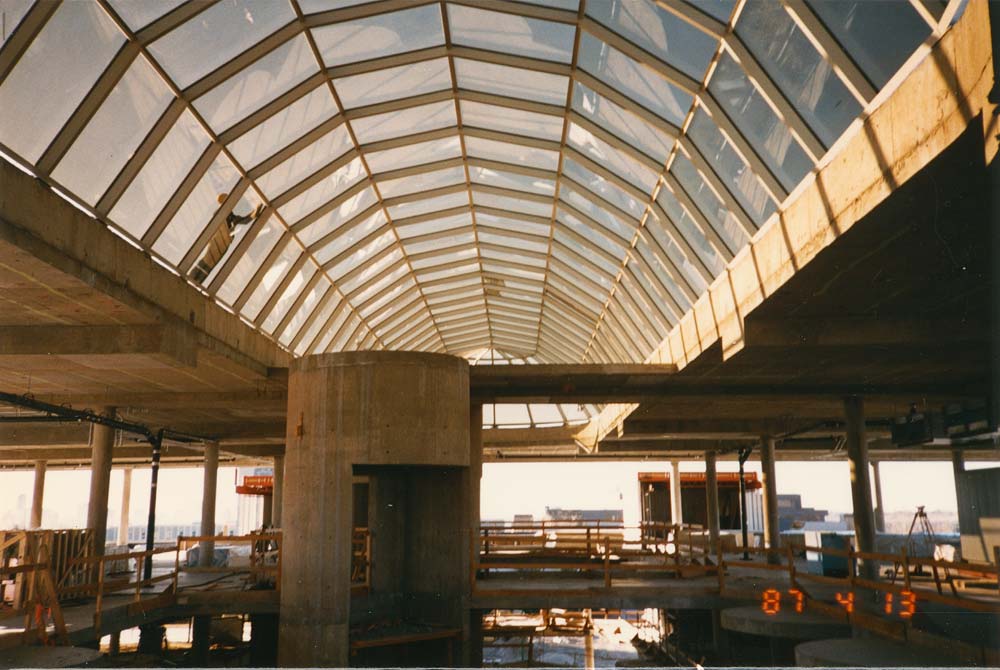 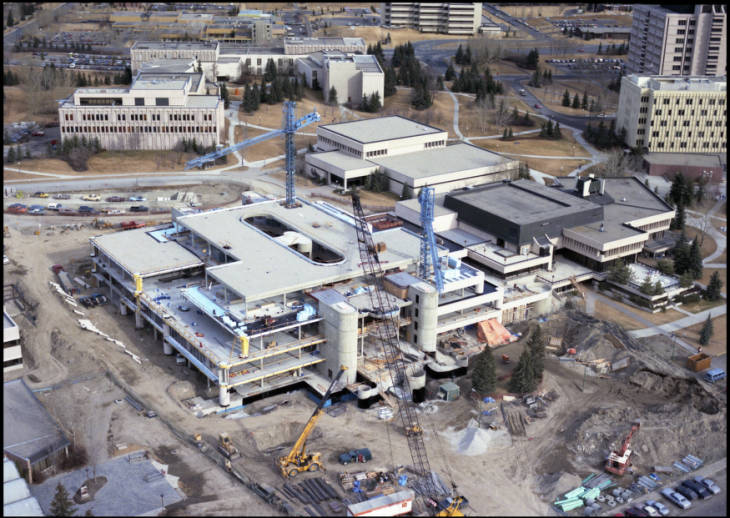 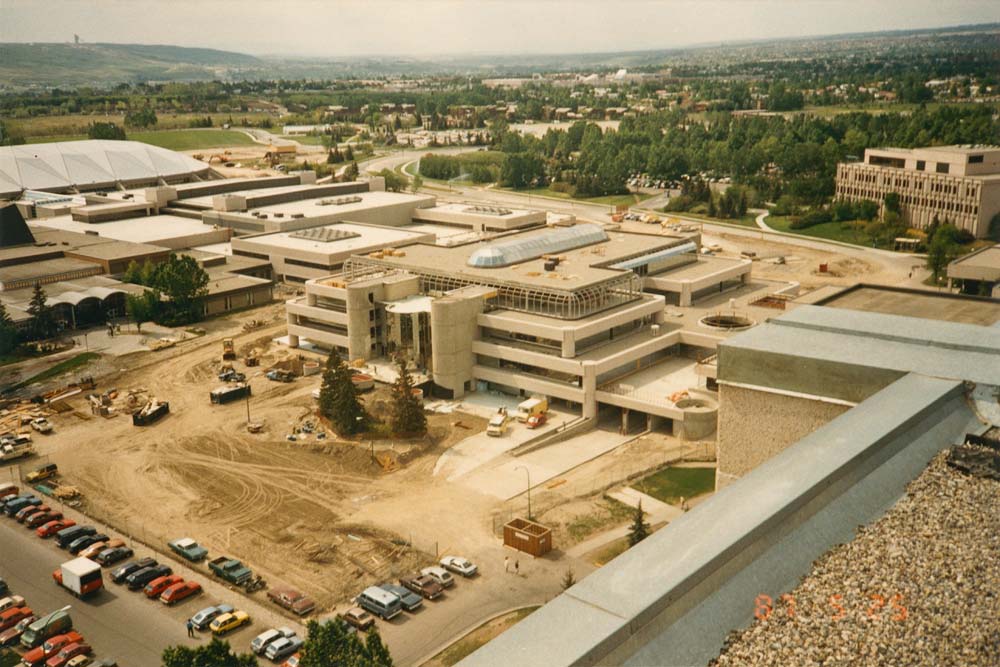 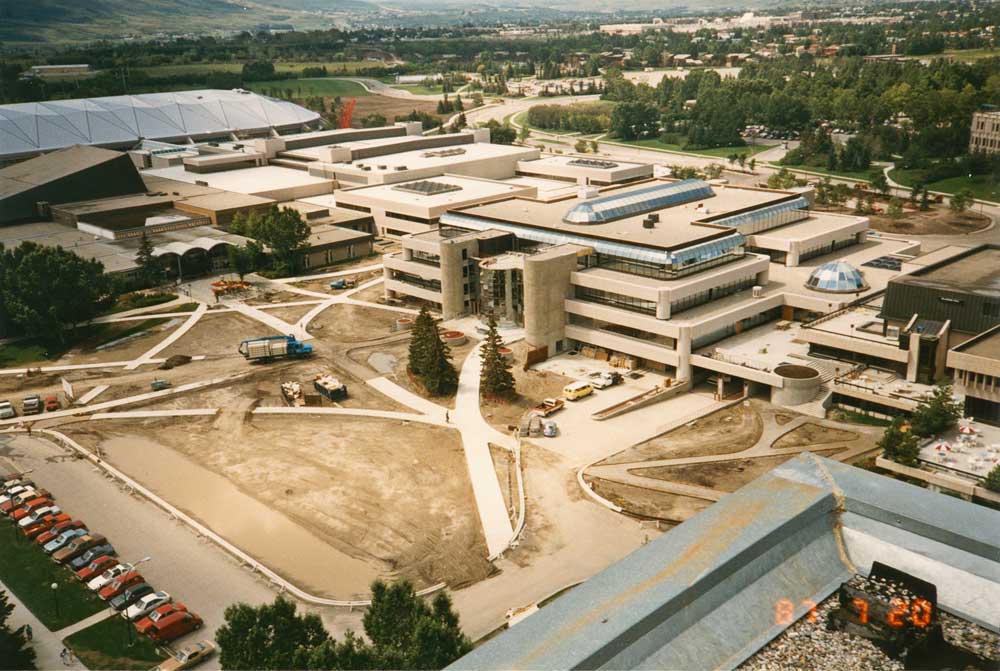 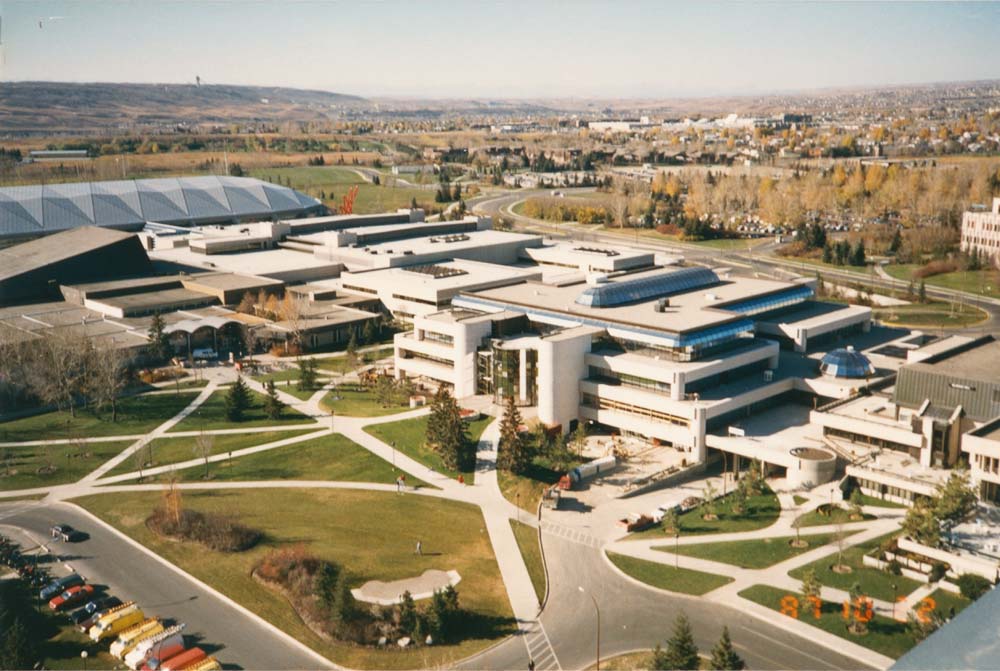 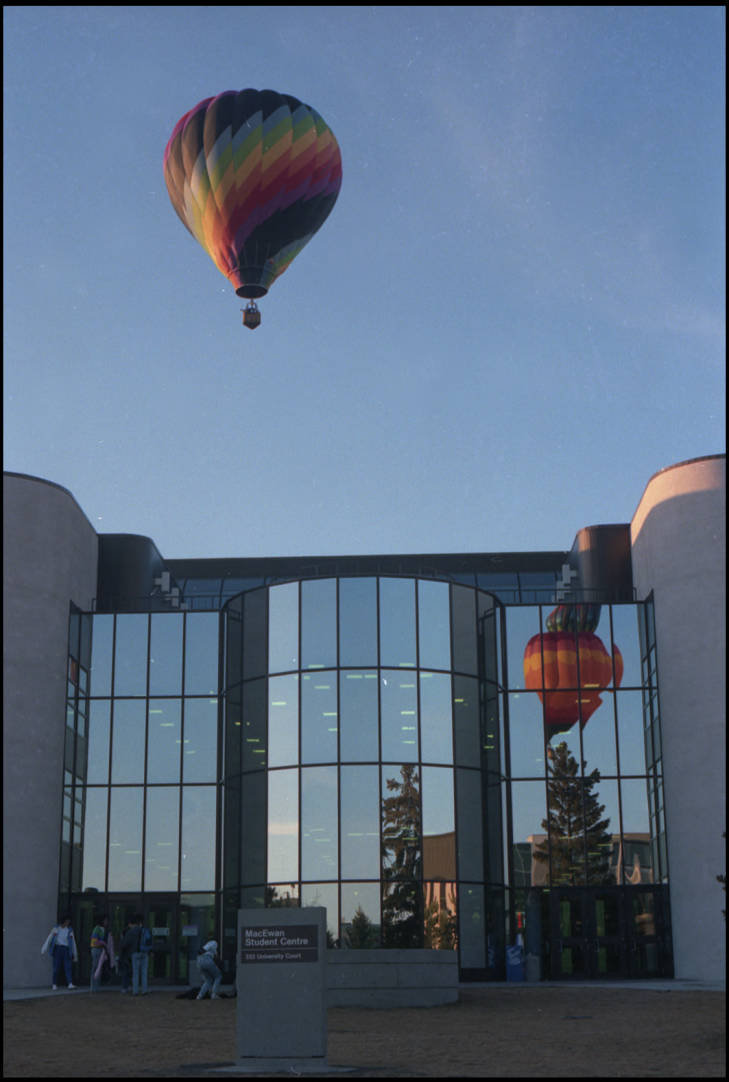 When the new facility opened on January 23, 2002, the student newspaper, the Gauntlet, published an article called “Why MacEwan Hall took so damn long to build.” The writer called it a “saga that has seen six Students’ Union Executives, three university presidents, and more frustrated Gauntlet writers than you can fit into the Den.”