While still located at the Provincial Institute of Technology (now SAIT) in the 1950s, the Students’ Union of the University of Alberta, Calgary Branch operated out of an old World War II barracks building.  By 1964, four years after moving to the new campus, the Students’ Union still had no location to call their own.  A proposal put forward that year called for a “community centre of the University,” a “social, cultural and governmental centre,” mostly student-oriented but with facilities to provide food services for everyone on campus.

In September 1965, the students’ newspaper, the Gauntlet, reported that construction on the “SUB” (Students’ Union Building) would begin in early 1966 with a completion date of early 1967. The projected cost of $1.9 million involved funding from student fees, a loan, and university funding.   The Students’ Union proposed the name “Harambee House” in March 1967, a Swahili word meaning “place where friends meet”; the Board of Governors eventually opted for MacEwan Hall after Lieutenant Governor Grant MacEwan, a former Calgary mayor, who opened the building on November 17, 1967.  A local newspaper reporting on the 300,000 square foot building found the copper roof so notable that the article mentioned it twice, and the copper fire pit found in the “fume lounge.”

The following day, the local news reported on a student protest outside the opening ceremony.  It appeared that the ceremony excluded students from an official role, with only a few select student guests invited to the dinner reception afterwards.  Some students staged a mock opening ahead of the official one, joking about how they would have invited everyone to dinner, but the space had already been booked for another event.

In the early 1970s, Mac Hall included a food services area that seated 500, pool and ping-pong tables, a bowling alley, a 1,000 person dining room and ballroom, a fire pit lounge, a music lounge, a library, offices and meeting rooms, a bank, a barber, and a bookstore.

In 1979, Mac Hall won a City of Calgary urban design award “in the recreational building category.” 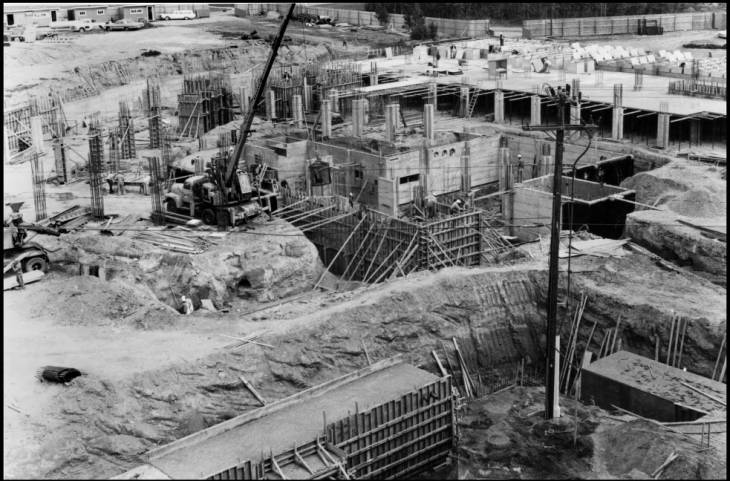 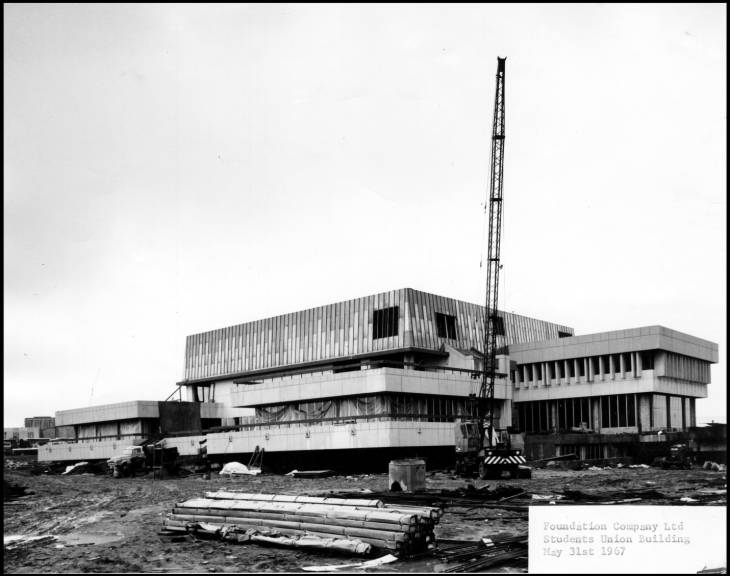 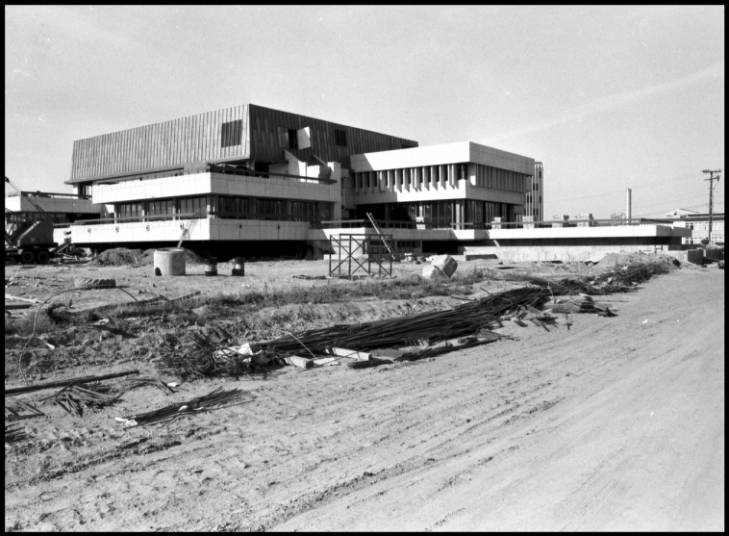 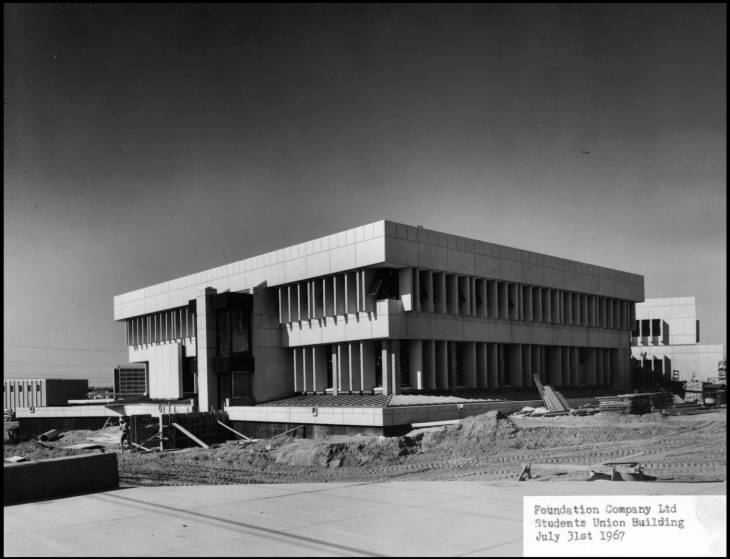 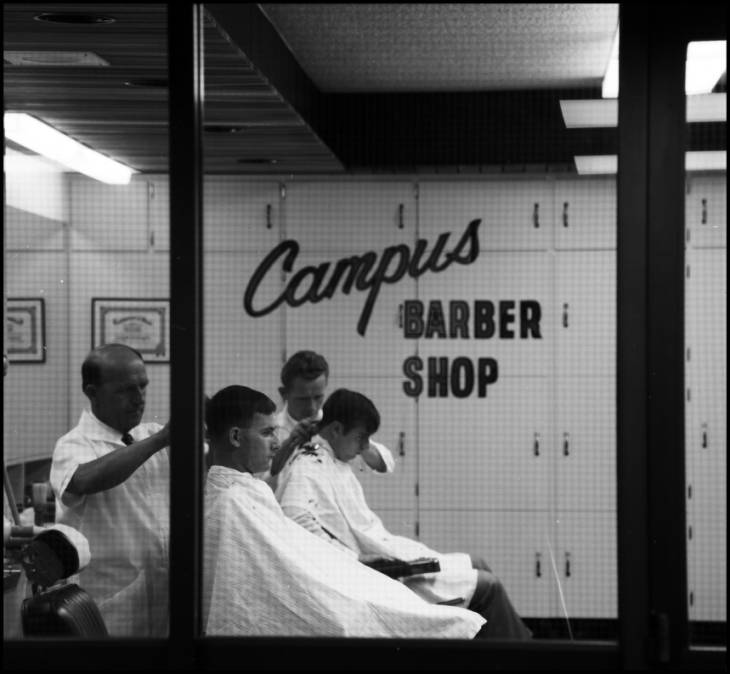 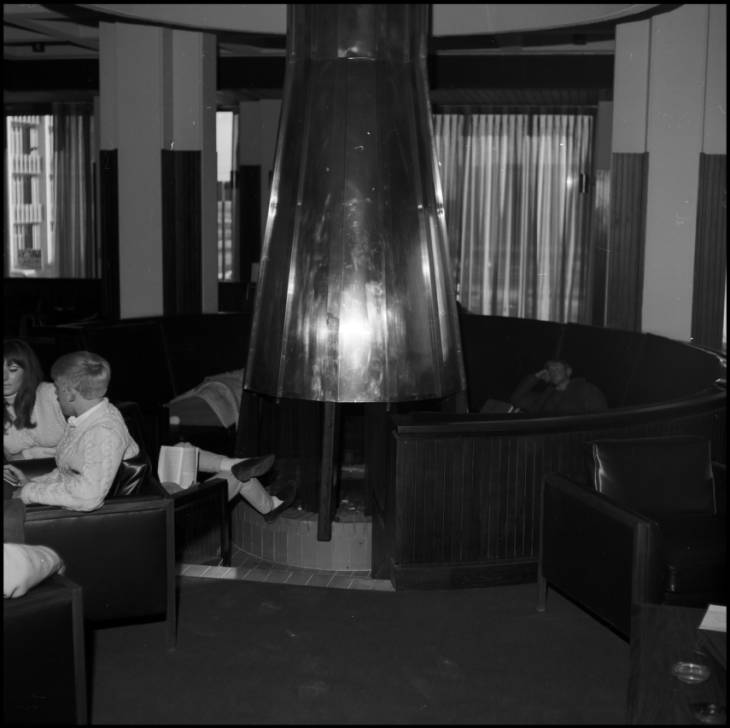 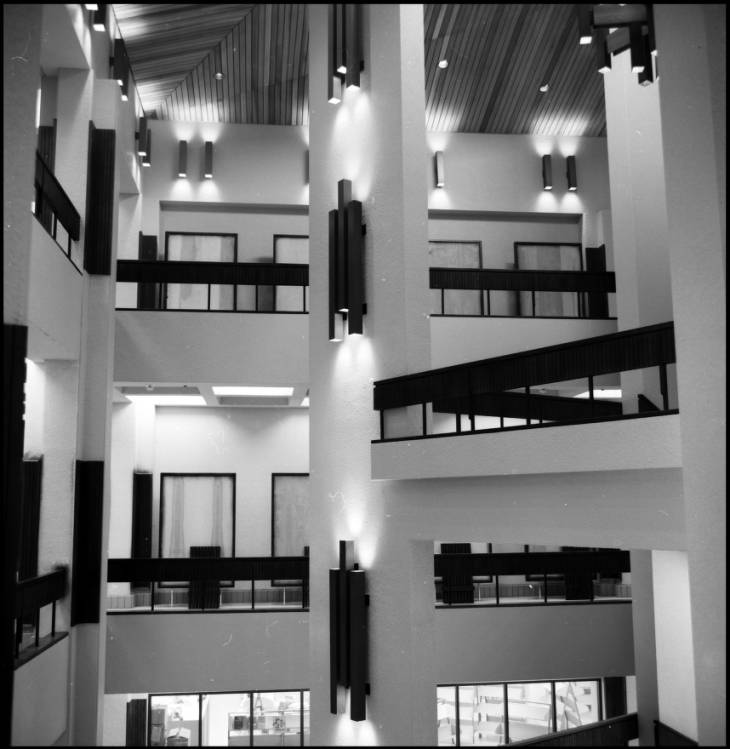 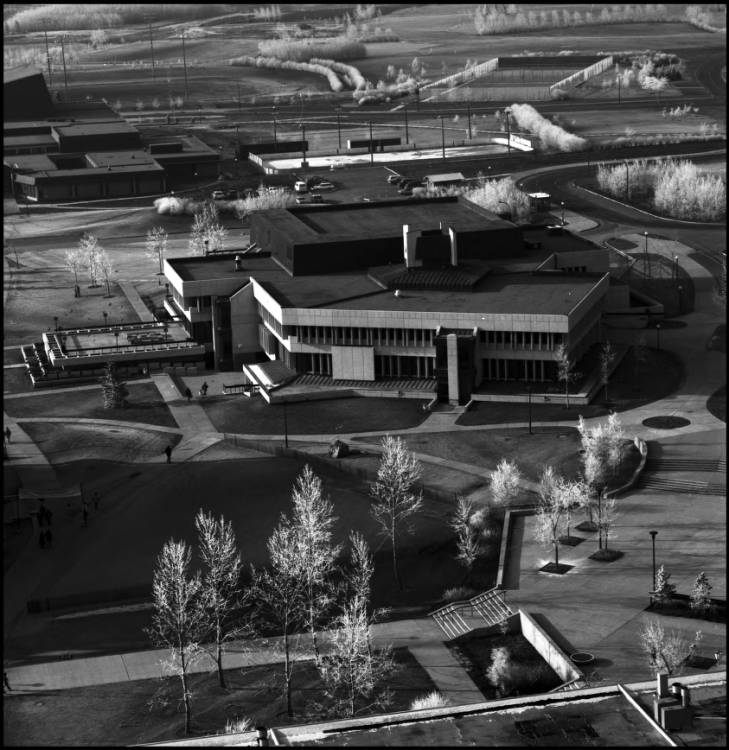 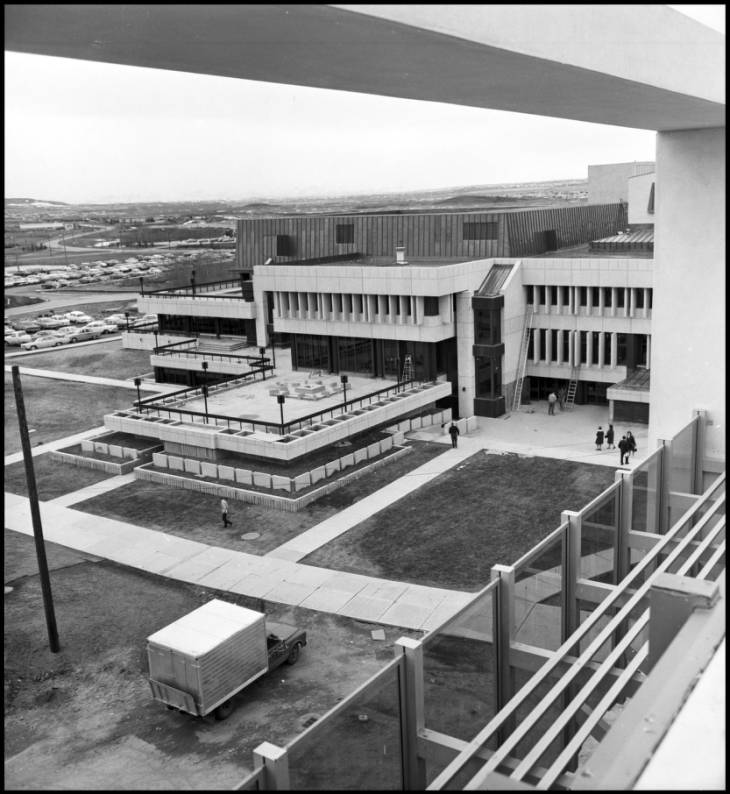 The Students’ Union proposed the name “Harambee House” in March 1967, a Swahili word meaning “place where friends meet”; the Board of Governors eventually opted for MacEwan Hall after Lieutenant Governor Grant MacEwan, a former Calgary mayor...