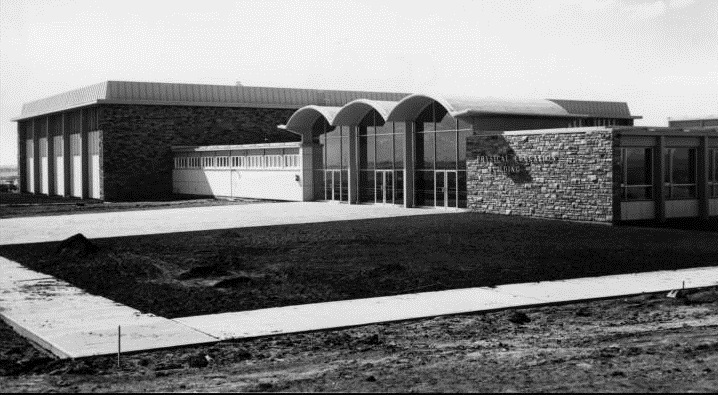 Construction of the “gymnasium building” began in 1960, shortly after the first two campus buildings opened (now Administration and Science A).  When the building officially opened in March 22, 1962, the students’ newspaper, the Gauntlet, jubilantly called it “the most up to date campus gymnasium in Western Canada.”  A local newspaper called it “Albertan through and through…built by Albertans with materials produced in the province.”

Expansion plans soon followed in late 1965, including a new gym, a pool with spectator seating, classrooms, ball courts, a lecture theatre, locker rooms, and staff space, at an estimated cost of $5.6 million for 55,000 square feet.  A later phase of the project would include a hockey rink.  Three years later, revised plans surfaced for a $2.3 million pool expansion, and future designs for an additional 34,000 square foot Winter Sportsplex with hockey and curling rinks.

The size of the pool generated a great deal of comment – should it be 25 metres or 50, with discussions on Olympic training requirements. Eventually, the provincial government provided the extra funding required for a 50-metre pool that opened for use in the spring of 1971.

By 1975, the UofC was the only major university in Canada without an indoor ice rink facility, despite the then Faculty of Physical Education’s wish to “become the centre for scholarly activity in winter sports for Western Canada.” Ice facilities would not become a reality until the mid-80s, with the Olympic Oval designed for the 1988 Winter Games.  As part of the Olympic project, existing portions of the buildings saw renovations, with new spaces added, including a Wilderness Resource Centre, a Human Performance lab, a Sports Medicine centre, a fitness centre, ball courts, and an underground link to the Dining Centre.

Plans for another expansion surfaced in 1999, involving additional floors for 150 researchers and staff in the Sport Medicine Centre and the Human Performance lab.  Construction ended in December 2003 with the $7 million complex renamed the Roger Jackson Centre for Health and Wellness Research, in honour the Faculty’s 2nd Dean.   The plans had also included a field sports pavilion for football, soccer, and field hockey, but the field house has yet to receive approval or funding.

The Simpson family donated $1 million to the mid-80s expansion project; the Jack Simpson Gynmasium is now the site for convocations.

One of the unique public spaces in Kinesiology B is the seating pit.   UofC President Harvey Weingarten and his partner donated funding in 2006 for the Take Your Place student space project.  Environmental Design program students created the iconic grey Styrofoam and polyurethane slabs in the seating area.

The arch with bronze figures outside Kinesiology A is known as the Diamond Arch, the Olympic Arch, or the Trans-Canada Pipeline Arch.   Collette Whiten sculpted the arch from a design by architect Jack Diamond (commissioned by Trans-Canada Pipelines).  The Arch resided on campus as part of the Olympic Village, then moved to City Hall until 1991, when, with great fanfare, the Arch returned to campus. 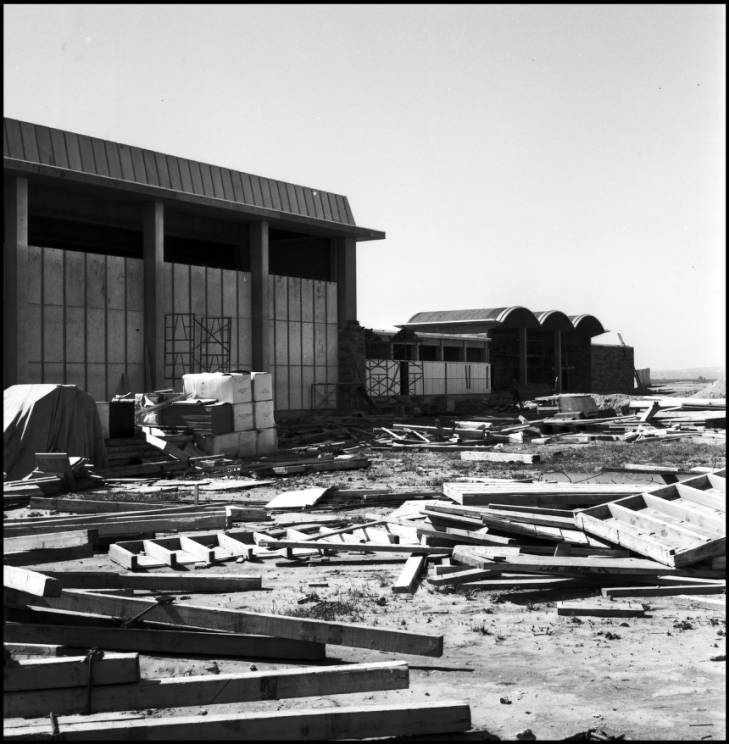 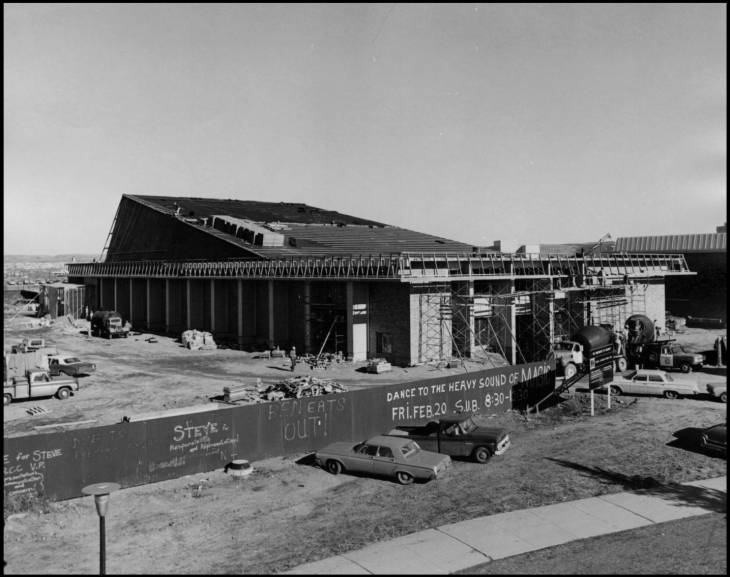 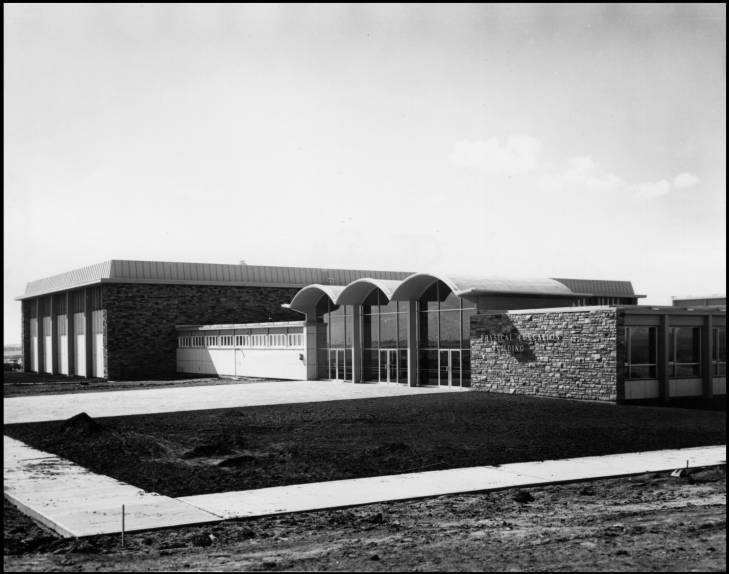 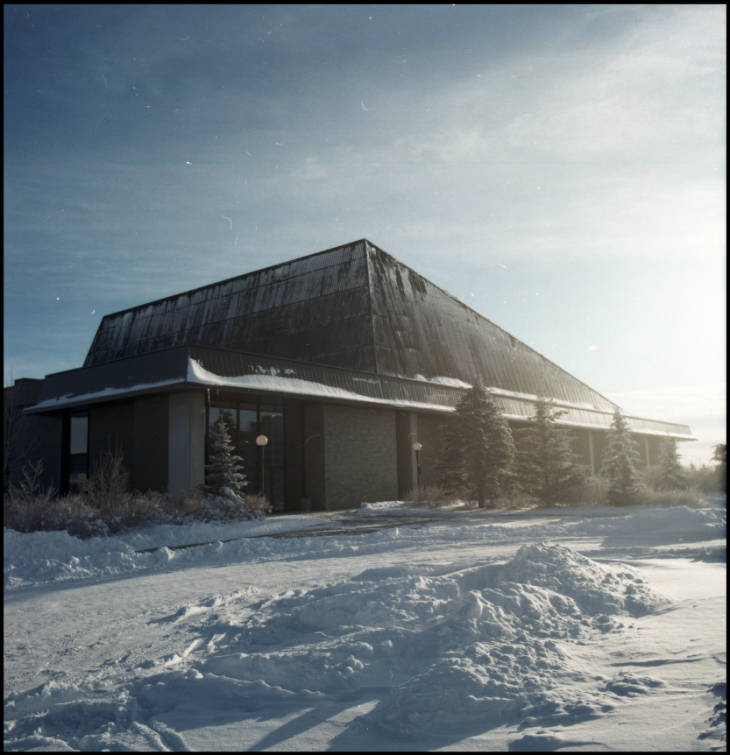 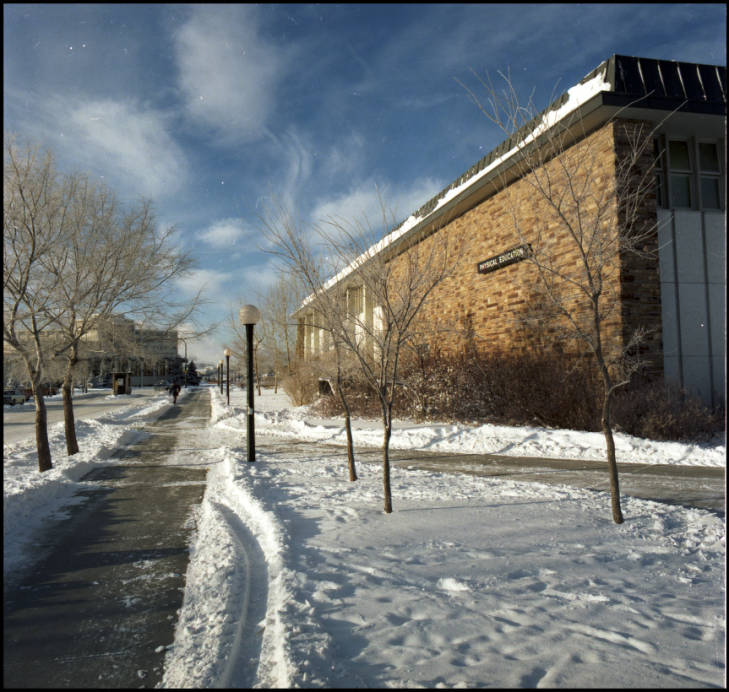 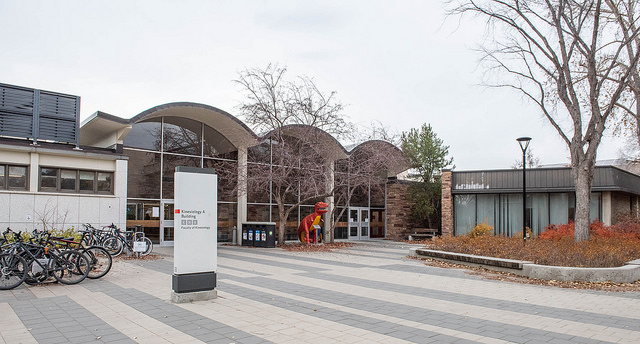 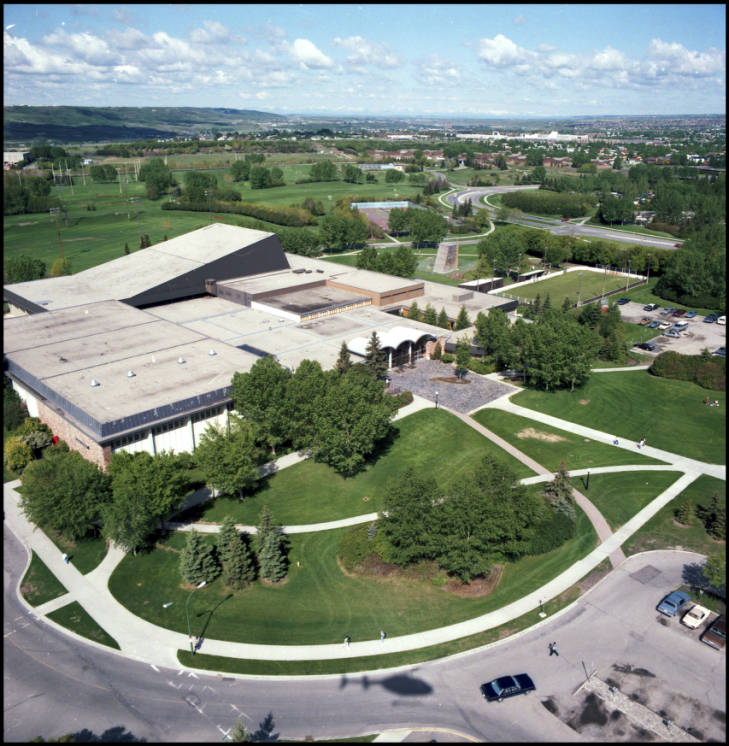 When the building officially opened in March 22, 1962, the students' newspaper, the Gauntlet, jubilantly called it "the most up to date campus gymnasium in Western Canada."