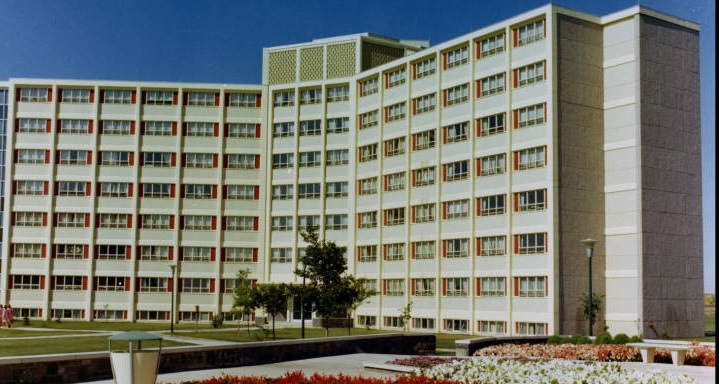 As a satellite campus of the University of Alberta until 1966, the Edmonton Board of Governors chose the design and placement of all early buildings.  Following the completion of the first two buildings on campus (now Administration and Science A) in the spring of 1961, the Board began preliminary planning for a residence complex.   With so much land available on the Calgary Campus, the Board considered several low-rise buildings appropriate, but of the same design as the high-rise tower option currently under construction in Edmonton.  Dr. Taylor, president of the University of Alberta Calgary, remarked, “UAC won’t become a true university until we have them [the residences].”

Early plans indicated two four-storey buildings able to house 500 students in Calgary at a cost of $2.25 million.  The Board did consider the Calgary Campus “over-serviced” with even that small number of student beds, but felt it more economical to build just once, and that eventually demand would grow to fill the space (the Edmonton residence accommodated 1,500 students).  By the fall of 1962, the capacity increased to 600, accompanied by a building loan of almost $5 million.

The availability of the nurses’ residence on the Foothills campus eased the urgent need for student accommodation.  This allowed additional time to develop new designs for Calgary, rather than simply using smaller versions of the Edmonton buildings; however, in the end, the designers settled on slightly modified versions of both the Edmonton residence and dining centre.

By the time construction began in April 1964, the buildings had grown to eight stories instead of four, housing 412 students each.  Each residence floor had shared rooms and a common bathroom around a central common area, connected to the Dining Centre through a tunnel system.  The residences officially opened on November 13, 1965.

Initially gender specific, the two residences had the utilitarian names of Women’s Residence and Men’s Residence.   In 1969, the Senate chose new names from six options: Odaray (a mountain in Yoho National Park), Minnewanka, Rundle, Fairholme (a mountain range in the Rockies), Kananaskis, and Highwood (a mountain pass in Kananaskis Country).  With Kananaskis a clear winner, a second vote decided the choice between Minnewanka and Rundle.  President Carrthors assigned Rundle to the men’s residence and Kananaskis for the women’s.

By 1985, the wooden window frames were rotting, and students studied under large comforters or in their winter jackets to combat the draft and “frosty” rooms.  An architectural study indicated significant negative air pressure due to inadequate compensation for air vented through the bathroom exhaust fans; in the 1960s building designs “were not as concerned with energy costs and thermal performance.”   Renovations occurred in sections to avoid complete disruption to all of the residents.

Most students living on the Edmonton campus could not have cars; Calgary students could have cars owing to the university’s remote location and lack of on-campus amenities.

At one time, Kananaskis also housed a child care cooperative, and the campus infirmary.

In 1971, the president’s advisory committee recommended a fine of $10 for any unaccompanied male found in the access tunnel to the women’s residence; by 1972, the buildings were no longer separated by gender, although some floors still were. 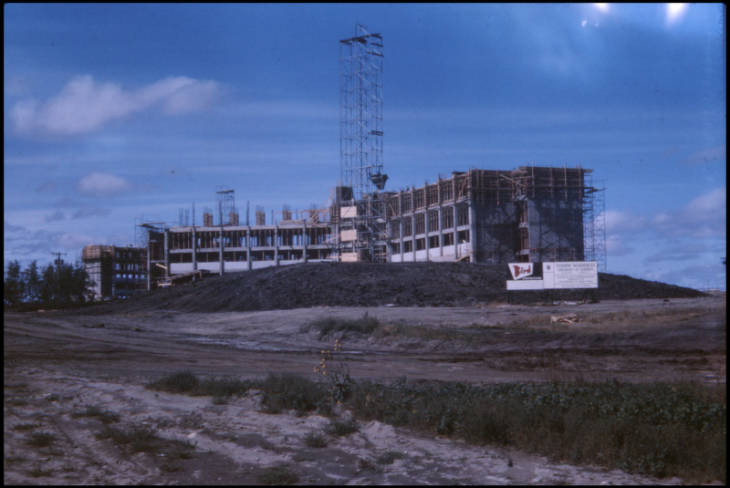 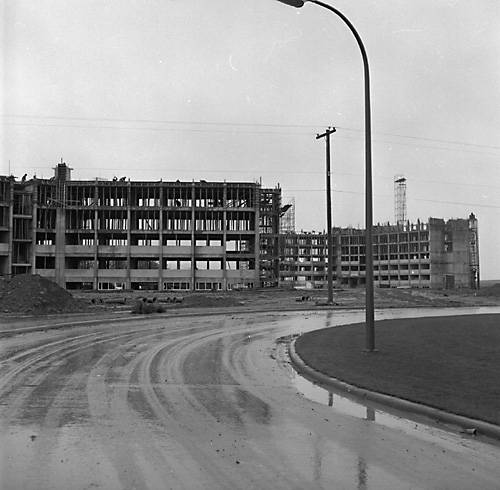 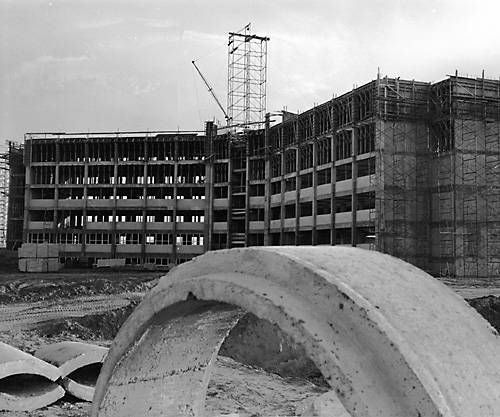 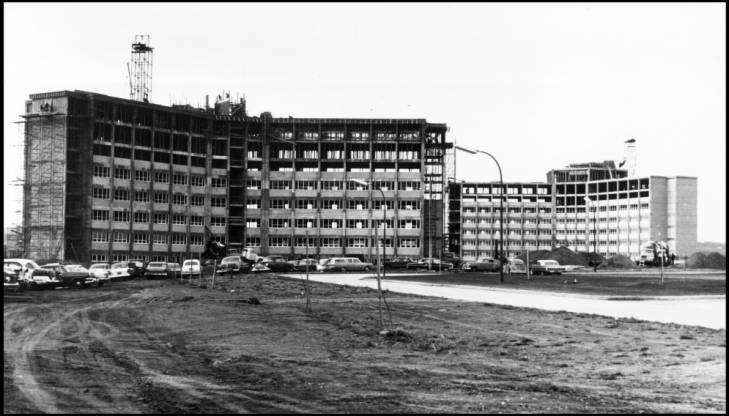 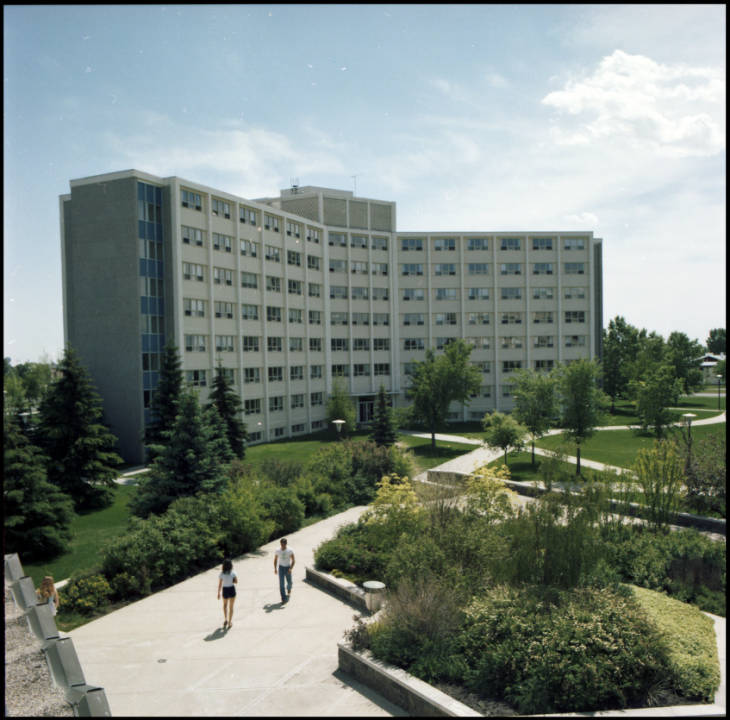 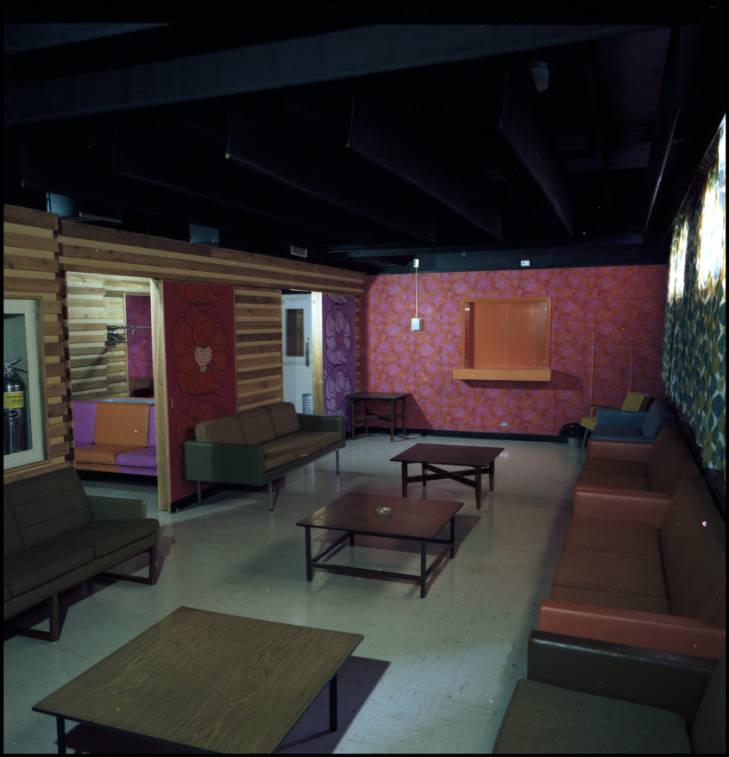 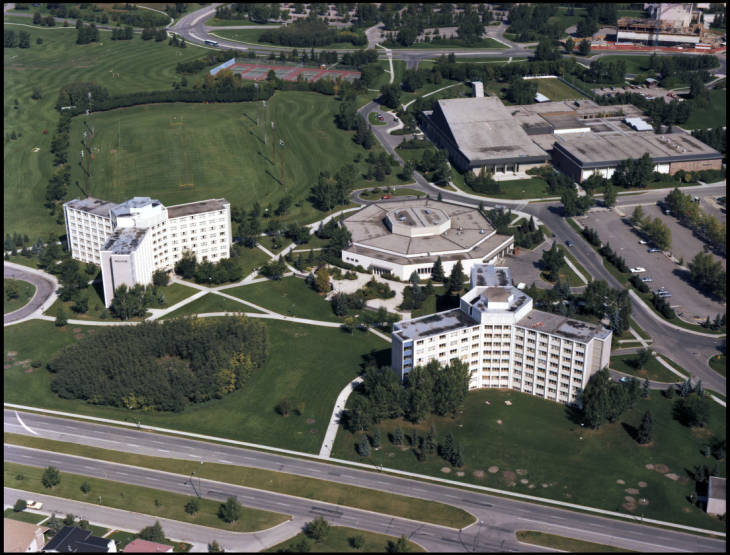 Initially gender specific, the two residences had the utilitarian names of Women’s Residence and Men’s Residence. In 1969, the Senate chose new names from six options...President Carrthors assigned Rundle to the men’s residence and Kananaskis for the women’s.