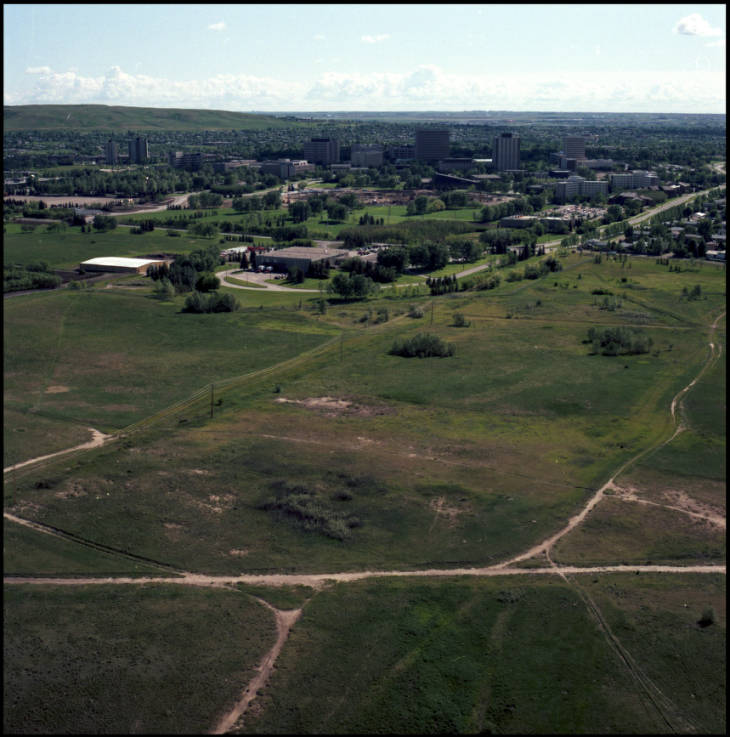 The original name for the West Campus lands was the Higher Education Reserve (HER).  The province first purchased the land by order in council in 1965, to preserve the land for higher education purposes, including University or University-related developments.

The initial 1965 parcel of 249 acres settled into 100 acres following the construction of Shaganappi Trail, and a landscaped buffer zone bordering University Heights.  The land sat empty until the mid-90s although the university did seek approval in 1966 to police and maintain the portion of the reserve that had been set aside as a tree nursery.  In 1991, a large landfill site grew from the soil taken out during excavation of the Professional Faculties Building.

Starting in 1968, the university lobbied the government on a continual basis to have title to the land transferred to the Board of Governors.  In the 1970s, the university considered having a satellite campus, offering 200-level Education, and Arts & Science courses at the same standard as on main campus, but in a self-contained, smaller setting.  The expense of running utilities to the site may have been the reason the project never moved beyond the planning stage.

By the early 1990s, and the approach of the university’s 25th anniversary, the university’s efforts increased to have the title transferred.  Developers continually approached the university with ideas on possible uses of the land, including a shopping centre complex, site for a church, an indoor/outdoor driving range, and the development of an 18-hole golf course.   Some developers bypassed the university administration and talked to the province directly.

The province transferred title of the land to the university as of March 29 1995.  The certificate of title indicates the land was valued at $8 million at the time, while the University bought the land from the province for the nominal price of $1.00.  The Alberta Children’s Hospital relocated to the site with construction taken place from 2002-2006.  The university’s release of a Master Plan in 2007 gave some indications of further plans for the site; the Board of Governors created the West Campus Development Trust in 2011 to oversee the development of these plans.

The Trust envisioned a “landmark community” that would be “transformative” and “energizing,” and include five “distinct” neighbourhoods, ranging from a health and wellness district to commercial to residential.  The area underwent another name change in 2015; now known as the University District, the university will invest any profits from the project, projected to start in 2020.

The streets in University District are named after university chancellors (thirteen at the time of the announcement in 2016). 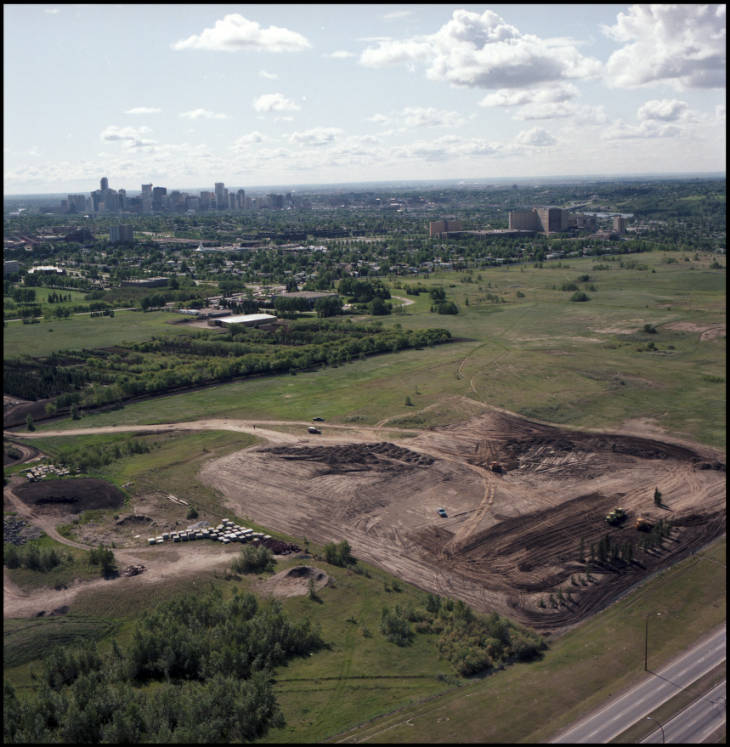 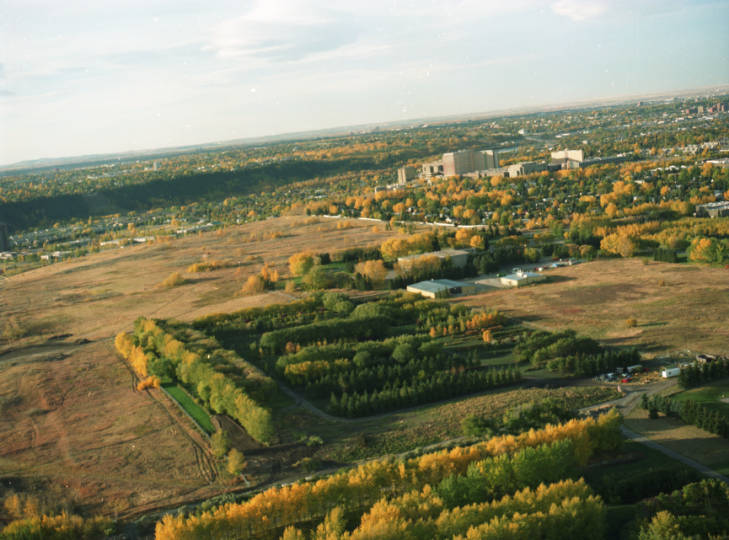 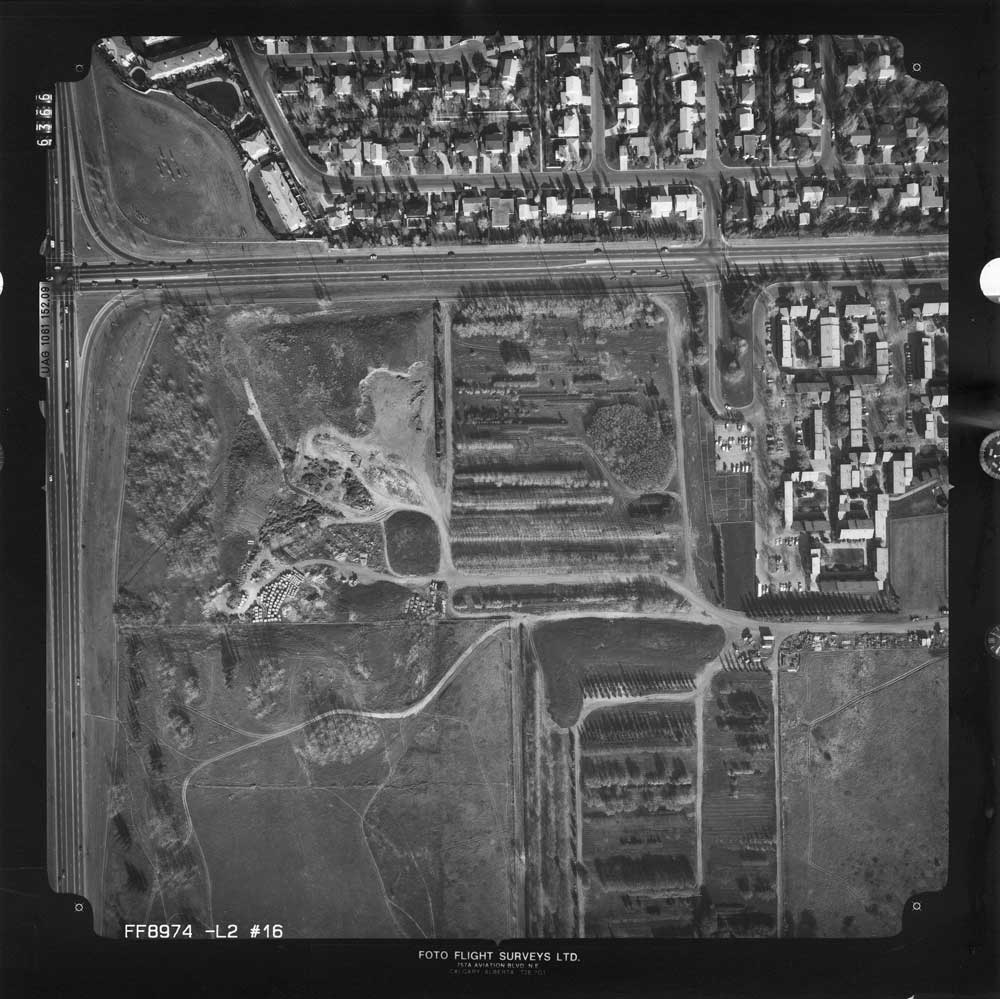 The province first purchased the land by order in council in 1965, to preserve the land for higher education purposes, including University or University-related developments.