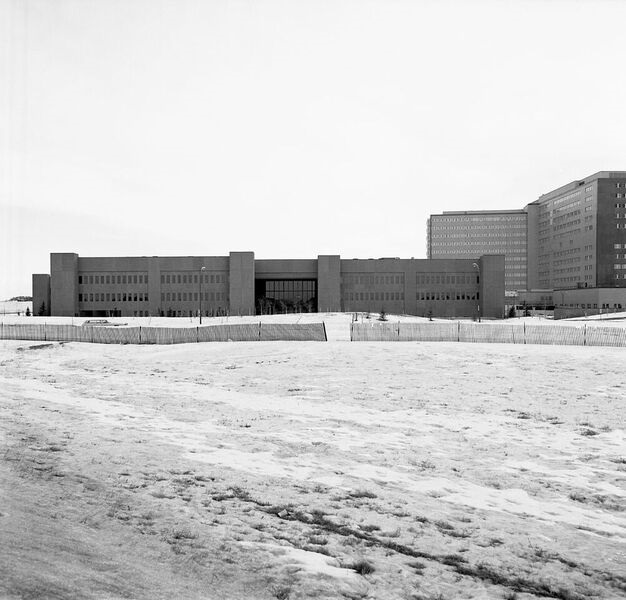 The committee considered an Ambulatory Care Centre as the best model for the new building, adjacent to the Foothills Hospital for “a ready availability of patients for teaching purposes.” The Faculty of Medicine believed that “a large component of the education of the doctor-to-be should include the important aspect of comprehensive care in an ambulatory care setting, where there is a co-operative, integrated approach to the provision and needs of the patient by a large number of individuals…The design of the Ambulatory Care Centre, as proposed, allows for the participation of family physicians in close relationship to specialists.”

The Foothills Hospital site supported several other construction projects at the time that complicated the start date for the university building.  However, by March 1968, the university appointed J.H. Cook and Associates as the architect.   The plans for the Health Sciences Centre showed 553,000 gross square feet built with a pile construction, brick, glass and precast concrete panels, containing a vivarium, labs, lecture theaters, a library, offices, and the ambulatory care centre.  The projected capacity indicated 1,000 people by 1977.  Construction began in February 1970, with a grand opening of the $25 million building in June 1973.

By the early 1980s, the facility had reached the point of being in violation of the fire code for capacity. Use of the building had evolved towards research, with the offices at maximum capacity and the teaching facilities underused. The faculty proposed a new building, the Clinical Research Facility, which later evolved into the Heritage Medical Research Building.

Jimmie Condon, a local Calgary businessman, donated the statue of Hippocrates that stands in the HSC atrium.  Condon pledged funding in 1978 for Nickolos Pavlopoulos from Athens to sculpt marble statues of Hippocrates, and Socrates with two students. The statues traveled from Greece to Rotterdam, then crossed to Houston, took a train to Seattle, and a truck to Vancouver to Calgary. Each statue weighs 3 tons.  Installation occurred in October 1980 with Socrates and the students installed in the Administration Building’s atrium on the main campus.

Surgical tools belonging to Neville James Lindsay (1845-1920), one of the first doctors in Calgary, formed a display in the Bacs Medical Learning Resources Centre, opened in the fall of 1986, and named for a donation made by Rosalia Bacs.  The display also featured lungs riddled with asbestos and coal dust, syphilis-scarred bones and a brain with a bullet hole in it. 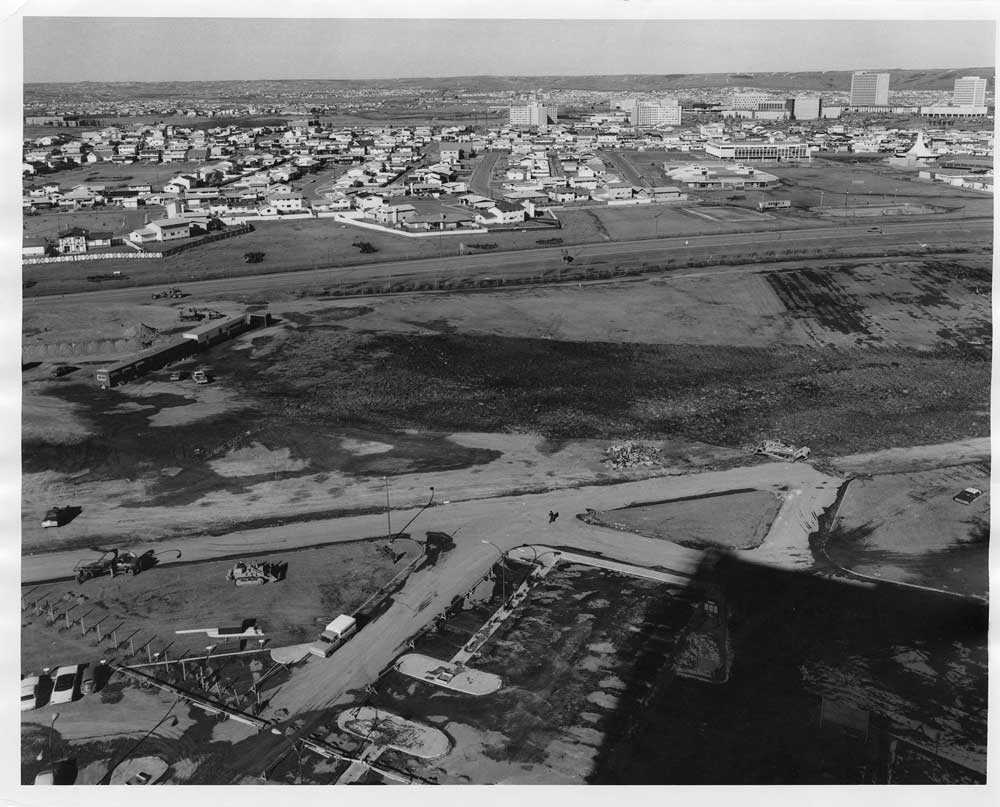 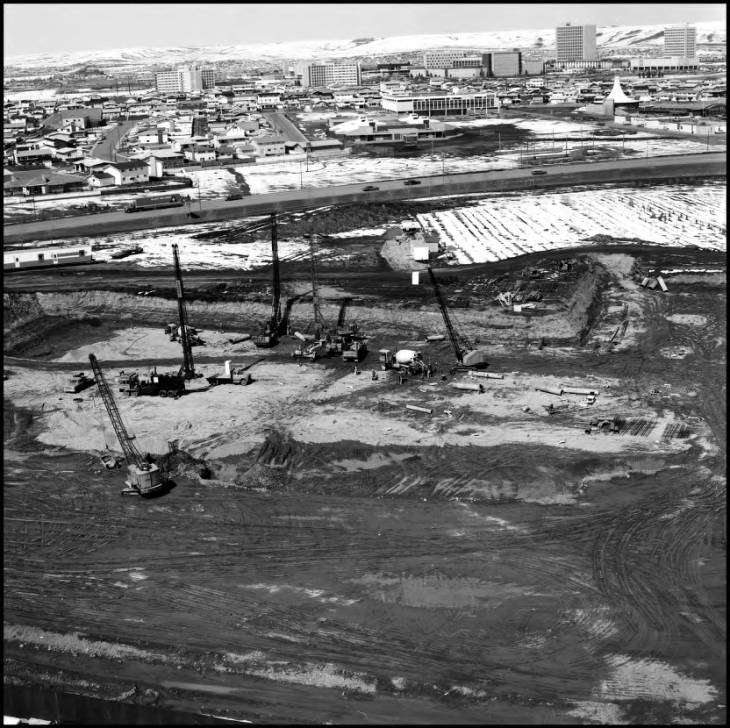 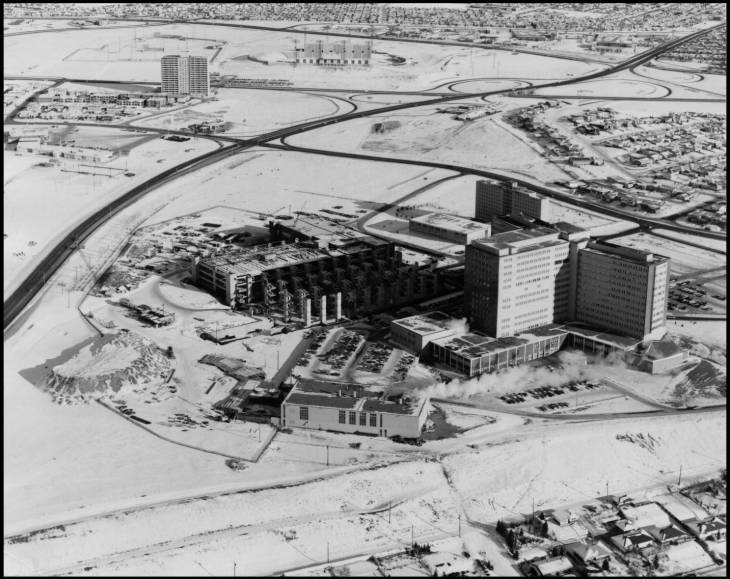 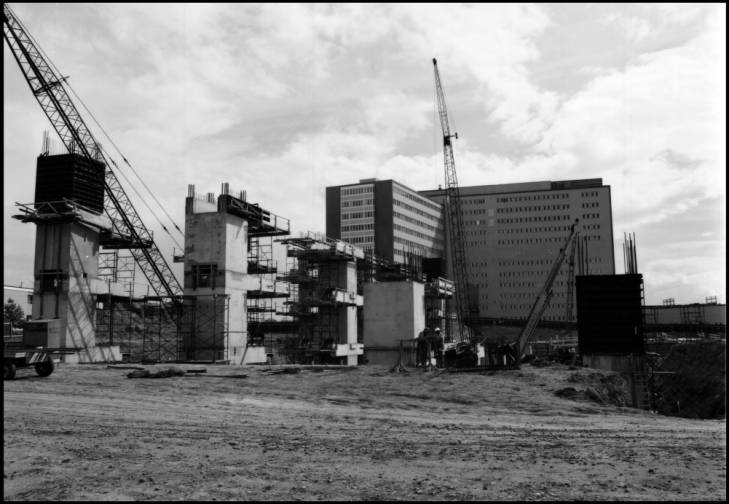 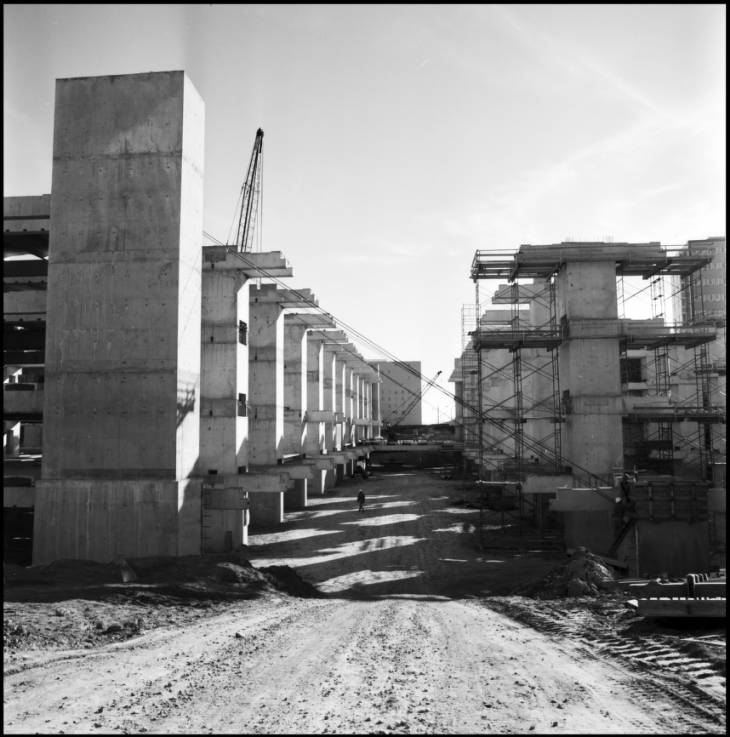 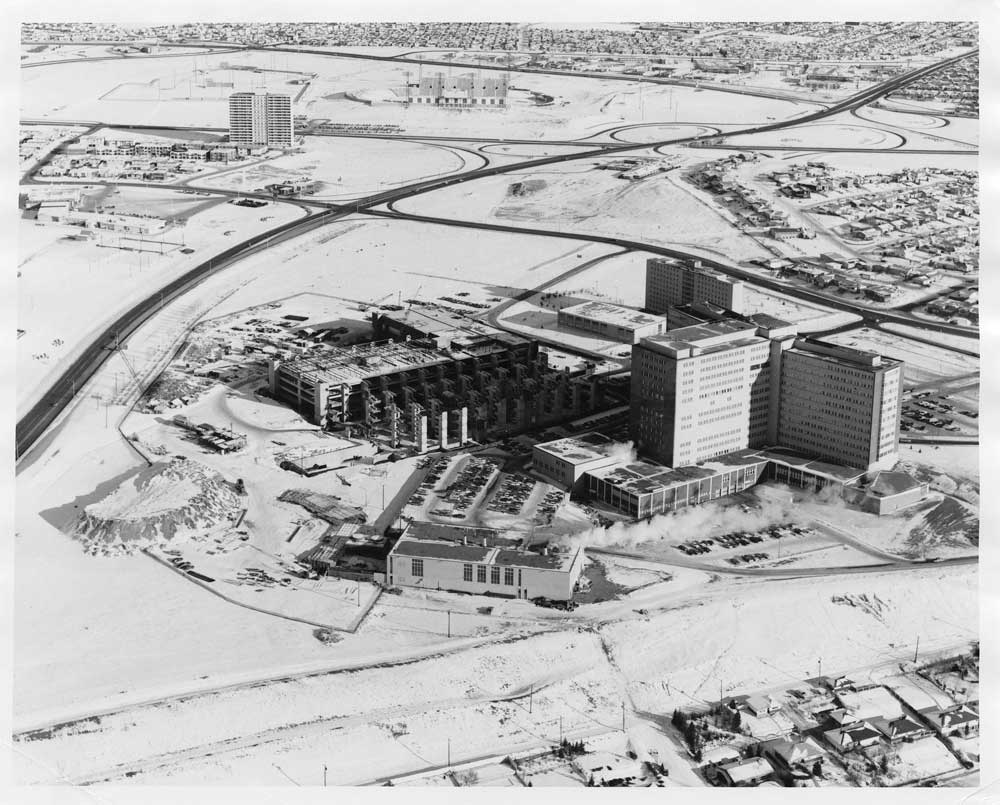 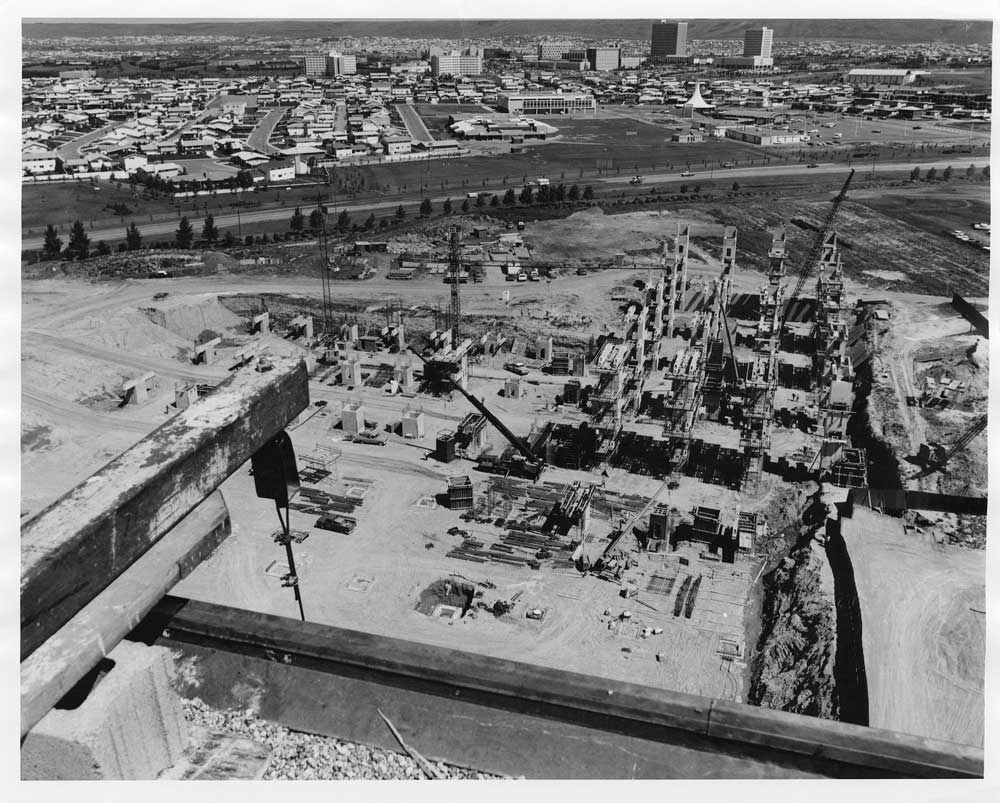 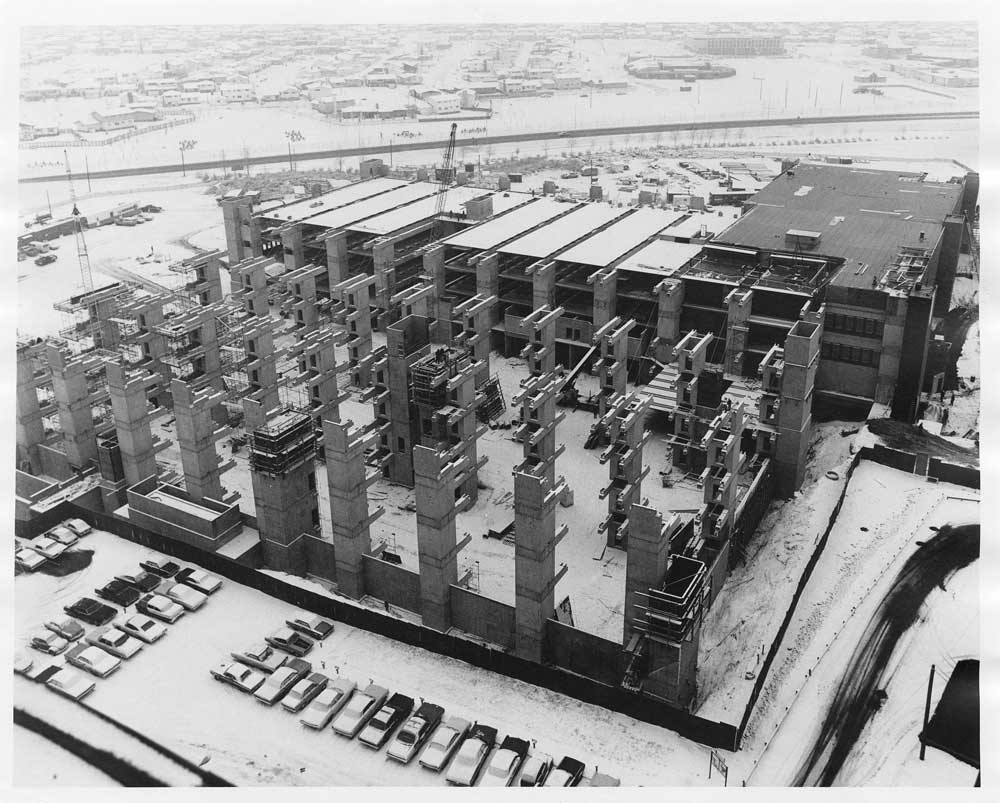 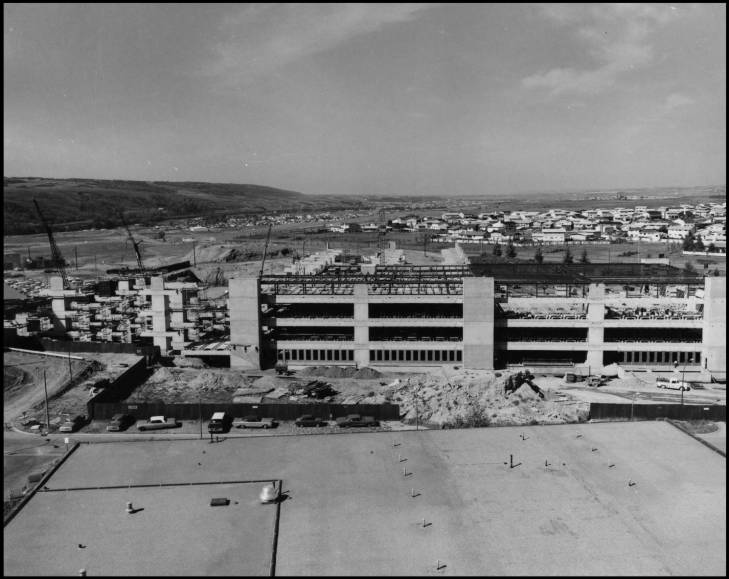 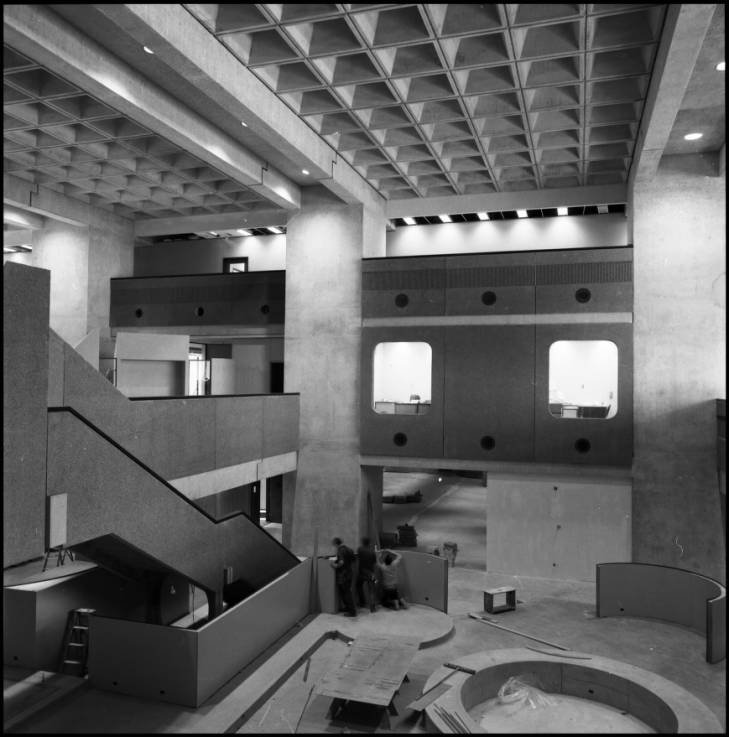 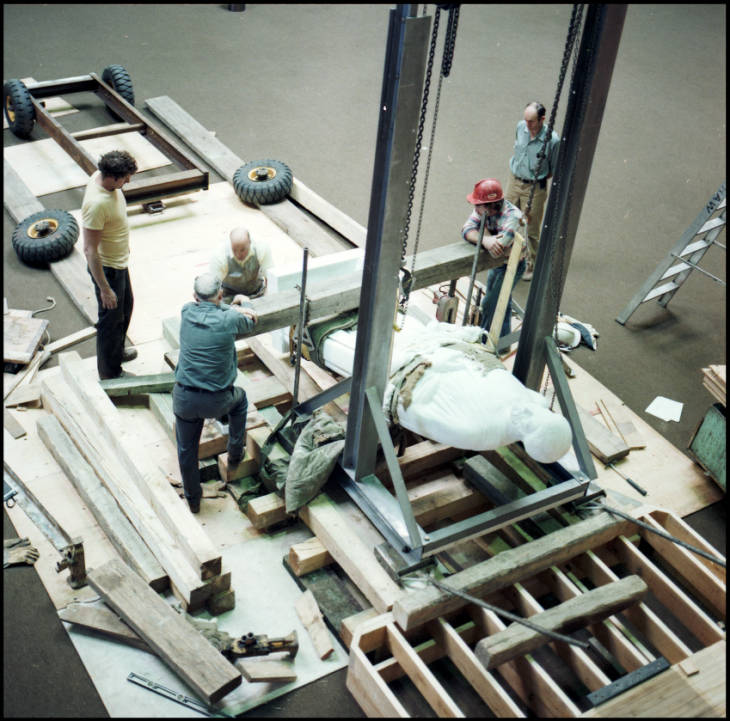 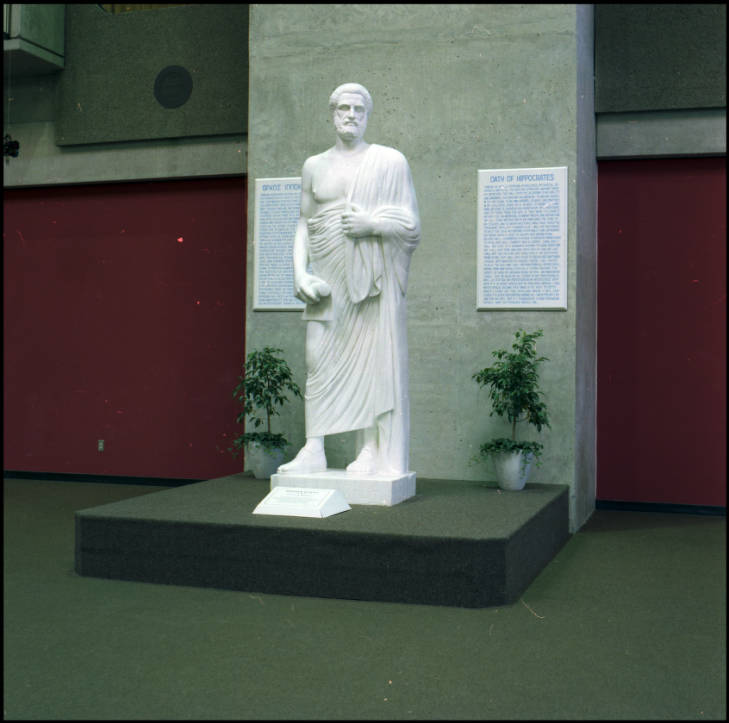 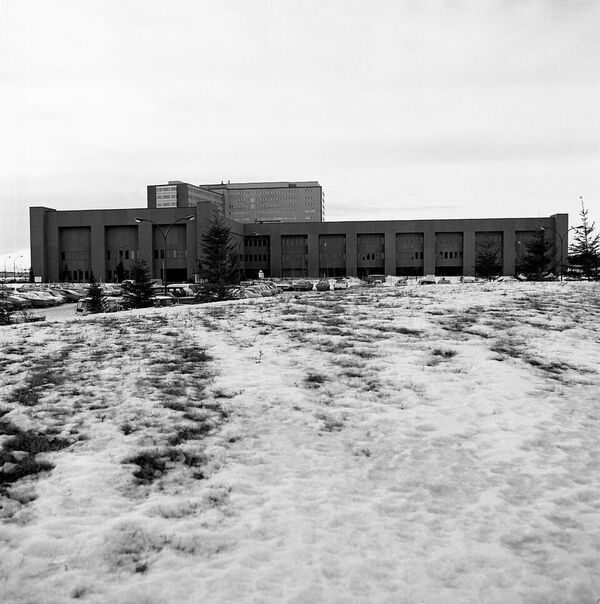 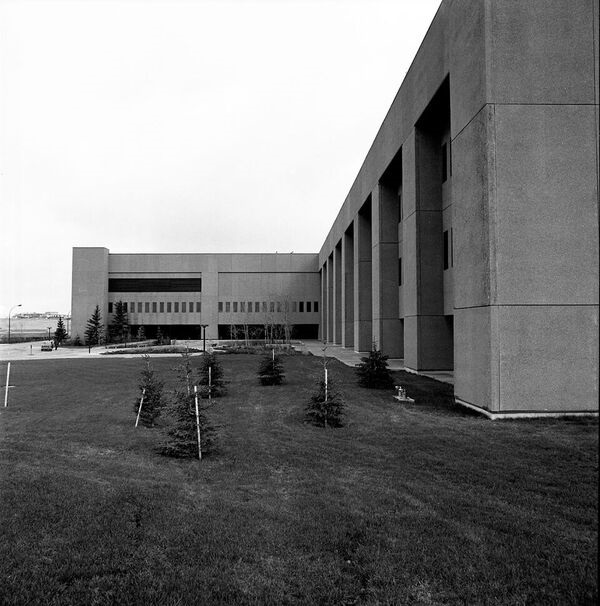 ...the emphasis on the physical design of the facilities has been placed on the need for flexibility and allowance for the maximum number of options, to enable considerable change to take place in the physical structures over the next 10 to 15 years.

A Statement on the Plannnig of the Health Sciences Centre