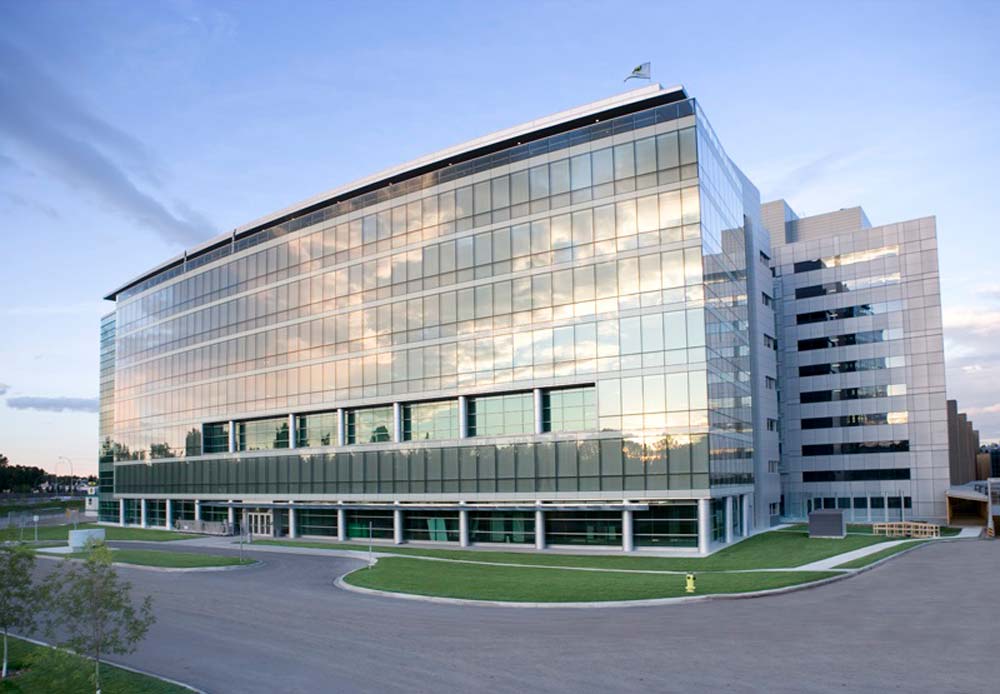 The initial cost of $152 million and projected start date of September 2000 changed over time.  By 2001, budget constraints placed the budget at $110 million with the provincial government providing $5 million for the planning and design process and $45 million for infrastructure; the Alberta Heritage Foundation for Medical Research contributed $20 million.  When the Calgary Herald reported on the sod-turning in early October 2003, three years later than originally estimated, the cost had risen to $200 million. A year later, the Calgary Herald noted the cost at $220 million.  Construction ended in 2006 on the university’s largest capital project to date.  The buildings now house several medical institutes (including the Clara Christie Centre, the Mathison Centre for Mental Health Research and Education, the Hotchkiss Brain Institute, and the O’Brien Institute for Public Health), the Cumming School of Medicine, and the administrative offices of the Faculty of Veterinary Medicine.  On May 25, 2022 the TRW building was renamed the Cal Wenzel Precision Health Building in honour of businessman and philanthropist Cal Wenzel.

Unlike the earlier buildings on campus, where a shovel broke the ceremonial sod, the HRIC sod turning incorporated a back hoe; Premier Ralph Klein did the honours.

The Clara Christie Centre for Genomics and Models of Human Disease is named after the first female obstetrician/gynecologist in Alberta (1895-1987), and the founder of the Nat Christie Foundation, a past major donor the university.