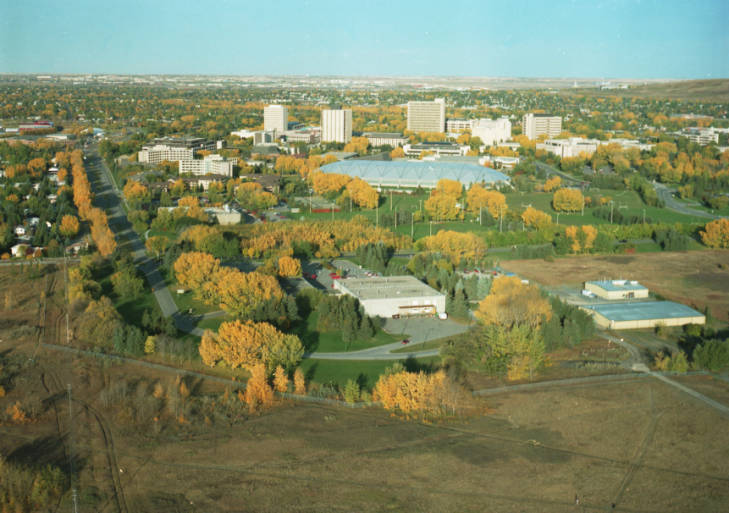 The university first identified the need for a general storage building in 1974, “to be located on the west side of the campus away from the campus core, and to provide inexpensive storage space…as well as a central food commissary and research and chemical waste disposal facilities.”  Kilns from the Faculty of Fine Arts, and storage for equipment, fixtures, building materials and furnishings were also included.  The idea had support, with the proviso that priority for this building would not take precedence over the need for new academic space.

Planning appears again in 1982 for a “virtually unheated, warehouse type structure” to fulfill the function of a “purely low cost storage” facility, with an estimated cost of $3,450,000.  The building may have taken even longer to realize, but in the mid-80s, a number of buildings on campus underwent asbestos abatement, including the MacKimmie Library Tower in 1983-84.  A pre-fabricated warehouse structure built next door to the Library housed a temporary bookstore during the process; this structure later relocated next to the Physical Plant building and designated the General Storage building. 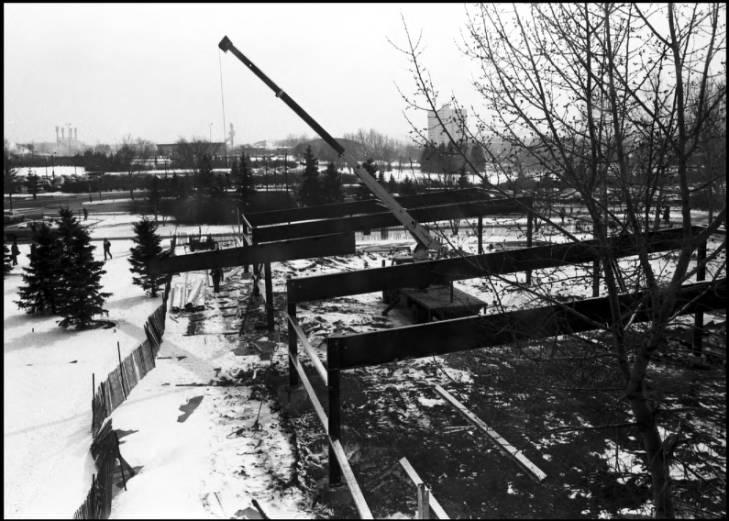 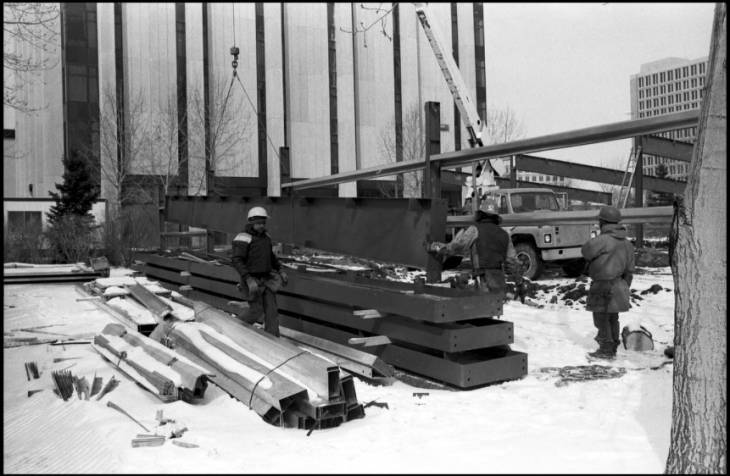 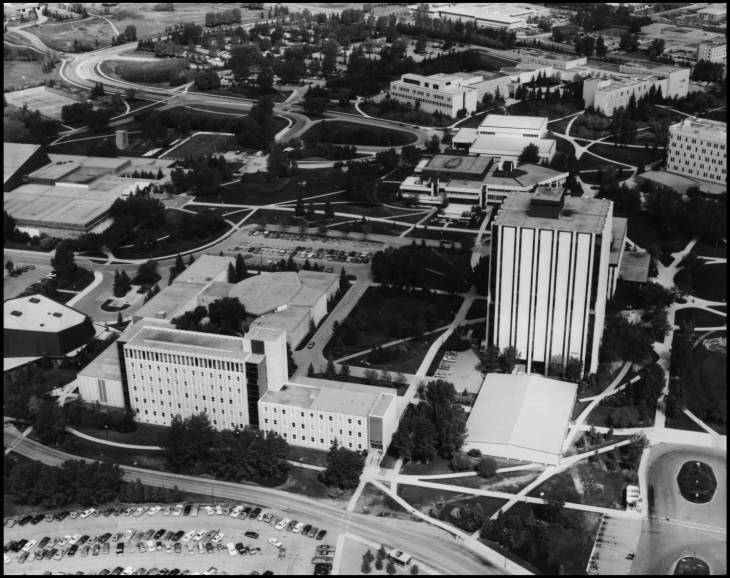 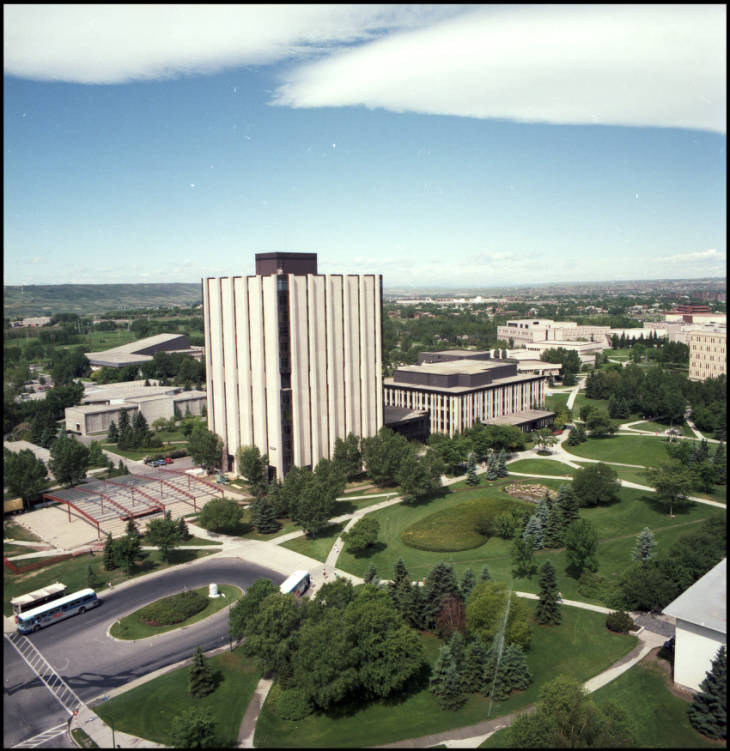 The university first identified the need for a general storage building in 1974.