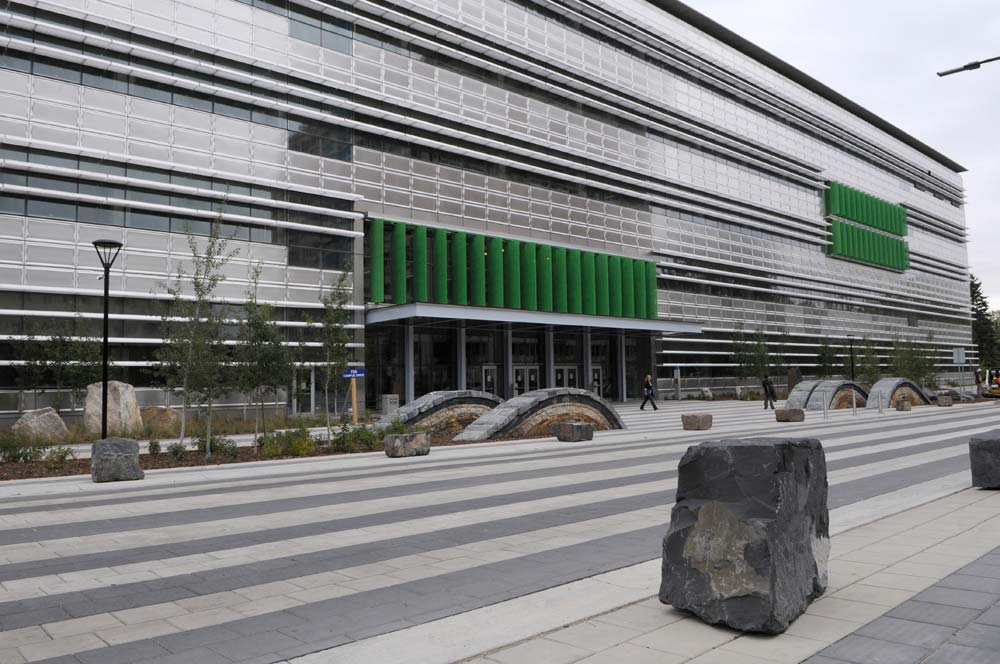 In 2004, the university’s four-year business plan set a goal of creating an “Institute for Sustainable Energy, Environment and Economy”, or ISEEE.   “The Energy & Environment project is the top capital priority identified as a strategy to achieve the goal of ‘Creating a Quality Learning Environment’ for the University…The project will bring to Alberta a critical mass of leading scientists and research to unlock the province’s energy reserves.”

By 2005, the university planned to spend $200 million on the project, providing space for 350 graduate students and 650 undergrads. Two years later, in July 2007, the university announced funding received from the provincial government for the project – $260 million over five years. These funds would support not only the construction of the ISEEE building, but also renovations to spaces affected by the subsequent shuffling of departments around campus.

The EEEL building is the first on campus to feature “social stairs,” or a “grand staircase” that forms the core of the building and can function simultaneously as a thoroughfare, meeting and study space, and public forum.   The building is also one of the most energy-efficient laboratory buildings in North America using 78% less energy than conventional buildings of the same type.  Features include automatic lighting, solar collectors and solar shutters, cooling towers, and rainwater capture mixed with recycled process water for plumbing.

EEEL has achieved the highest LEED certification, joining the Child Development Centre on campus as two of only 29 Platinum certified buildings in Canada (as of 2011).  The building also won a 2011 Calgary Award for an educational institution with an “innovative environmental policy, project or activity, and in 2012, a Prairie Design Award of Merit, and a Society for College and University Planning Excellence in Architecture Honor.

University of Calgary graduate Reinhard Skoracki designed the statue of the naked man that stands outside the EEEL building.  Called “Nature is an Eternal Mystery,” the sculpture sports an extra-large pair of colourful shorts on Bermuda Shorts Day, and Alumni Weekends.  The piece was commissioned specifically for the EEEL building and illustrates humanity’s relationship to nature. 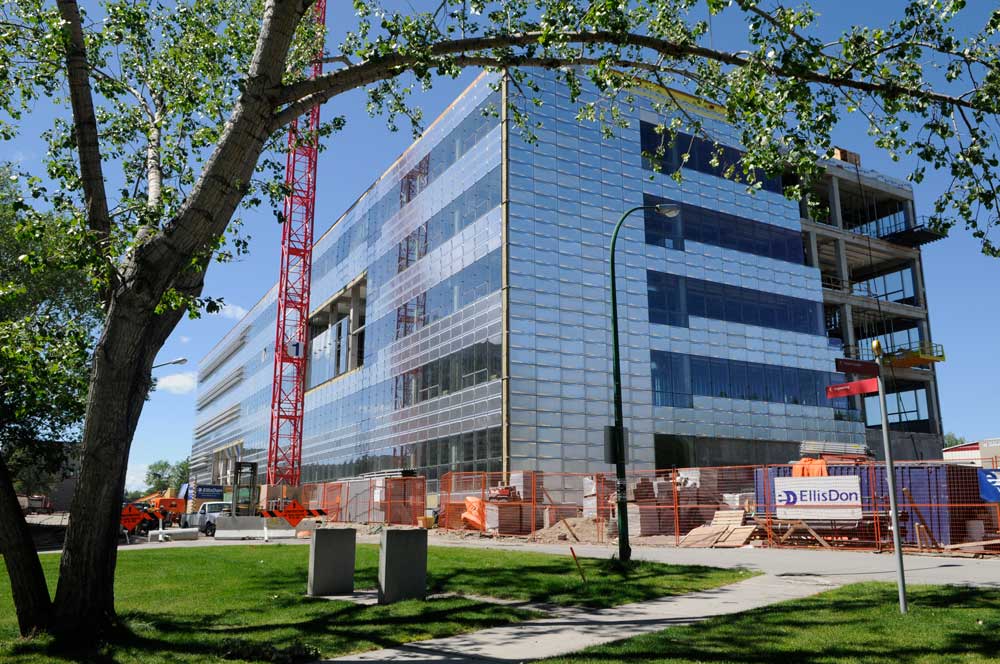 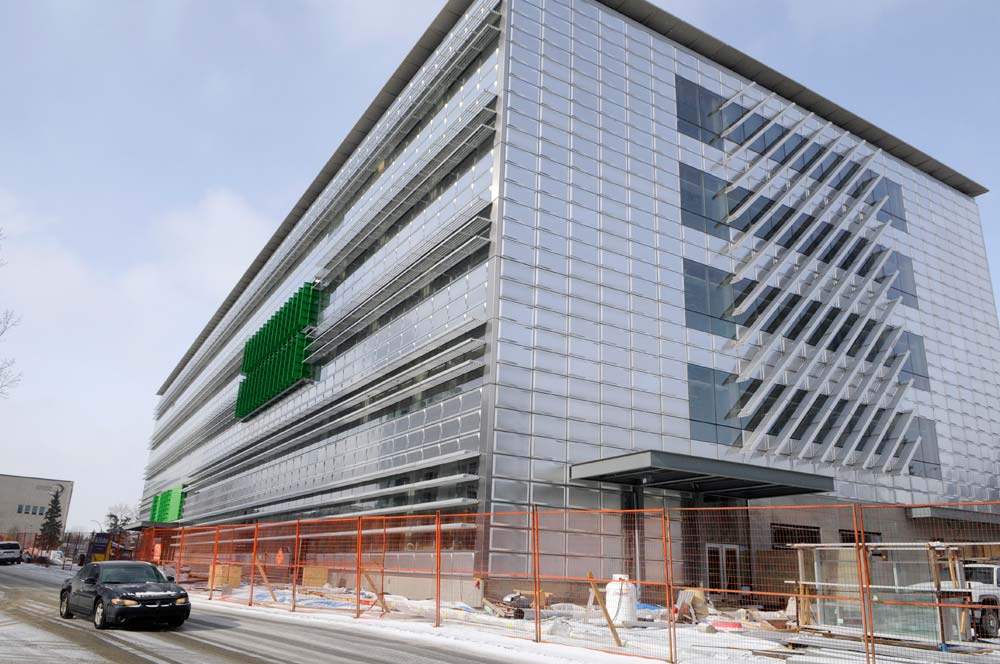 The building is also one of the most energy-efficient laboratory buildings in North America using 78% less energy than conventional buildings of the same type.