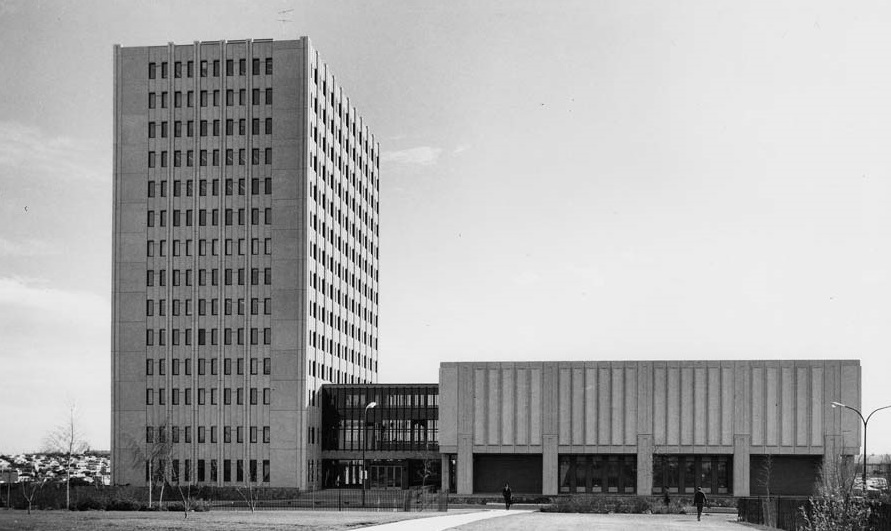 Planning for the Education Buildings began in 1964; the 1,200 students then enrolled in education were crammed into the Arts Building (now Administration), with a dire need for additional classroom space.  The original building plan had the Education Block connected to the Arts Building, but the architect recommended the current placement, slightly further south, to allow space for future expansion.

The Board of Governors approved the plans in December 1965:  “It will consist of two connected buildings: one, a three-storey classroom building and the other an eleven to thirteen-storey tower with faculty offices and seminar rooms. The complex is designed to accommodate 2,700 Education students.”

The plans included classrooms, an audio-visual centre, instructional materials centre, and, “reflecting an increasing concern for research in education, special test and clinic rooms…for work in reading, speech, counselling, and for clinical work in educational psychology.”

By July 1967, plans for the tower had grown to 14 floors, at a cost of $5.3 million, with the Block scheduled for opening in the fall and the Tower in the spring of 1968.  The additional floor would house the Department of History, freeing up space in Calgary Hall for a number of other departments.  In 1971, the brick design elements of the Education Block became “STANDARD” for campus buildings.

The building opened in fall 1967, ahead of the official date, and before all the details were finalized, given that first experiences in the new Block were less than ideal. The professor in charge of the Materials Centre (now the Doucette Library), noted several problems: two light fixtures had fallen from the ceiling and glass splinters had landed in the hair of a staff member; the Centre was in the basement, with “injurious” glare from fluorescent lights; there were no working phones; and the thousands of dollars’ worth of new AV equipment and learning aids were unusable because of a current lack of electrical outlets.

In January 1968, the students’ newspaper, the Gauntlet, reported that through a massive planning error, the new education tower did not have stairs to the 5th floor. The Director of Physical Planning personally climbed the stairs to disprove the story, which the Gauntlet later admitted was a hoax.  And on July 31st, 1969, the main transformer caught fire and the building lost power.

The complex officially opened on October 19, 1968. It cost $5 million, with views for expansion already in the works. A newspaper report on the opening extolled the state-of-the-art facility, comparing the AV control room to “the starship Enterprise.”

Cigarette damage to the new building was a big problem, as people butted out their cigarettes on the vinyl flooring. The internal report was scathing: “The care of the vinyl tile in the Classroom Block leaves a lot to be desired. Cigarette ashes are not harmful to the floor, only burning cigarettes are. A cigarette butted out on the floor or just dropped and left burning will damage any resilient floor. Perhaps ashtrays or some controls (manners?) could resolve the situation. We would like you to note that cigarette burns are also evident in the building with carpeting. In an academic building one would certainly not expect these conditions.”

There was once a food service area in the basement called the Psychedelic Lounge. 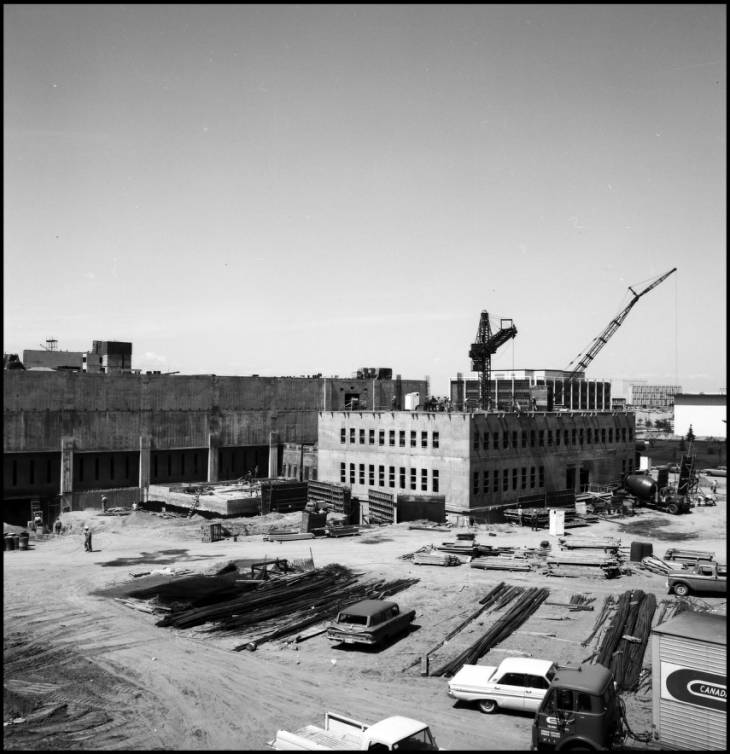 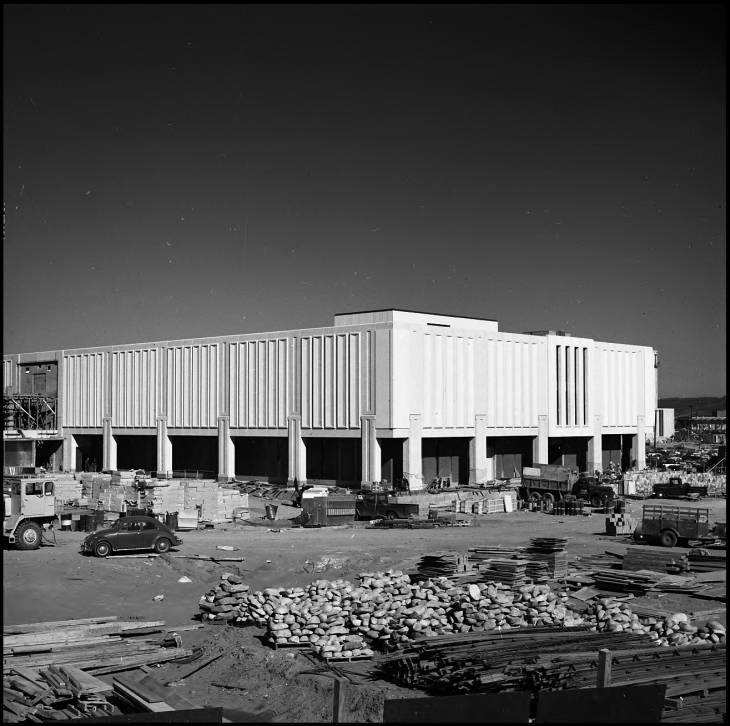 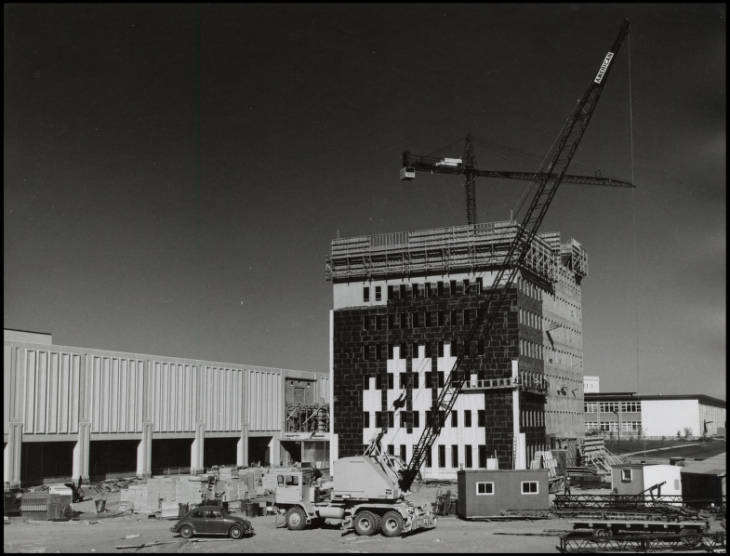 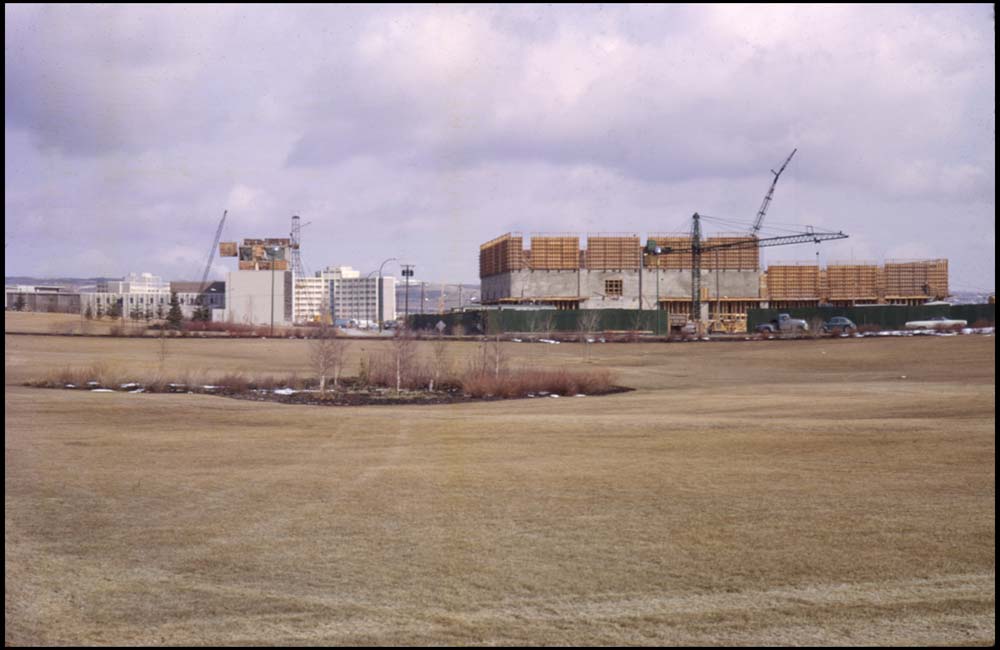 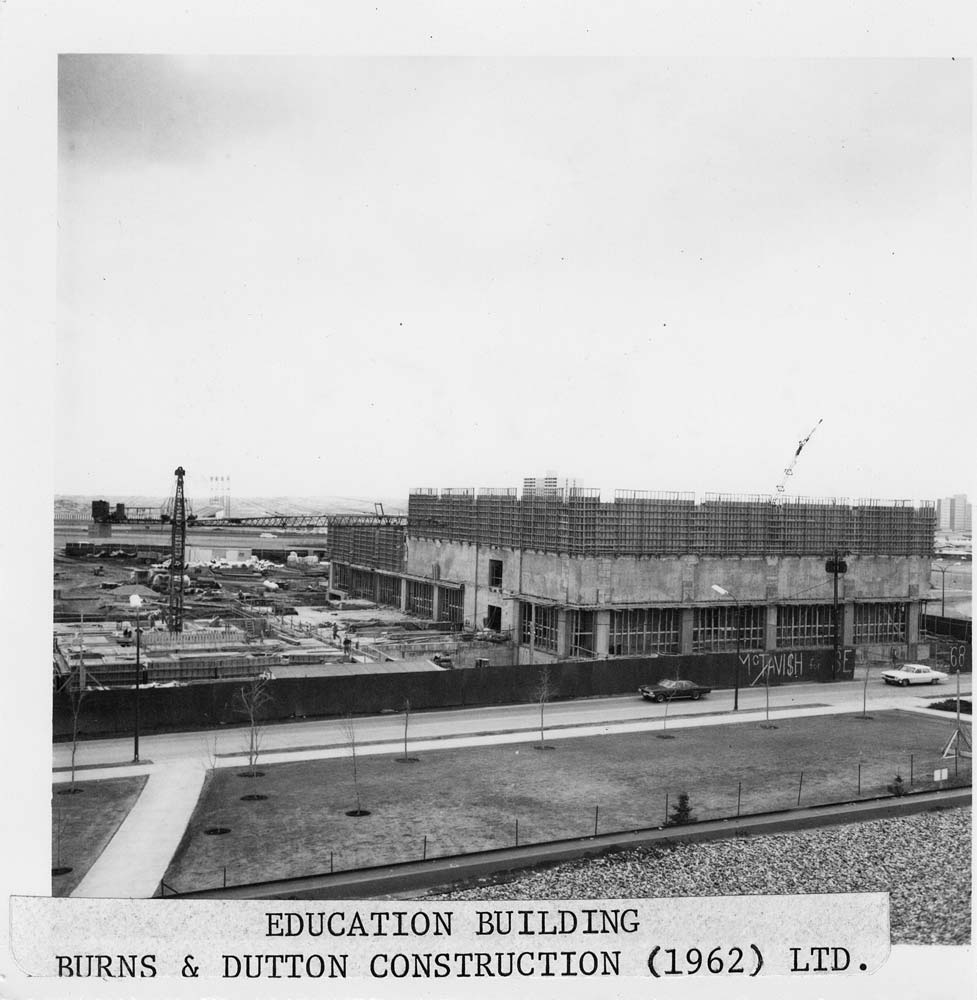 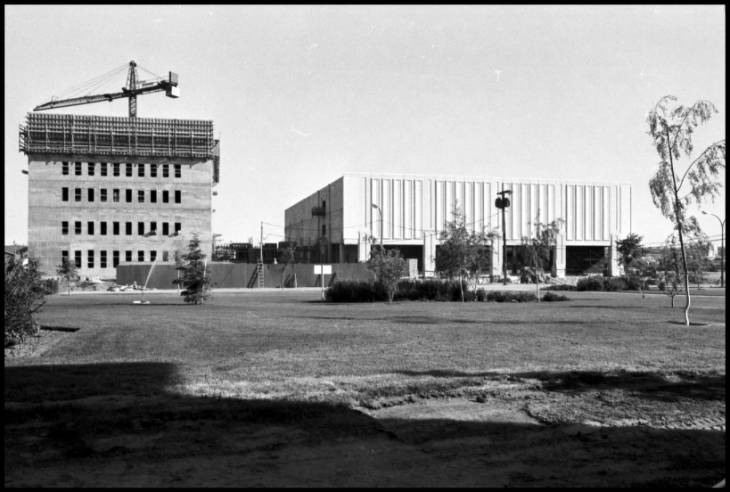 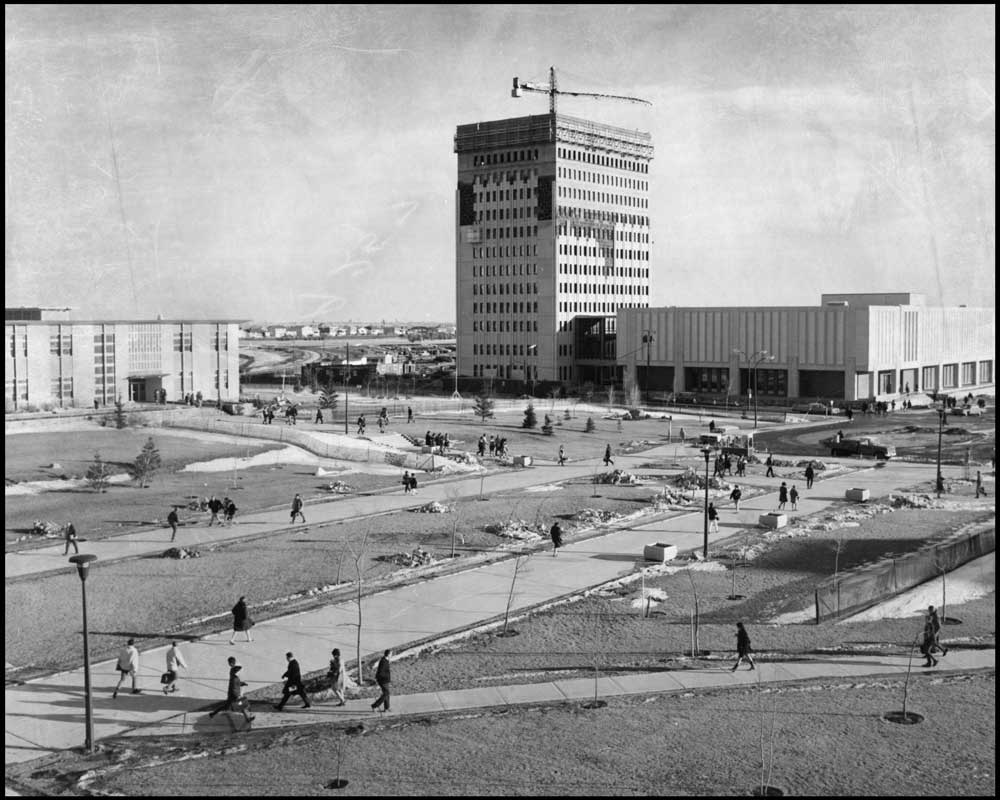 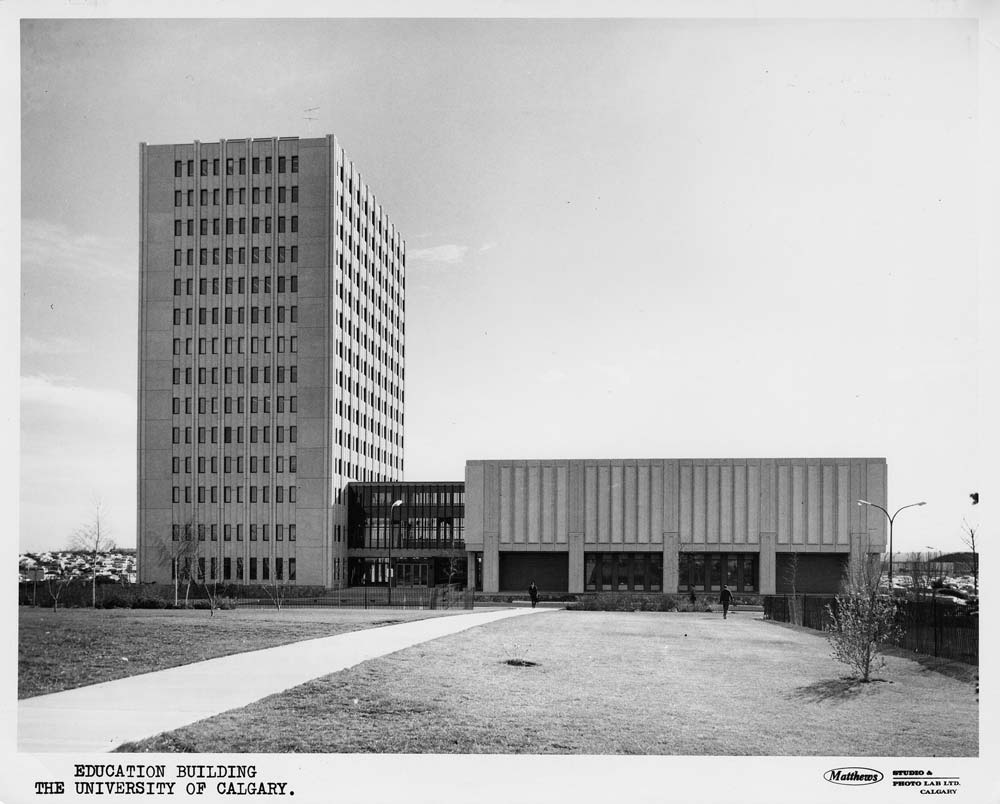 The care of the vinyl tile in the Classroom Block leaves a lot to be desired. Cigarette ashes are not harmful to the floor, only burning cigarettes are. Perhaps ashtrays or some controls (manners?) could resolve the situation.