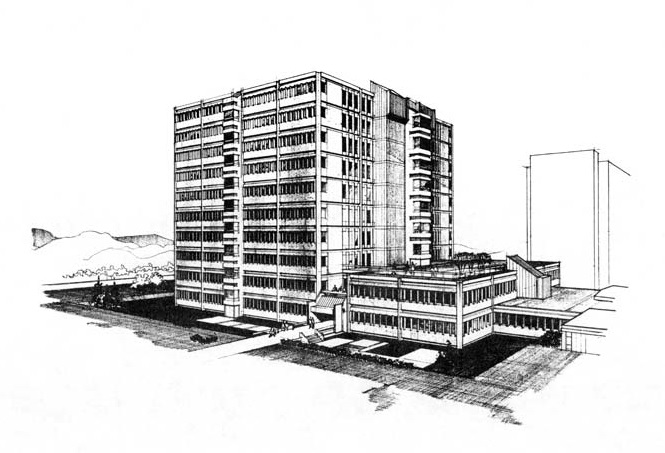 The planning committee for Stage IV of the Science Complex (Earth Sciences) started their work in 1965, and after three years considered it “imperative” that new space become a reality by 1969.  The student population in the departments of Geology, Geography, and Archaeology had more than doubled in those three years.  The Vice-Dean Faculty of Arts and Science wrote of the situation in 1968, “…it is just the wail of a despairing man who is trying to help process a badly needed building.”

The first phase of construction (Floors 1-4) did not start until 1971; but almost immediately, the university moved to consider the cost of adding the additional six floors.  All ten floors were under construction by fall 1971.   New space for Geology, Geography, and Archaeology would free up areas in the science complex, and in Calgary Hall, allowing other constricted departments to expand.  The additional floors in Earth Sciences would house the faculties of Business and Environmental Design.  Exterior design followed the previously established practice of flamingo quartz and bronze anodized aluminum windows and doors and tinted glass; Earth Sciences formed part of the university’s northern “façade,” and therefore “the need for a coherent and harmonious expression cannot be overemphasized.”

Earth Science officially opened on November 10, 1972; the Gallagher Library opened in 1975 on the main floor.  The library is named for Jack Gallagher, the founder of Dome Petroleum, who supported the library’s creation during the construction of the building.  Gallagher donated further monies in 1995 that enabled a renovation of the space, and the installation of cabling for computer networks.  Additional renovations took place in 2014.

In 1999, the lecture theatre in ES 162 received a name change in honour of Dr. Tom Oliver, the first department head of Geology in 1963.

In the fall of 2005, moisture caused the cladding to start falling from the building; the Board of Governors allocated $840,000 for the repairs.

Earth Sciences benefited from the “Take Your Place” campaign 2007-2008 when TransCanada Corporation donated funds for a targeted renovation of student spaces. Benches and tables were designed so that “their colouring and placement [was] informed by the concepts of plate tectonics, sedimentation, stratification and faults. 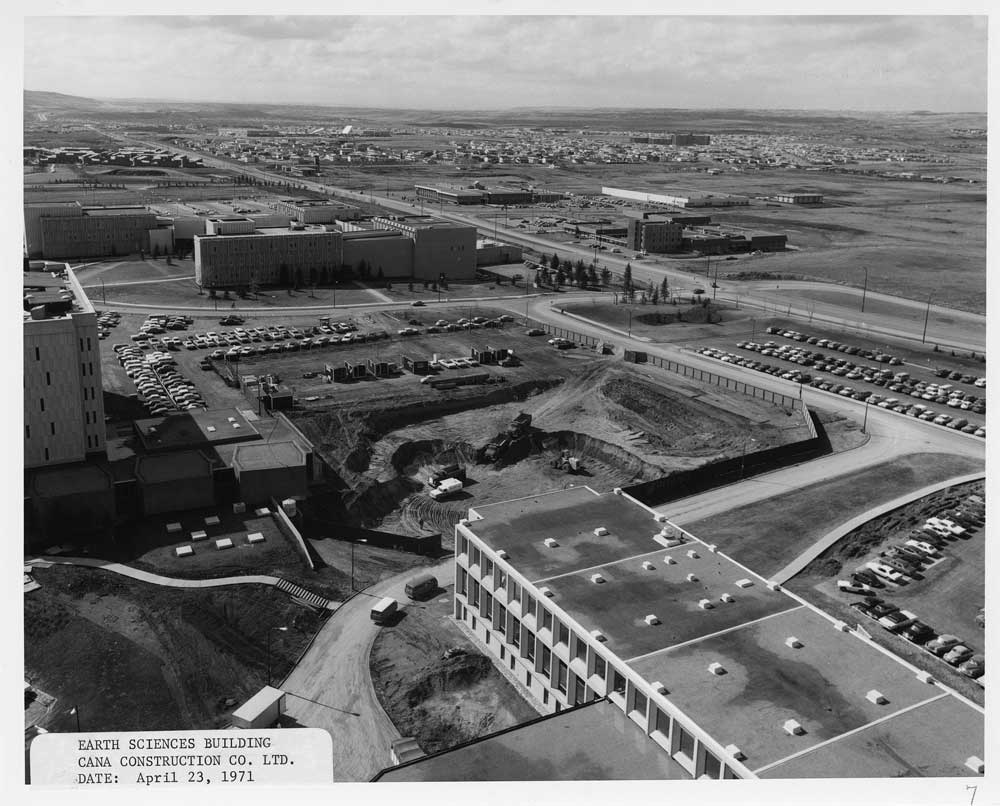 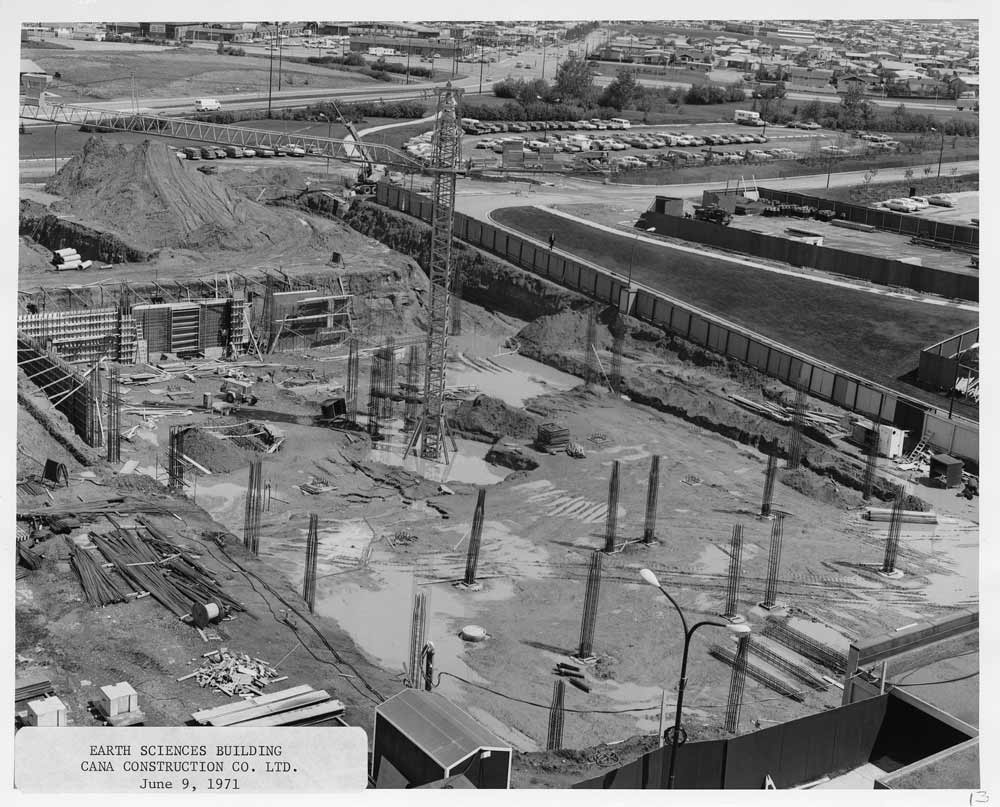 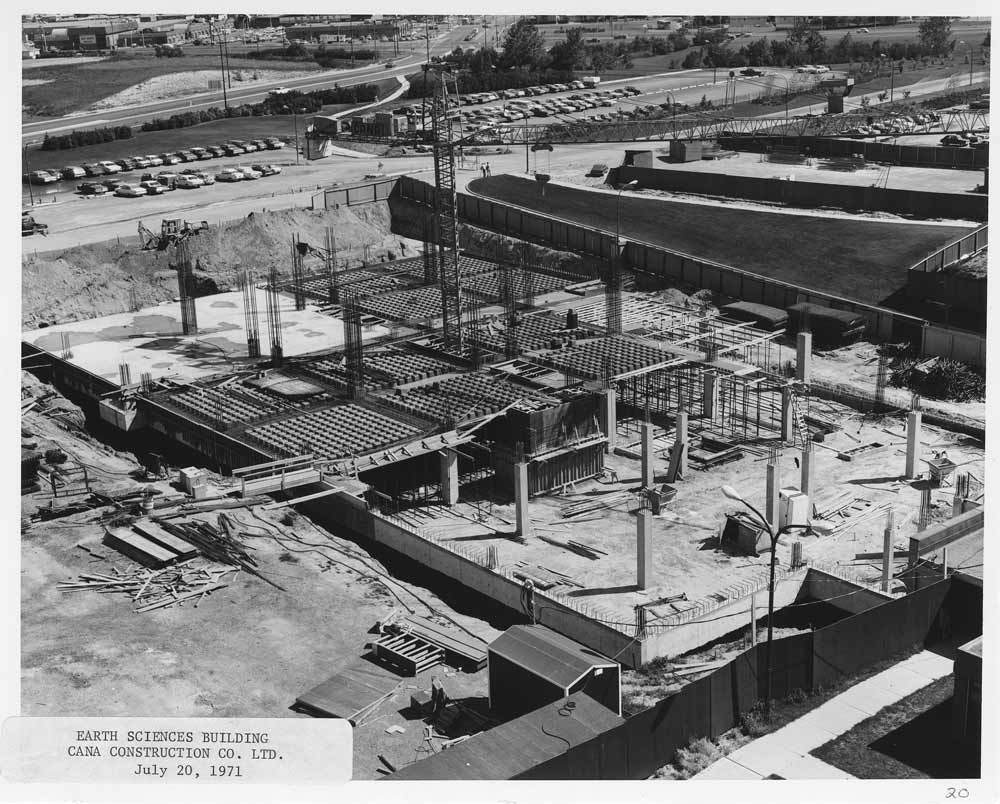 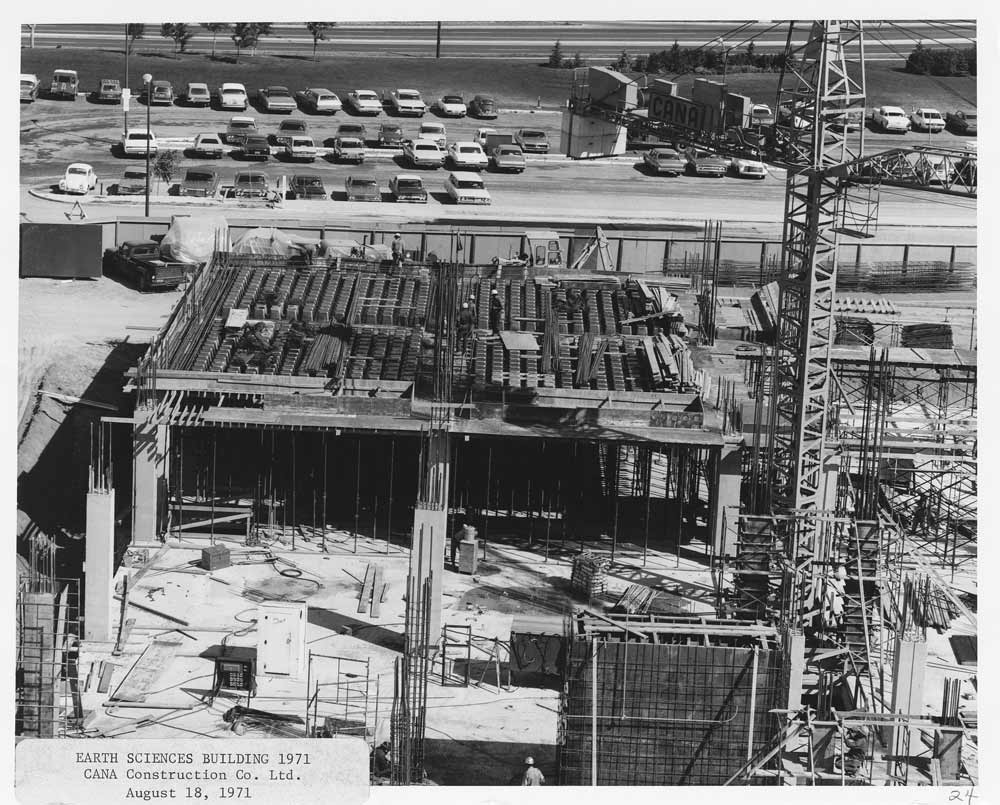 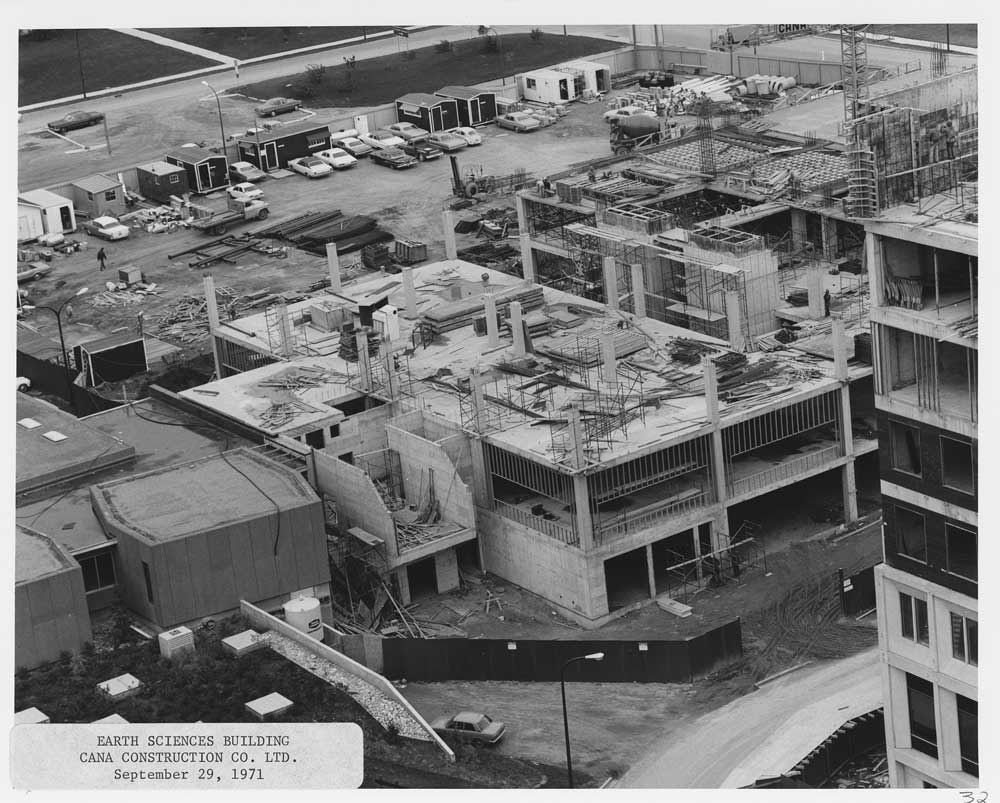 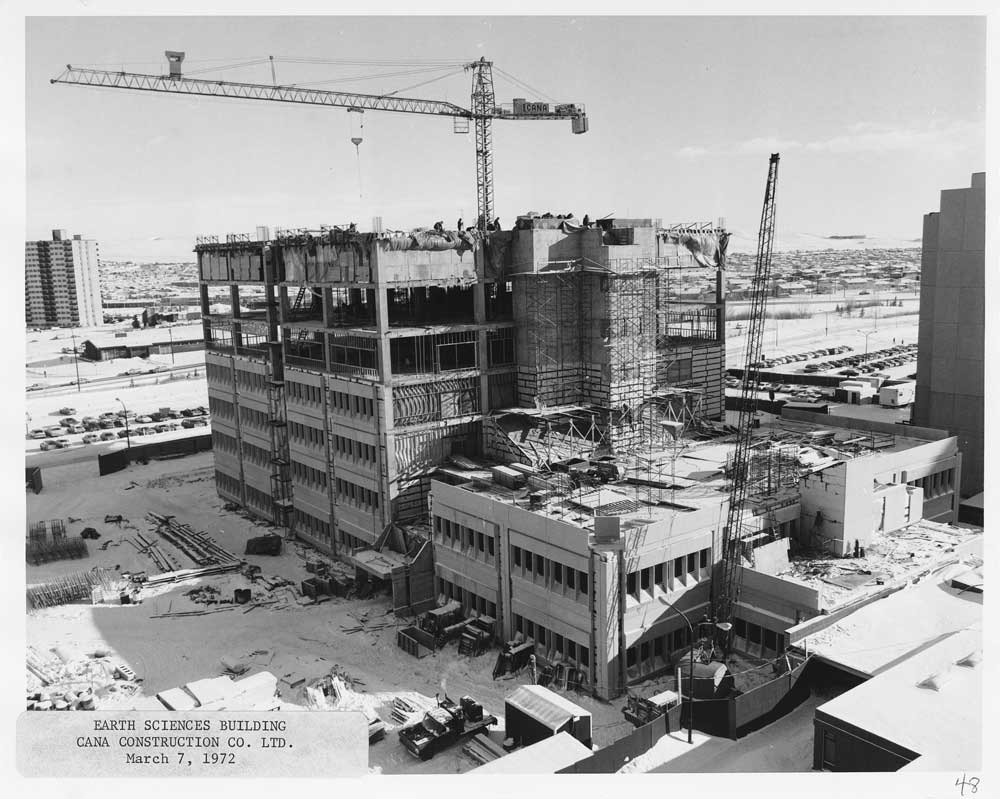 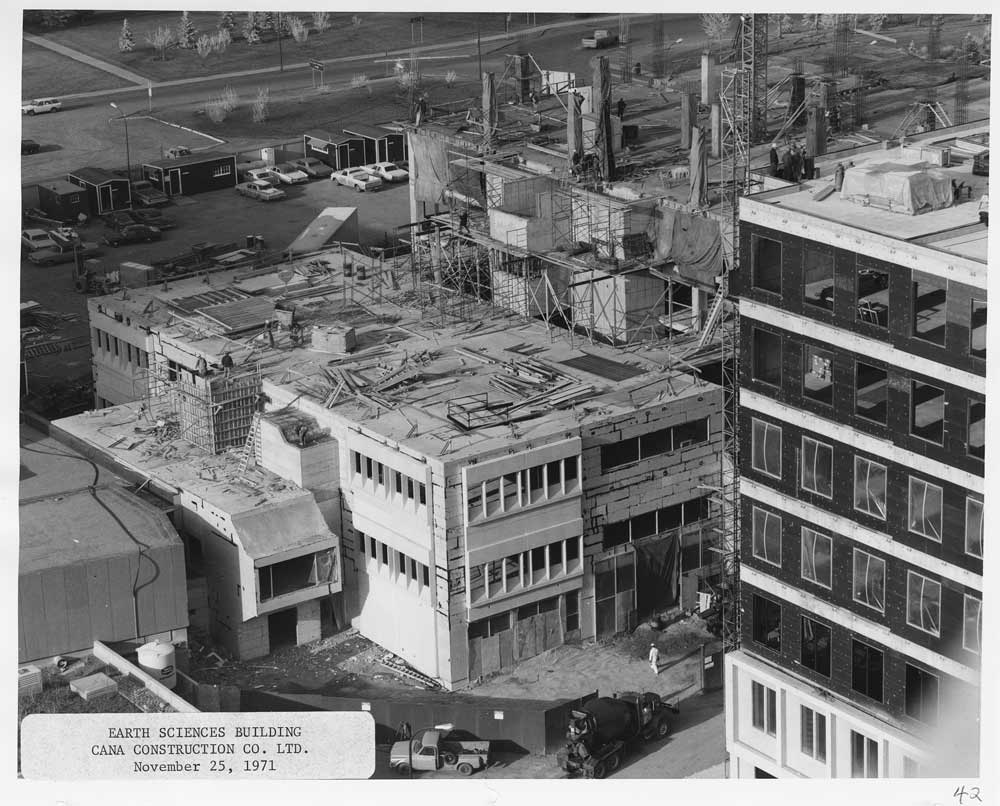 The colouring and placement [of the benches and tables was] informed by the concepts of plate tectonics, sedimentation, stratification and faults.