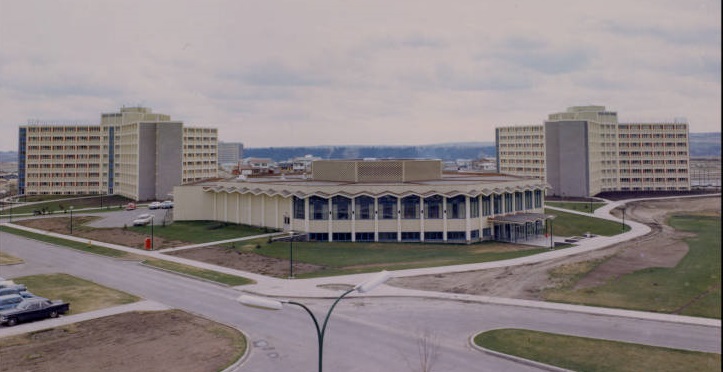 Prior to autonomy in 1966, many of the university’s buildings were designed by the Department of Public Works.  Three of these buildings (Rundle and Kananaskis Halls, and the Dining Centre), were built at the same time as their counterparts on the University of Alberta campus.  Public Works chose efficiencies of scale over design considerations and subsequently the residences are exact replicas of the UofA buildings, while the Dining Centre is a close replica of Lister Hall in Edmonton.

A Dining Centre was desperately needed on campus.  When the University of Alberta, Calgary campus began operations in the fall of 1960, only a small food facility existed in the basement of the Science and Engineering Building (now Science A).  Designed to accommodate 300 students, the facility was being used at lunchtime by 1,000.  Construction began on the Dining Centre in August 1964 with the grand opening shared with the two residences on November 12, 1965.

The speed with which the project was completed appears to have had long term repercussions on the space’s usability: in 1972, the Vice President (Finance & Services) complained that “The whole Residence and Dining Centre Complex was thrust upon the University after its original design was developed for a larger University with a vastly different student population. Amendments which were made in the original design only aggravated resultant problems.”  The problems were not identified in this report.

The 1964-65 Department of Public Works annual report notes that the Dining Centre was “designed to provide the dining room and additional lounge facilities for those students living in residence, as well as food services for the campus generally. The building is capable of seating 1,500 students at any one time. The main cafeteria which is provided with a ‘scramble’ type servery can seat 900. The future banquet room will be able to accommodate 300, the private dining room will seat 50, while a 250-seat snack bar will be located on the lower floor.

Unlike many of the buildings on campus, the Dining Centre never received a name. In October 1965, the Gauntlet, the student newspaper, floated the idea of Centennial Hall, but it doesn’t seem to have stuck.

The only major reshaping of the Dining Centre took place in 1987, when, in preparation for the campus becoming Olympic Village for the 1988 Winter Olympic Games, an underground connection was built between the Dining Centre and the Physical Education Building, now Kinesiology, where the new Olympic Oval had just been built. 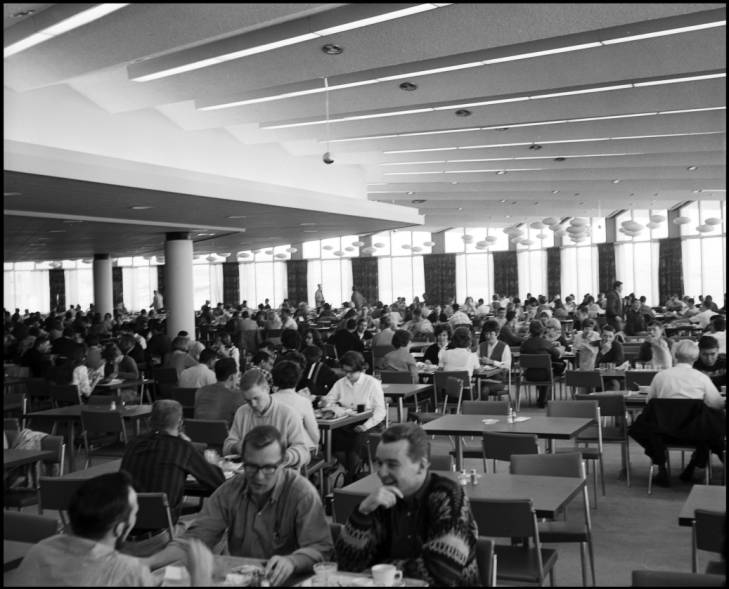 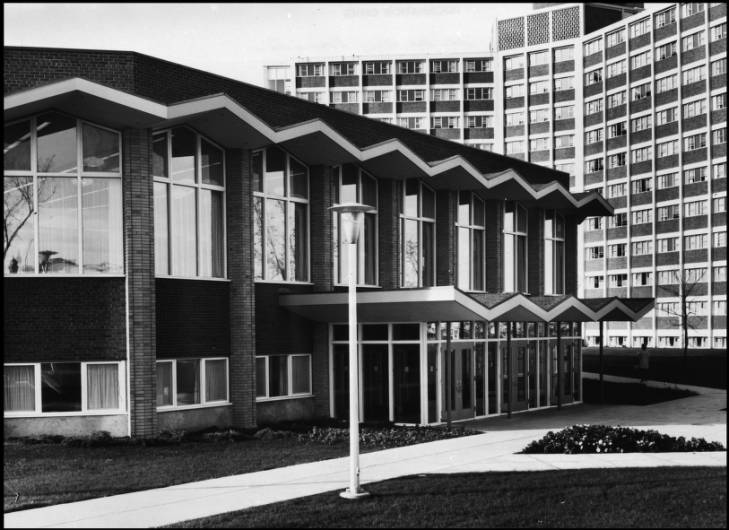 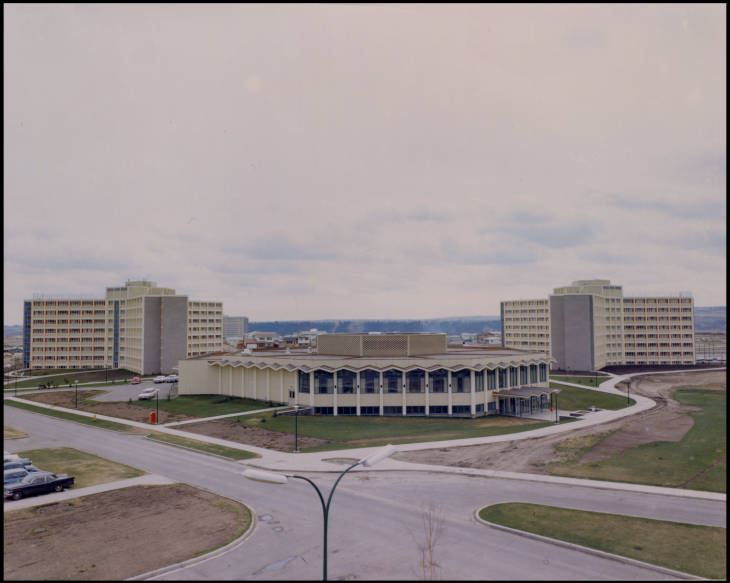 Unlike many of the buildings on campus, the Dining Centre never received a name.