Calgary Hall, now Craigie Hall, is one of the oldest set of buildings on campus.  Designed by the Department of Public Works, the Hall was initially meant to form a square around a courtyard.  The initial blocks (C, D, E, and F) were built 1964-1966 in an L-shape, with additional floors added to Block D in 1967.  These Blocks consist of classrooms, labs, offices, music rooms, and lecture theatres; Block G houses the University Theatre.

The Hall has been the subject of many unfulfilled plans over the years.  The “Calgary Hall Fine Arts complex” was initially designed to provide a hub for the departments of music and drama, but as one of the earliest buildings available for swing space, the Hall was the frequent target of shuffle plans as academic departments outgrew their initial locations in the Administration building or the 4th floor of the Library Block.  There were plans in 1977 to build Blocks A and B in order to consolidate both the Fine Arts and the Humanities departments; the plans never came to fruition.  In 1982, Block H was proposed that would accommodate special studio and performance areas with the high ceilings required by the Departments of Art and Dance; Block H was never realized either.  There was also the flurry of expectations in 2006-2007 when for a time Block C was slated for “deconstruction” to allow room for the planned digital library; Block C is still standing.

The Hall has had its share of maintenance woes, including mechanical issues, air duct systems, heating, and flooding.  And in October 1982, Block E was the site of a fire caused by a welder in the mechanical shaft.  The cost of the fire would climb close to $ 1 million.

The Hall is now one of two buildings on campus named for former faculty members.  In 1986, Calgary Hall changed to Craigie Hall to honour Peter Craigie, a professor in the Department of Religious Studies, later Department Head, Dean, and Vice-President (Academic).  Craigie died as the result of a car accident in 1985: “the renaming of Calgary Hall would be an appropriate honour considering the prominence of the building and its position on the campus…”

There used to be a cafeteria in the basement of Craigie Hall:
“Craigie Hall [food services] is very limited in space and has a problem with location, as the customers cannot find them in the basement. Their new food item this September will be the “Gourmet Hot Dog,” with the “Build Your Own Dog Bar”. 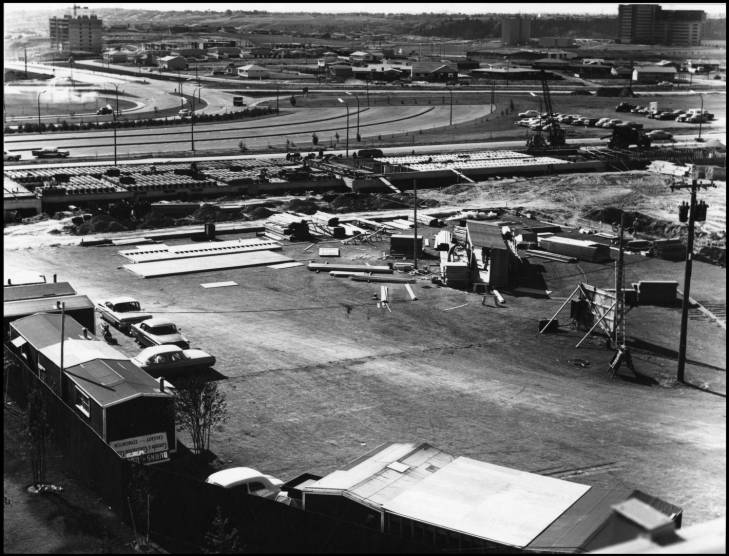 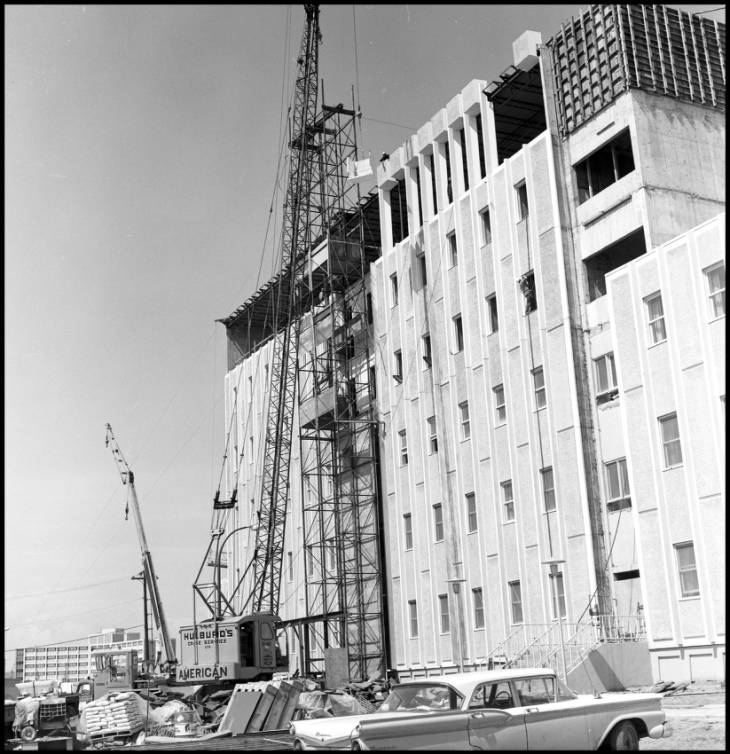 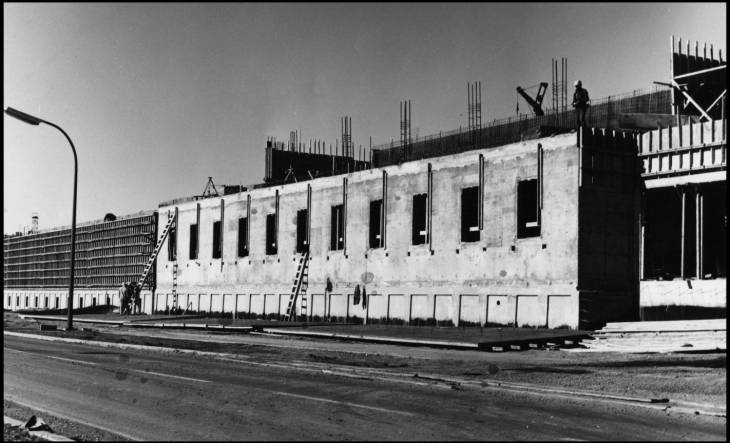 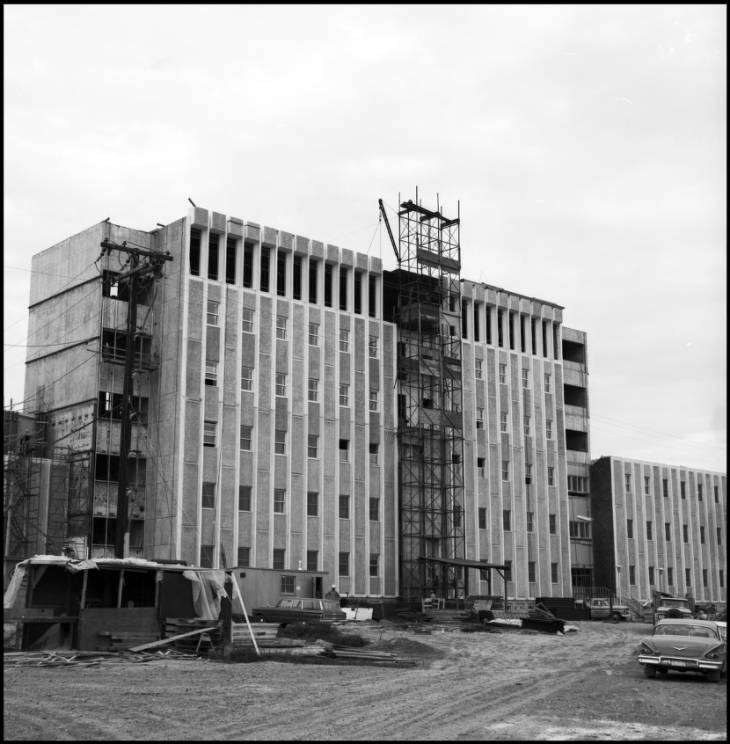 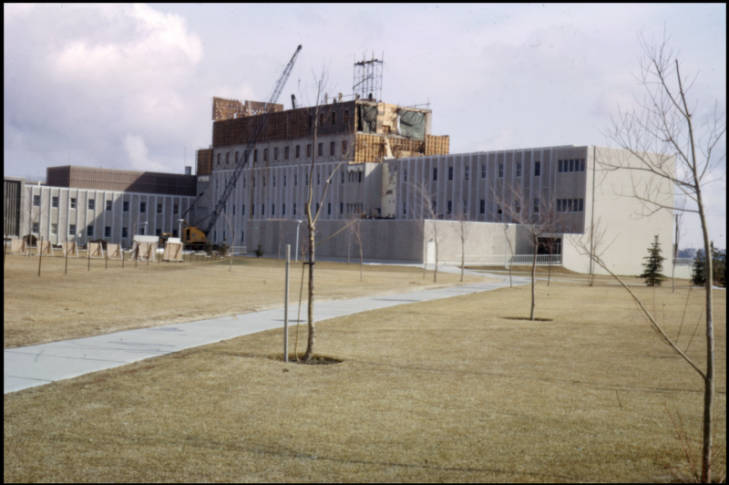 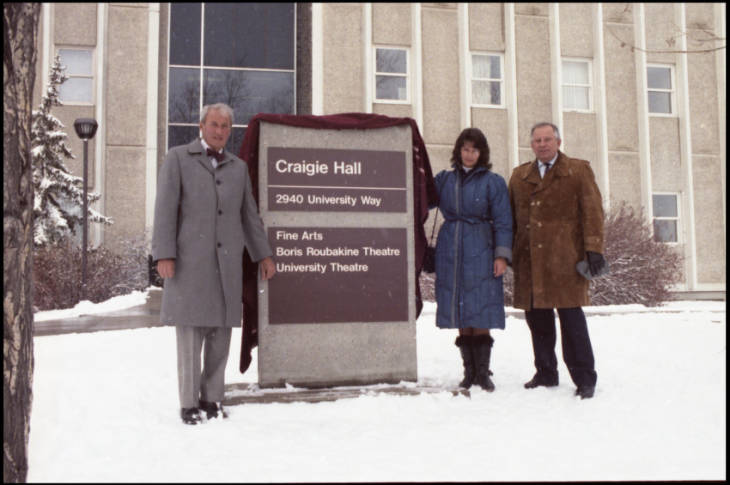 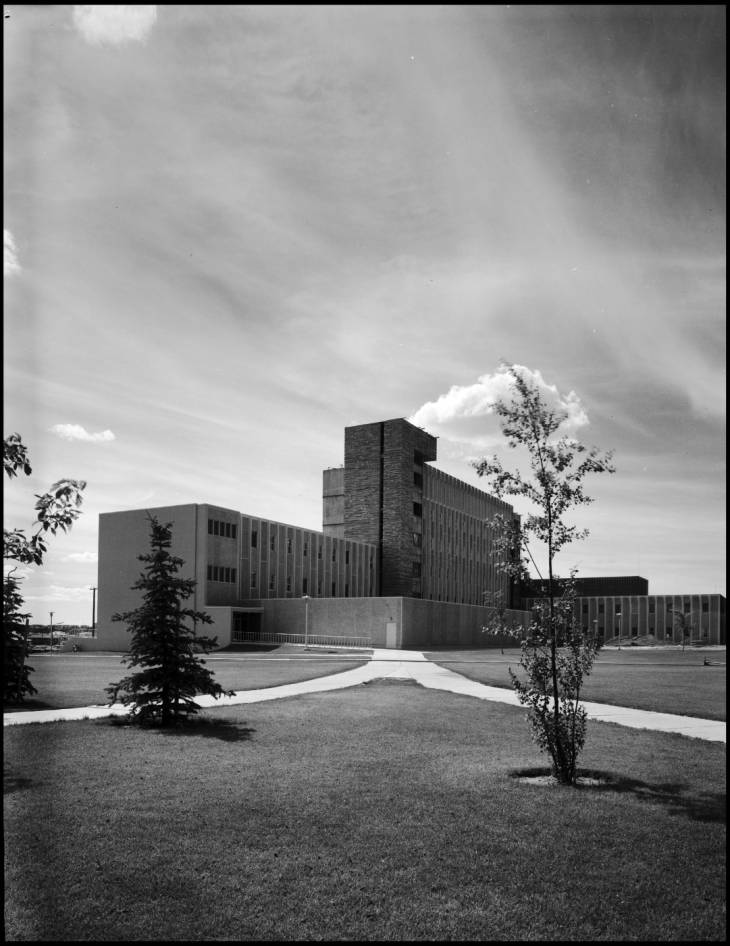 Designed by the Department of Public Works, the Hall was initially meant to form a square around a courtyard.