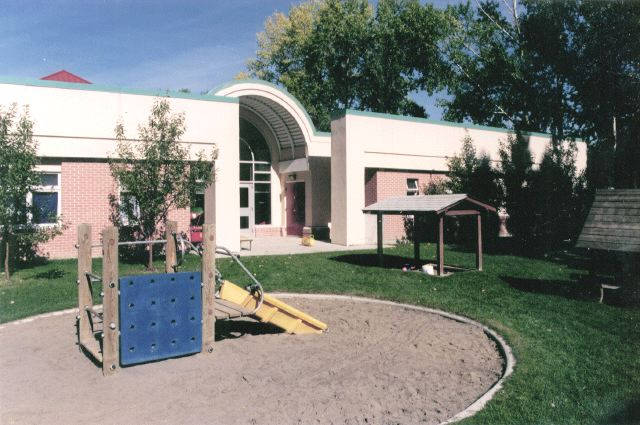 In 1974, the Board of Governors “approved in principle the establishment of a day care centre on campus.”  Grant money and temporary space in MacEwan Hall were allocated and in 1976, the autonomous Day Care Society opened a 60-space University Day Care facility.  Fifteen years later however, the President’s Action Committee on Child Care reported:  “…’no significant changes to the status quo’ perhaps best summarizes what has actually come about as a result of studies and submissions on the subject of on-campus child care since 1975.”

The 1990 report called for the establishment “of a comprehensive child care program,” and advocated for two facilities, each with a capacity of eighty children, the maximum number allowed by law.   The projected cost was $1.7 million with the first building ready for use by the end of 1991.  However, it took until mid-1992 for a budget ($1.2 million) and a design plan to be approved.

The Design Report presented in March 1992 described some of the possible areas in the Centre:  “Passing down the sky lit hallway, one passes over a bridge which symbolically announces a transition into the heart of the Centre. While the Large Muscle Play areas will be lively and boisterous with the sounds of children during many parts of the day, during early mornings and at nap time, it will offer a calming, relaxing experience…this ‘street’ space or atrium will have growing trees, plants, street lamps, suspended props such as flags, kites or wooden geese, perhaps the sound of water and lots of interesting play equipment. If money can be found, a Swiss Family Robinson type of tree house with a Winnie the Pooh cave under it, or a Japanese Garden or beach style of sand box could be integrated…”

While not all of this vision was achieved, the Child Care Centre opened in August 1993 just east of the Administration building.  The official opening date was October 18.  Imperial Oil donated $600,000 over several years, with the balance of funds raised through the university’s 40th anniversary “Building on the Vision Campaign.”

There was no further building on the site of the Child Care Centre; the next phase was the Child Development Centre, which was not completed until 2007, and is located on the West Campus. 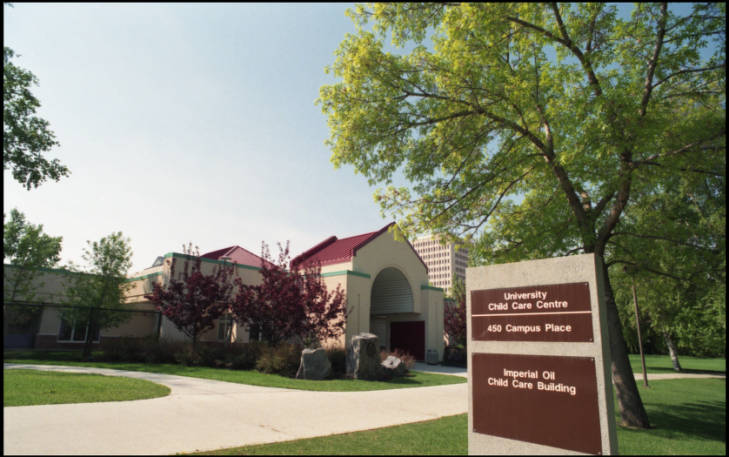 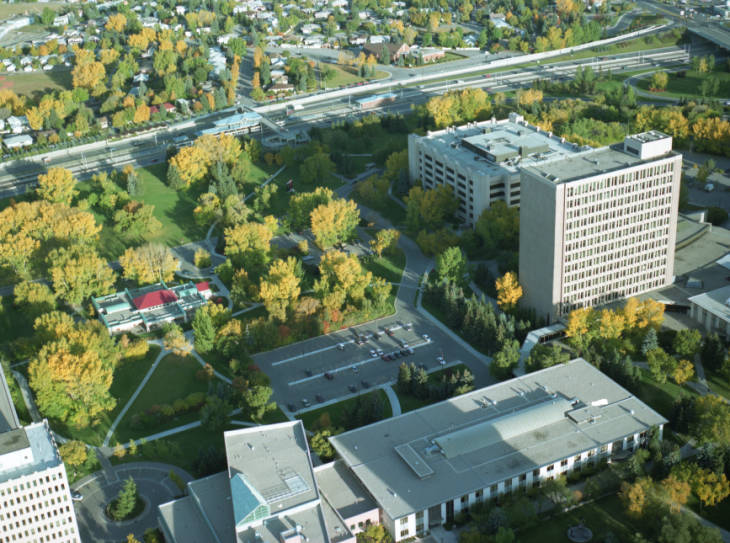 The design is based on two important aspects: children and research. The Imperial Oil Child Care building provides an important adjunct to the teaching and research missions of the University of Calgary.