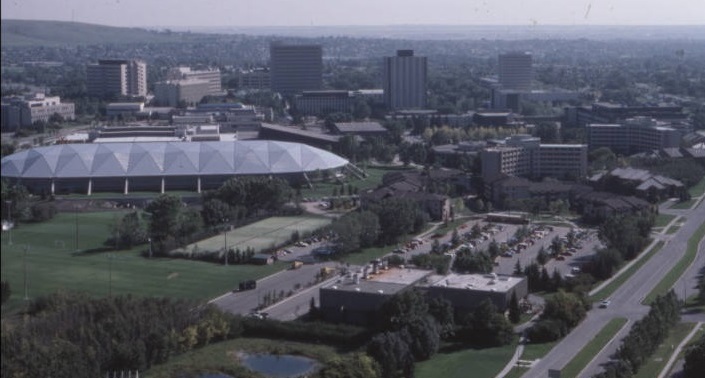 The university commissioned an engineering report in 1963 on the need for central power and heating facilities, and again in 1965 given the unprecedented growth rate of new buildings. The 1965 report recommended a central heating plant by the fall of 1967. The report noted that if, in 1963, they had realized how quickly the campus was going to grow, they would have recommended immediate construction; however, that plant would have now been too small.

By November 1965, the Department of Public Works reported the start of construction on an 8,700 square foot plant, scheduled for completion in January 1967.  Originally located near the Grounds building on the north-west side of campus, the plant’s final location is now in the south-west.  The plant had three gas-fired boilers producing hot water that circulated through the heating system and two “refrigeration machines” that produced chilled water for air conditioning.  The Bow River Pump Station brought water into the plant that had a cooling capacity “equivalent to melting 4,000 tons of ice in twenty-four hours.” The Plant cost $2.1 million.

Air conditioning flowed through the four service tunnels; Phase I of the tunnel system cost $2.4 million while Phase II, completed in 1967, cost $1.2 million.  The tunnels are solely for air conditioning, with some access for maintenance workers; they were never designed for, or intended for use as, pedestrian walkways.

By 1969, engineering reports indicated the near capacity of the air conditioning system with a projected failure by 1971.  One of the reports pointed out the necessity of cool air being available in the sciences complex, so that important research would not suffer.  Renovations were complete in 1972.

The university began contemplating the next major renovation in the mid-90s, investigating a cogeneration system to replace the old boilers.  In 2007, a report to the Board of Governors indicated:  “Although the cooling equipment has been upgraded, most heating equipment is now more than 40 years old. It has been 35 years since the last boiler was added, and no significant capital monies have been spent on the plant since then.”  An announcement in 2008 indicated the start of the multi-year changeover process aimed at also reducing the university’s overall environmental footprint.

Cogeneration uses a natural gas-powered turbine to generate electricity, and uses the heat that is a natural by-product of that process to heat the water that heats the campus. 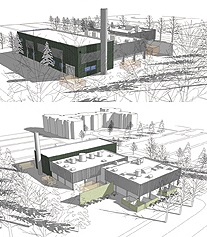 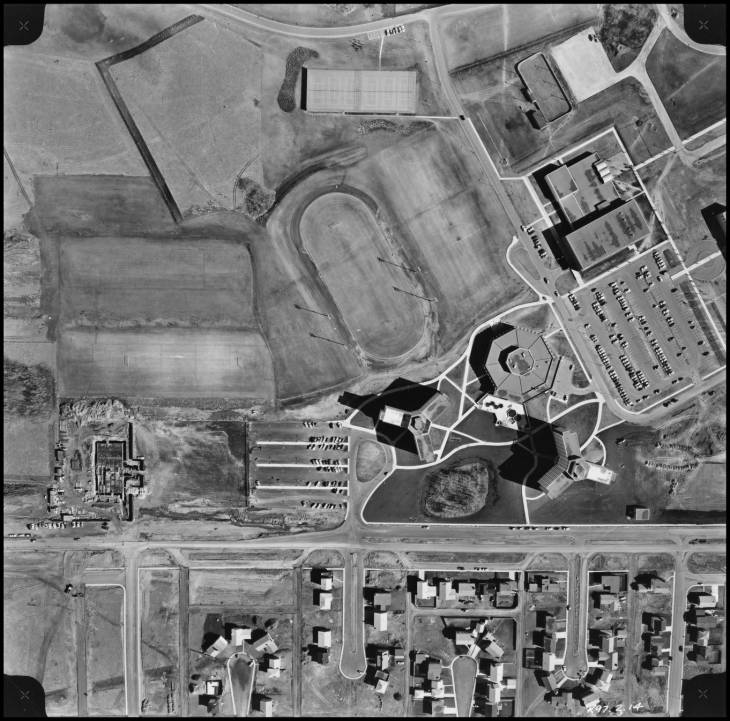 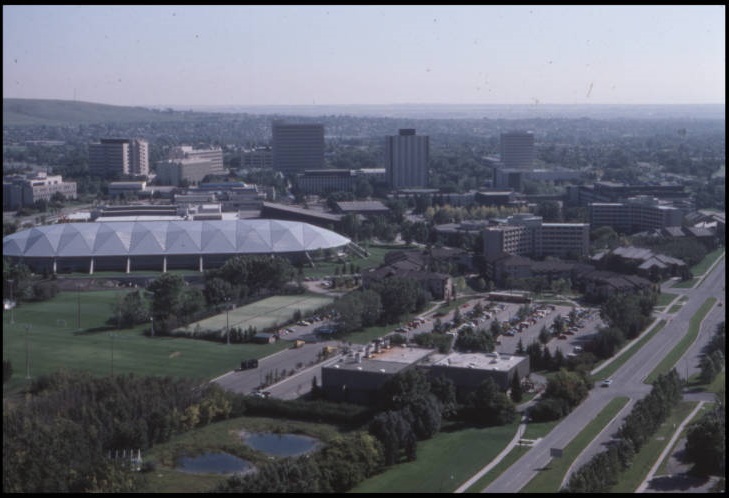 By 1969, engineering reports indicated the near capacity of the air conditioning system with a projected failure by 1971.