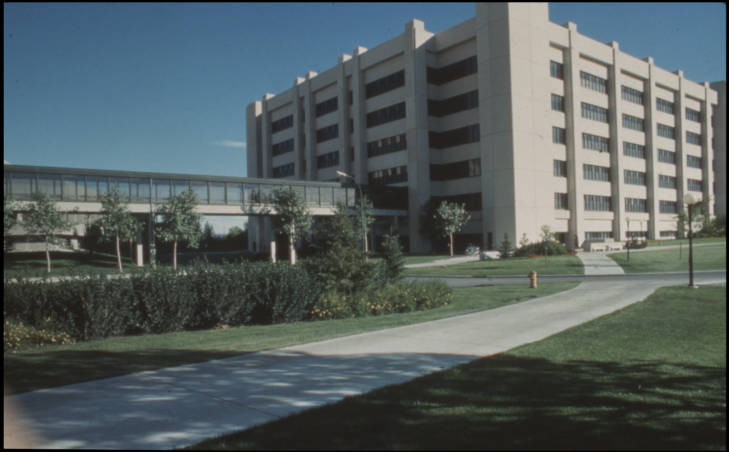 The Detailed Design Proposal for the Biological Sciences Building 1968 outlined a “multidisciplinary approach to Biological Sciences,” which the university, a “vigorous, new institution,” could “express and implement” because it had “not yet developed departmental or academic barriers which inhibit teaching and research.”  The building was designed “to offer maximum flexibility for, and maximum use by, undergraduates, graduate students, and faculty.”

The flexibility of Biological Sciences included building in stages (floors 1-3 in 1970-1972, followed later by floors 4-6 in 1974) and creating laboratory and learning spaces to “accommodate studies in environmental science, botany, zoology, microbiology, genetics, biochemistry, and physiology.”  Lectures would be given in the Sciences Theatres that were currently under construction, with additional undergraduate lab space in the existing Science A.

A symbolic grand opening was held November 10, 1972 that encompassed the first phase of Biological Sciences, and also the Earth Sciences and Math Sciences buildings.  Pool Construction completed phase I of the project for the contracted price of $4.2 million.

The upper floors of Biological Sciences have been home to other faculties and departments over the years; space was always at a premium and it was common for campus-wide shuffle plans to occur.  The Faculty of Law was installed on the fifth floor in 1976; the then Faculty of Social Welfare was also slated to move in, until safety concerns were raised.  The headline in a Calgary Herald article on March 6, 1981 read: “Radioactivity feared: Faculty shuns move to labs”.  One of the faculty members stated: “It’s a moral issue…That building was designed for science. People who go into hard science accept some risk from working with hazardous materials, but people who go into social services aren’t prepared to take that risk.” The university noted however that tests had revealed no cause for concern about radioactive leakage and “we’d never let our people move into a place where they were in any danger.” 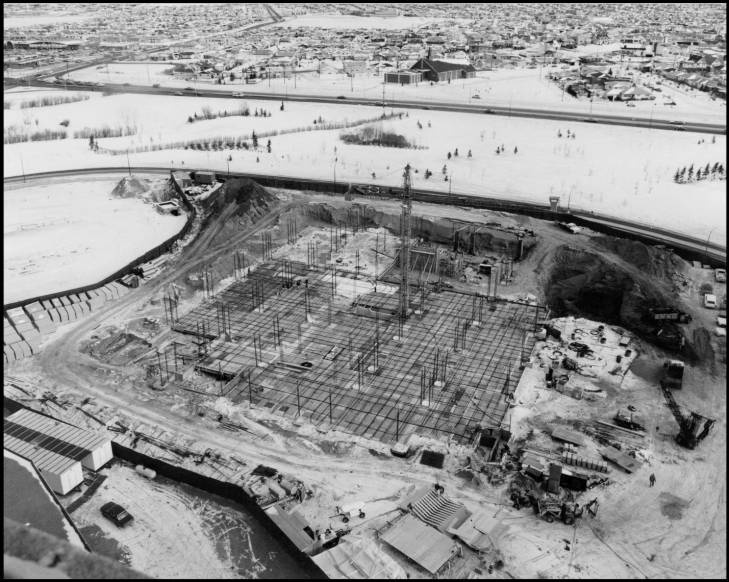 The building was designed “to offer maximum flexibility for, and maximum use by, undergraduates, graduate students, and faculty.”