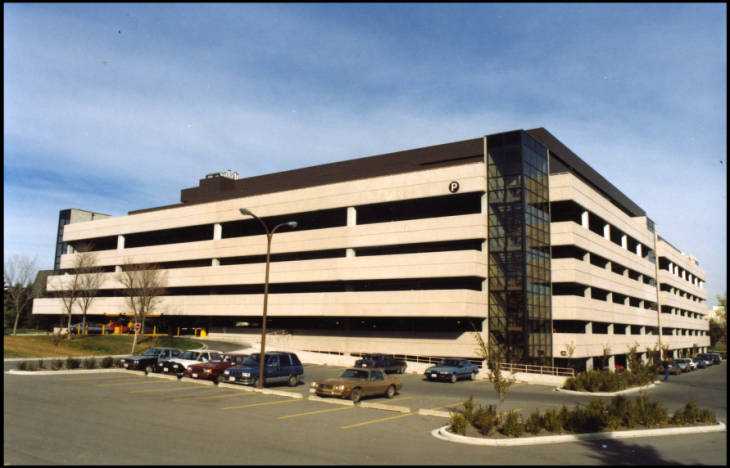 Beginning in the 1960s, parking on campus (or the lack thereof) was a constant topic of conversation, both for students and as an agenda item in numerous committees.  Although the University regularly added surface parking lots to its footprint, an actual parking structure took longer to consider.  By 1981, a proposal for an “Art Building and Parkade” promised some answers:  the building would have 1,288 parking spots, cost about $8.4 million, with an ambitious construction start of 1982.

The building would also house the Department of Art on the top floor.  While the combination of art and parking may appear odd, these were two of the outstanding infrastructure needs on campus in the 1980s.  The Department of Art had relocated to numerous buildings over the years and currently occupied 4,469 square metres of “high-service space” in the Science buildings.  Housing Art on top of the parkade would be economical, not disrupt the office function of Calgary (now Craigie) Hall by ousting the Humanities, free up the coveted high-service space in the Science buildings, not reduce any green space, and “complete the long-term objectives of accommodating heavy pedestrian traffic indoors” with the addition of a pedestrian skywalk.

The proposed construction date of 1982 came and went while the University considered the design and cost of the building.  The site location had “a high degree of visual exposure,” so “the architectural design was approached with some sensitivity to minimize the impact of such a large structure.”  Consulting architect Louis DeMonte contributed remarks on the early designs by “saying a lot of rude things about it” including that the design looked like an “octopus with tentacles coming down the corners.”  Operating budget cuts during the building development also resulted in a cancellation of the Ceramics program, and revamping the space intended for the program into a lounge area.

Construction eventually started on the Art Parkade in 1986, with the official opening on October 22, 1987.  There was some dissent within the Art Department as to the functionality of the working space including the size, location, and lighting of both the classrooms and offices; however, the Department was no longer scattered amongst seven different buildings.

The Art Parkade won an international design award in 1989 that recognized the unique idea and solution of placing an academic building on a parkade roof.  The award presenters commented on the ideal site of the parkade at a main campus entry with good road access, noted sensitivity of the architectural design in regards to its appearance from nearby streets and from vehicles entering the campus, and also that “the strong horizontal expression of the precast concrete parkade elements, together with the terracing of the end spandels and the rooftop Art Building, was successful in minimizing the physical bulk of this seven story building.” 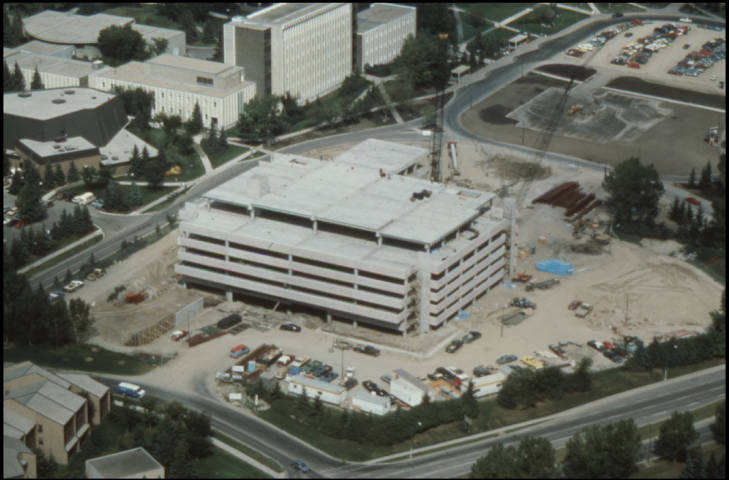 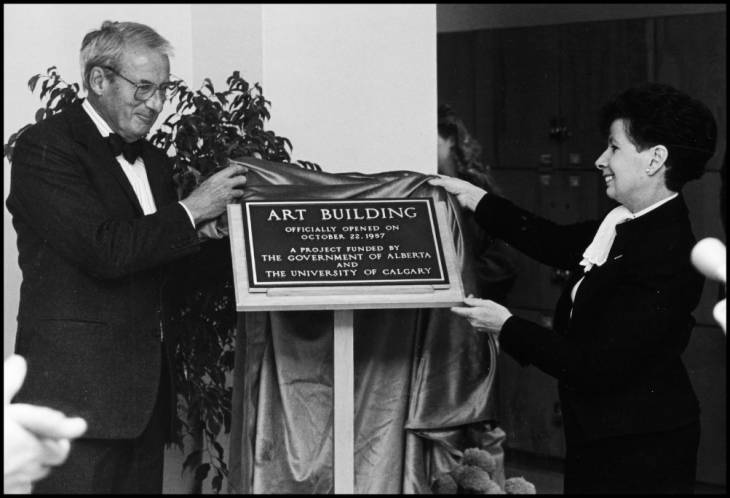 The Art Parkade won an international design award in 1989 that recognized the unique idea and solution of placing an academic building on a parkade roof.