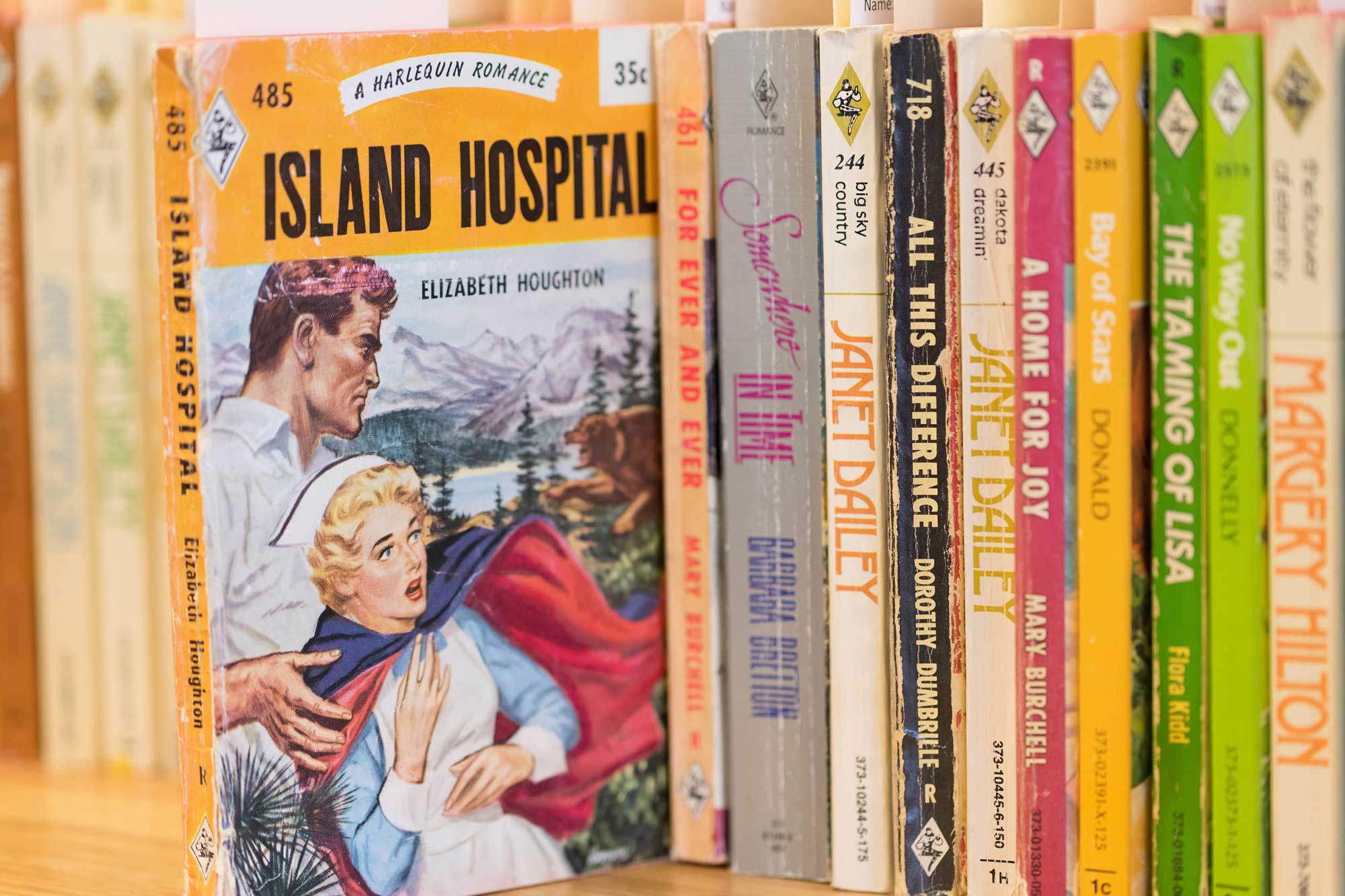 The University of Calgary’s Canadian Paperback Collection contains over 700 mass market paperback novels, significantly representing Canadian paperback publishing prior to 1961. The majority of the collection consists of the first Harlequin publications. Other publishers represented are White Circle, News Stand Library, Crow and Arrow.

Canadian paperbacks from this time are highly valued and relatively rare compared to their American counterparts, due to much smaller print runs. Harlequin novels have become especially scarce in Canada as they are sought by collectors internationally. The Canadian Paperback Collection is an excellent resource for research into Canadian popular culture as well as the history of the book in Canada.

In May 1949 the Harlequin publishing company was founded in Winnipeg, Manitoba. Their original purpose was as a paperback reprinting company. During the company’s first few years, they published a variety of books, including stories by popular authors such as Sir Arthur Conan Doyle and Agatha Christie. Harlequin stepped into the romance genre in 1953 when they began to publish popular medical romance stories. Then in 1957, Harlequin became the North American distributor for British publisher Mills & Boon’s romance category.

The huge success of the romance novels led to the company’s move to Toronto as they evolved into a major player in the publishing industry. In 1981, the media company, Torstar Corporation, purchased Harlequin and have continued to successfully publish books in over 30 languages around the world.